It is an almost impossible task to reach a universal agreement regarding the ‘best’ of almost anything, especially when it comes to something artistic. This article explores the pianists who I feel are outstanding in their field. They have, to my ears, made a hugely valuable contribution to the world of the piano and the promotion of its repertoire.

Daniel Barenboim has been a pianist/conductor who has been an inspiration and influence for me for decades. Barenboim was born in Buenos Aires in 1942 and begun to study the piano as early as 1947 with his Mother and later his Father. Remarkably, Barenboim’s Father has been his only instrumental teacher. A turning point for the young pianist came in 1954 in Salzburg when Barenboim became the youngest musician to join a prestigious conducting class run by Igor Markevich. It was in this pivotal year that Barenboim also met the legendary Wilhelm Furtwängler who described the young pianist as a ‘phenomenon’.

From this year forward, Daniel Barenboim was set on a course to the greatness that included studies with Nadia Boulanger in Paris, and in the mid-1950s a meeting with Leopold Stokowski who extended a performance invitation that launched Barenboim’s performing career.

One of my first Barenboim recordings I purchased was of the Beethoven Piano Sonatas. In 1960 he performed the complete cycle in Tel Aviv. In 1966 Barenboim married the extraordinary cellist Jacqueline Du Pré with whom he performed regularly until her untimely demise in 1987 with multiple sclerosis.

There are far too many achievements and accolades to mention in this brief account of Barenboim’s extraordinary career, but I need to mention his Directorship of the Chicago Symphony Orchestra (1991), General Music Director of the Staatsoper Unter den Linden (2002), and his recent receipt of an honorary Doctorate from the School of Oriental and African Studies alongside the 2008 Gold Medal from the Royal Philharmonic Society. I also recommend his book “Everything is Connected” that contains a collection of highly stimulating and insightful essays.

Not only a consummate concert pianist but an avid advocate of musical education, Lang Lang is one of the most remarkable pianists of the 21st century. His name translates loosely as meaning ‘brilliance of the sky’ and he is certainly one of the most influential musicians of his age. He left his birthplace in China to come and study the piano with Gary Graffman at the Curtis Institute of Music in the US. At the tender age of thirteen, Lang Lang won the prestigious Tchaikovsky Piano Competition, and at only seventeen, Lang Lang’s career took a significant step forward when he performed Tchaikovsky’s First Piano Concerto with the Chicago Symphony Orchestra under the baton of Christopher Eschenbach.

Such was the impression that Lang Lang left on the audience that the invitations to perform came streaming in and his success guaranteed. Awards like his performances have been numerous during his career, and include honorary Doctorates from The Royal College of Music, London; New York University, and the Manhattan School of Music. Lang Lang has also received the highest civil honors from both Germany and France alongside the greatest possible acknowledgment of his achievements to culture from The People’s Republic of China in 2011.

Lang Lang’s list of albums is impressive and includes a broad variety of pieces from the piano repertoire. The most recent album he claims has been twenty years in the making and is of the JS Bach ‘Goldberg Variations’.

Lang Lang says that he has studied these landmark Baroque pieces for two decades preparing to realize a lifelong dream to record the works. This album represents a recording of immense importance for Lang Lang that is personally reflective. The reviews have underlined the quality and impact of this Bach album and its importance not only to Lang Lang but to the musical world in general.

Pianist Mitsuko Uchida was born in Japan, late December 1948. Fortunately for Mitsuko Uchida, her parents were in the Japanese diplomatic service and the family moved to Vienna in Austria when Uchida was only twelve years old. It was in Vienna that Uchida studied piano at The Vienna Academy of Music with great names like Wilhelm Kempff. Her inaugural recital was at the age of fourteen at the Vienna Musikverein.

Mitsuko Uchida is renowned for her interpretations and recordings especially of Mozart, Schubert, and Berg. She has recorded all the Mozart Piano Sonatas and I find this complete set one of the most enjoyable available. This set won the Gramophone Award in 1989.

What perhaps singles out Uchida from other contemporary pianists is her devotion to the works of Schoenberg, Berg, and Webern. Uchida made a beautiful and exemplary recording of Schoenberg’s Piano Concerto with the conductor and composer Pierre Boulez that won a Grammy Award in 2011. Many other awards and qualifications have been given to Uchida including an honorary Doctorate from Oxford University (2009), the Gold Medal from the Royal Philharmonic Society (2012), and another Grammy for ‘Best Classical Solo Vocal Album’ (as accompanist), in 2017.

Alfred Brendel is perhaps the most renowned pianists of our time, often considered by many to be the greatest living pianist. Brendel is a poet, pianist, and major ambassador for classical music. Unlike many musicians, Brendel did not come from a musical or artistic background. Brendel notes that neither of his parents was musicians and music did not play an important role in his childhood home.

At six years of age, Brendel received his first piano lesson from Sofia Dezelic. Later Brendel studied at The Graz Conservatory, Austria under Ludovika von Kaan. Taking into account a few masterclasses Brendel enrolled for, he did not undertake any further formal piano training. This in itself makes Alfred Brendel’s achievements all the more remarkable. Instead, Brendel embarked upon a lifelong self-taught path that centered around ‘figuring things out for himself’ by listening to other pianists, conductors, and singers.

Brendel did not experience an earthshattering rise to fame and fortune. His career as a pianist evolved with a deliberate grace that is, I feel, reflected in his recordings. The discography Brendel has compiled over the term of his career is exceptional and ranges from Bach, Mozart, Schubert, and Haydn to Schoenberg. Brendel is felt to be one of the best interpreters of the works of Schubert and if you wish to see a live performance by this brilliant pianist book early as his concerts sell-out the world over. 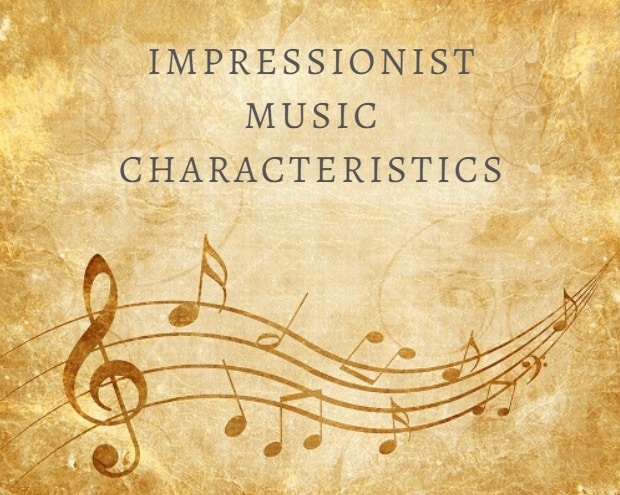 Dr Justin Wildridge - Dec 23, 2019
Like so many artistic movements that have evolved in Western Art Music, Impressionism was an organic extension of what was developing in the fine...