I regularly hear the term ‘classical music’ being used to describe anything from Phillip Glass through to Josquin Des Prez. It is a way of broadly distinguishing what can be called ‘popular music’ from the plethora of other genres of music. The thing is, if we are commenting on classical music as opposed to classical music, then we are talking about a specific period of Western Musical History that approximately covers the years from 1750 – 1820.

The term ‘classical music’ was not in common use until the beginning of the 19th Century when it became used to extol the accolades of composers such as Bach, Mozart, Beethoven, and Haydn. Interestingly, today many feel that contemporary Art Music, John Cage, Brian Ferneyhough, George Benjamin, or Thomas Ades for example, cannot be described as classical at all. In the case of these composers, the umbrella of avant-garde or experimental is considered more appropriate.

Another consideration and distinction are that classical music, using the broad term, is not written purely with financial and commercial gain in mind. Whilst it could reasonably be argued that the music of Mozart and Haydn was composed to appeal to an elite echelon of society, it was also written with a view to its longevity and development of the musical arts. Most popular music available since the 1950s, for instance, has been developed for a short, sharp hit that promotes the artist or band and collects an impressive amount of revenue.

If we are discussing the classical period of music, then the term derives from a period of time during the great Roman and Greek Empires that has become known as the ‘Classical Period’. The relationship between the musical period and that of ancient history exists because the artists from the classical period of music were inspired and motivated by the philosophy, art, and civilizations of ancient history. This nostalgia for this ancient Greek and Roman period of history gave rise to all manner of technological and artistic advances.

With these associations, the word ‘classical’ or ‘classic’ is sometimes applied to music that has become so entrenched in the human psyche that it is almost thought of as lasting forever. This contrasts with music from other genres whose musical life expectancy may not be thought of in the same way.

Like each successive period of musical history, one is a reaction to and against the one that preceded it. From the ornate and highly polyphonic music of the Baroque developed the sleek, homophonic beauty of the music of the classical composers. If you look at the architecture of the Ancient Greeks, for example, you can see how measured, calculated and geometric the buildings are. Whilst this is a generalization, it parallels the music of the 18th century and it is here that the link to ‘classical’ becomes concrete.

In more detail, if you examine the structure of a classical piece of music, a concerto, for example, a whole new musical form emerges at this time called ‘sonata form’. This very ‘classical form’ of music can be described as falling into three interrelated sections as follows: exposition; development and recapitulation. Without going too deeply into this innovation what you have in this structure is a carefully balanced harmonic framework that mirrors the structures you find in ancient times.

The dominance of tonic and dominant harmony pervades this form as does the exploration of two contrasting themes. The resolution is always a harmonious one with the musical material fully developed and allowed to flourish within the constraints of the form.

The classical influence even shows through in the creation of melodies in the Classical Period. What is referred to as ‘periodic phrasing’ is a characteristic of the music meaning that melodic phrases frequently could be counted in bars of four plus four with the first four ending in an imperfect cadence, and the final four a perfect cadence. These compositional decisions and traits were highly reflective of the artistic thinking of that period of musical history and there are many more features besides.

These include the instrumentation that can be associated with the classical period of music and the development of the orchestra that expanded not only its string section but brass, woodwind, and percussion as well. The piano alone is always an instrument that not only grew in popularity during this period but has a seamless connection to classical music from that period forward. Think of the tremendous catalog of piano sonatas and concertos that stem from this era of musical history. These pieces, especially the concerto, paved the way for the virtuoso performers that dominated the Romantic period of music and have themselves become icons for the classical world of music.

To return to the wider implication of the word ‘classical’, I find it is used to bring gravity to a piece of music. Classical music is perhaps felt to be more ‘serious’ than other genres like folk, jazz, or music from popular culture. It is certainly true that some classical pieces tend to align with an abstraction that can alienate a listening public and assure the placement of the music in the classical box, but that is to ignore the countless number of pieces by composers that are intended to evoke scenes or specific emotions. Even though these may contain serious moments you will nearly always find the composer has written music that invites and invokes a balanced spectrum of moods and emotions.

It can also be that the seriousness that is mentioned is that classical music can require greater concentration than a three-minute pop single to fully appreciate it, or repeated listening to access all the layers of the piece. For many compositions, I would agree that this can be the case but then the wide classical catalog includes far too many pieces that do not demand an academic rigor to appreciate and personally attach to.

Think of Samuel Barber’s ‘Adagio for Strings’; Mozart’s ‘Eine Kleine Nachtmusik’ or Gustav Holst’s ‘Planet Suite’. What makes Classical music Classical is perhaps in the end, a thrilling combination of ancient philosophies, brilliant innovation, and the development of a lasting ‘art music’ that remains firmly embedded in the human heart and mind. 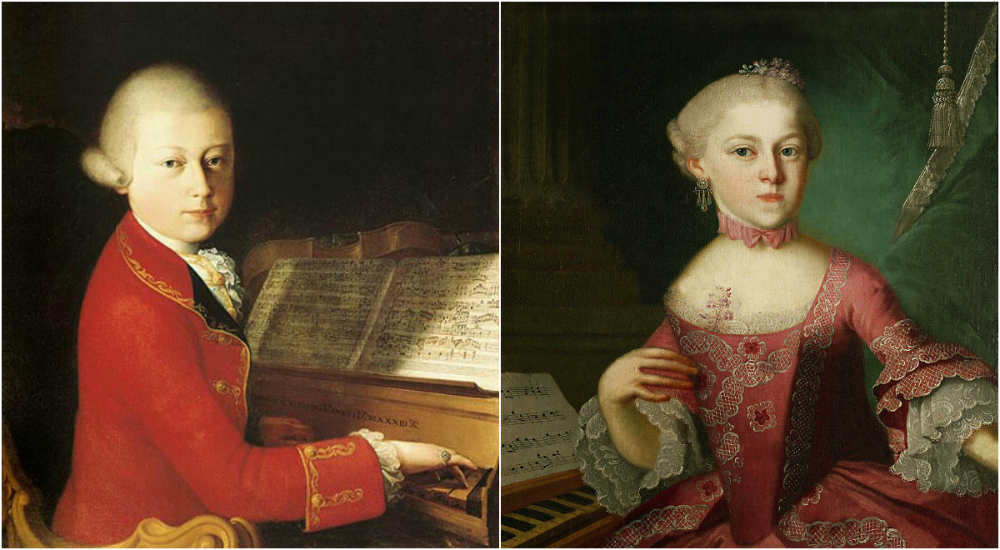 Maureen Holland - Aug 31, 2015
Johannes and Friedrich Brahms Johannes was the golden child. Two years older than Friedrich, he was quickly marked for greatness by his piano teachers. Wanting...