The world of Western Classical Music covers a vast array of extraordinary music to make every sense tingle. This article will take a brief look at those pieces from this wealth of music that can be considered to be frightening and scary.

Many of these pieces interestingly have inspired many notable and successful film composers to write works of their own that have sent chills running down the audiences’ spines.

This work from the early part of the twentieth century has been one of the most celebrated Cantatas of all time. It has also been the inspiration for many a film track (perhaps most obviously, Gerry Goldsmith’s “The Omen”), as well as being used for many adverts. The cantata is a setting of a collection of texts from the 13th Century in both Latin and medieval German that were discovered in the early 1800’s in Beuren in Bavaria. This also gives the work its name, meaning, Song of Beuren.

It is scored for a huge orchestra, full choruses and soloists that bring enough power to any performance that you cannot fail to be moved by the experience. The opening section is perhaps the scariest with almost the full strength of the assembled musicians opening with huge fortissimo chords. The part of the work is essentially a hymn to fortune and serves as both the opening and the close of this astonishing work.

In spite of all the personal issues Mussorgsky suffered in his lifetime, he managed to achieve the seemingly impossible and finished the composition of this work in little more than twelve days. There are two versions of this terrifying piece, the one above by Mussorgsky, the other an arrangement by Rimsky-Korsakov that includes a famous thunder-clap.

This orchestral tone-poem has a relentless energy that endures for the entire piece with only a brief pause for reflection at the mid-point of the work. From the outset the images of violent winds swirling about and a furious demonic presence is evident. The witches of the first section are all too apparent as is the finale which conjures the witches Sabbath.

Berlioz himself described this final movement of his breath-taking symphony as diabolical so you can rightly expect a petrifying experience when you listen to this work. At this stage of the symphonie, we reach the end of a long journey in which the composer himself (represented by a suffering, suicidal artist), can see his own death.

The title Berlioz gives this Finale is “The Song of the Sabbath Night”, which provides an excellent clue what to expect in this electrifying ten minutes of music. Throughout the movement, there are extremes of dynamic, violent outbursts, and Berlioz even quotes the Dies Irae, or Day of Wrath from the Latin Mass, underpinning the terror he intends to generate in this music.

Add into the mix the truly experimental orchestration that Berlioz uses, including asking the string players to use unconventional techniques and the oboes to glissando, and you have a justifiably scary piece of symphonic music.

I may be stretching the truth slightly, but this is probably one of the most commonly associated pieces with dark menace and horror. It could be the fact that the piece is composed for a solo organ that gives it a chilling feeling or maybe that it is written in the rich, shadowy key of d minor.

There is no doubt that Bach was a master of the music he wrote and fully aware of the effect this music would have on the audience. From the opening mordent, there is an emerging feeling of something terrible and great nearby.

What may also be firmly in the mind of many listeners today is the number of horror movies that have gainfully employed Bach’s work as their soundtrack. As early as 1931 it was used in an orchestral arrangement for Rouben Mamoulian’s film of Dr Jeckll and Mr Hyde. Even Walt Disney could not resist the lure of this great organ work and included it in his 1940’s film “Fantasia”.

From the murky, sinister rumblings at the opening of this symphonic work lets us know we are somewhere strange and unnerving. This is another tone-poem similar to the Berlioz and Rachmaninov scores it for an equally large orchestra.

The work was composed spontaneously after Rachmaninov saw a painting of the same title by the artist Arnold Brocklin which shows a solitary coffin being rowed across the water to a strange island. From the opening mysteriousness, the music unfolds as if Rachmaninov is gradually revealing the painting to us as the sense of direction and purpose becomes more focused.

Little musical fragments are introduced into the music and like the Berlioz Symphonie, Rachmaninov also chooses to use the Dies Irae bringing an even more grave anticipation to the piece. We move further into this disquieting world to be given a short glimpse of something more joyful and bright but Rachmaninov returns to the sombre mood of the beginning to close the work.

This famously creepy piece has many versions but is perhaps now best known as a piece for Violin and Piano or Orchestra. It’s easy to see why Saint-Saens was inspired by the ancient idea of Death as a violin player and dancer and to write a symphonic poem that beautifully captures this.

The legend tells that on the eve of All Hallows, Death brings the dead from their graves to dance a diabolical dance for him as he plays the violin. There are many musical devices that Saint-Saens uses in this piece to evoke the devilry including the harp chiming a single note ‘d’ twelve times to indicate midnight and the use of the tri-tone commonly referred to as the ‘devil’s interval’, once banned by the Council of Trent in the Renaissance for that exact reason and first heard played by the solo violin like stabs of anguish or pain. The piece is now better known as the theme tune for the UK mystery, crime series titled “Jonathan Creek”. 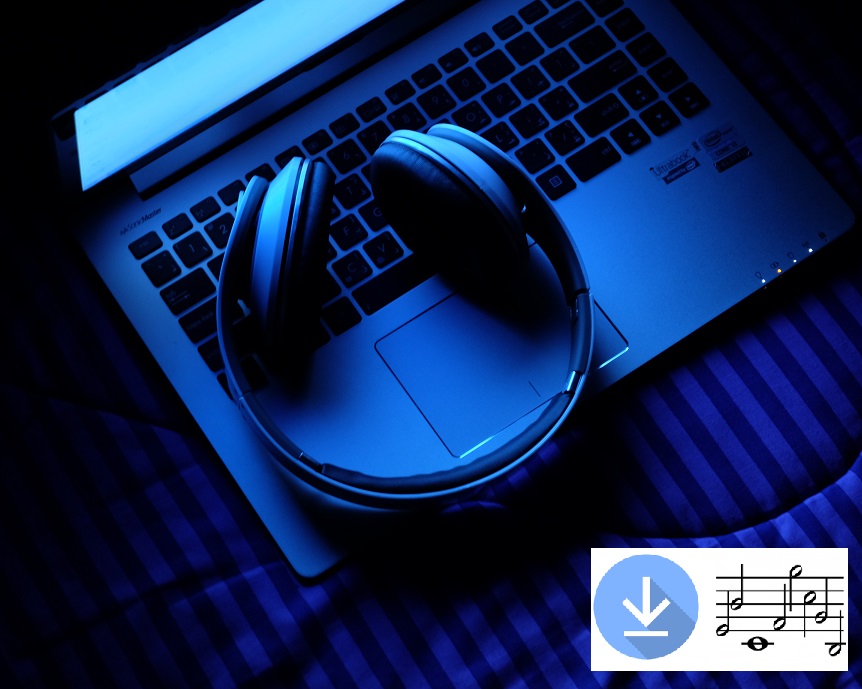 CMUSE - Mar 21, 2017
What Is Music Torrent? There may have been times where you have come across a website or link that allows you to download free music,...

Take a look inside a Stradivarius in this 3D video