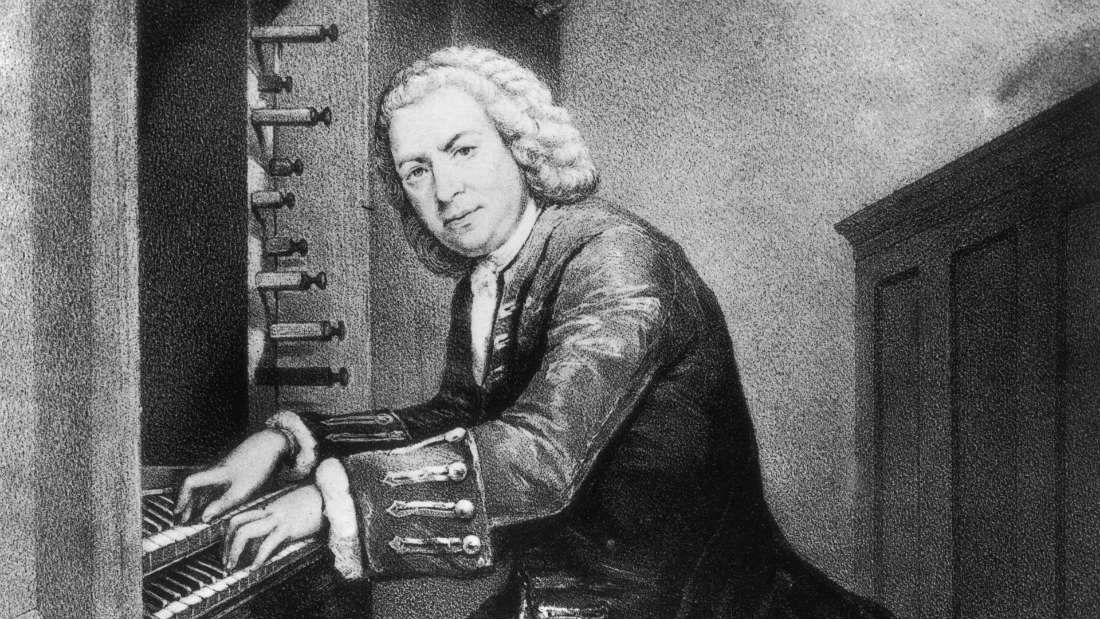 Dubbed “the Homer of Music”,  Johann Sebastian Bach was recognized as the greatest master of harmony and counterpoint of all time—for harmony is to music “what logic is to philosophy, draughtsmanship to painting, and mathematics to architecture,” wrote T. C. W Blanning in The Triumph of Music.

His devotion to the Christian God and the Lutheran tradition, which had a high demand for religious music, put sacred music at the center of his repertory: according to the Bach-Werke Verzeichnis compiled by Wolfgang Schmiedler, there are 224 cantatas (BWV 1-224); 25 large scale choral works including his Passions; 275 chorales and sacred song (BWV 250-524) and 224 organ works ( BVW 525-748).

No money nor Thank Yous for his Brandenburg Concertos

In 1721, Bach presented the Margrave of Brandenburg with a bound of manuscripts containing six lively concertos for Chamber Orchestra. For that, he never received any payment, nor was he ever thanked. At the time Bach wrote them, he was the Kapellmeister in the small town of Cöthen and, since the Margrave of Brandenburg ignored his gift, Bach presided over the first performances in Cöthen.

The name “Brandenburg Concertos” was coined by Bach’s biographer’s Philipp Spitta 150 years after their conception. However, even though Bach himself did not call them “Brandenburgs,” he conceived them as a set nonetheless.  He compiled them from short instrumental sinfonias and concerto movements he had already written, and then proceeded to re-writing and re-elaborating where he saw fit. You can definitely see a dramatic arc that develops in the course of the six concertos: the first one is brilliant, while the last one evokes a spirited chase.  Coethen, surprisingly, had an orchestra with a lot of talented musicians: The reason? Friedrich Wilhelm I of Prussia, known as the Soldier King, disbanded the Berlin Court Orchestra because he was more interested in military strength than art. By chance, seven of the best musicians were sent to work in Coethen, ruled by music-loving Prince Leopold.

He and Händel were blinded by the same eye doctor 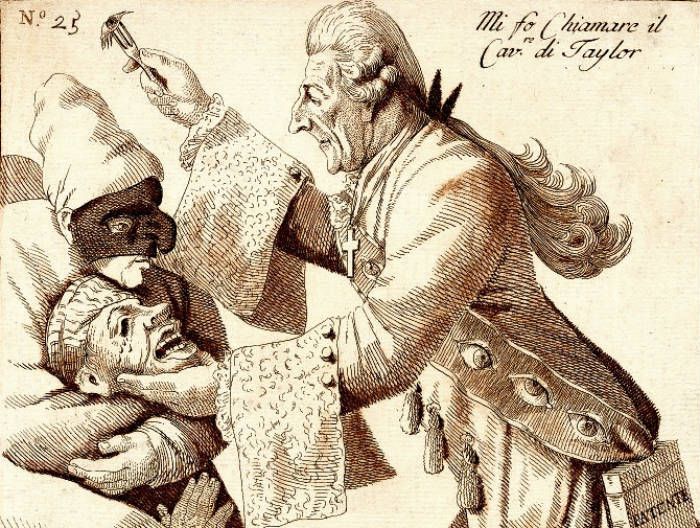 Both Bach and Händel underwent eye surgery performed by the same eye doctor, namely Cavalier John Taylor. Following a failed cataract surgery by Taylor, Händel lived with declining vision for the last decade of his life, while Bach died a few months after a surgery for a “painful eye condition.” According to Daniel Albert, author of the history of ophthalmology book “Men of Vision,” neither expected the operations to work out well: at that time, physicians had no concept of bacteria and no anaesthesia. Taylor, however, was a flamboyant charlatan.  Whenever he arrived in town, his arrival was heralded by placards and handbills. His coach was decorated with eyeballs  paintings and the motto qui dat videre dat vivere (He who gives sight, gives life. : when he practiced actual surgeries he drew crowds in the town square, and swiftly got out of town before the patients removed their bandages. In Bach’s case, not only did his surgery fail, but he also developed a post-operative infection, which was treated with laxatives and bleeding. By the time he dictated his final work, he was blind and died a few months later.

In mystical numerology or gematria, B equals 2, A equals 1, C equals 3 and H equals 8: the sum, as you might guess, is 14. Both 14 and its mirror 41 —the number obtained by adding the numerical value J and S to the computation— were among Bach’s favourite and  they are hidden countless times within the notes and musical structure of Bach’s music. Need an example? There are 14 Canons in the Goldberg Variations and 14 Contrapuncti in the Art of Fugue.

We like NPR’s definition of Bach’s Goldberg’s Variations as a “Rubik Cube of Invention and Architecture. Published around 1741 with the title Aria with diverse variations for a harpsichord with two manuals,” it showed what is possible at the keyboard in terms of technique, virtuosity, finesse and sophistication. In a symmetrical construction, it begins with an aria which is both tranquil and ornamented, and whose bassline fuels the following 30 variations, and the piece ends the way it began, namely with an aria. As far as other symmetrical facts are concerned, variation 15 marks a division in the work and every third variation is a canon which starts in unison and then develops into a canon in ninths.

Harpsichordist Louis Marchand fled from a duel with Bach

In the early 18th Century, Jean Baptiste Volumier was the concert master of King August of Saxony, where French music was on the rage. However, in 1717, a very renowned harpsichordist named Louis Marchand paid visit to the court: after he offered a recital to the king, the latter was so impressed that he made Marchand a generous offer of a court position. Feeling threatened, Volumier sent an invitation to his counterpart at the Weimar court, namely Johann Sebastian Bach which he eagerly accepted. Upon his arrival, Volumier took Bach to listen to Marchand playing. Bach, who had concealed behind the tent during the concert, eventually challenged Marchand to a contest, which he accepted.  Each man would set to the other a series of musical tasks, including themes to improvise and styles to imitate. Upon hearing about the news of the contest, King Augustus decided to offer a prize of 500 Talers to the winner.

However, the day of the contest, with the Royal Family and the Aristocracy in attendance…Marchand bailed. As soon as he realized he was about to suffer a humiliating defeat, he had left by stagecoach and was on his way back to Paris. To infuse things with a darker humour, a servant had also snatched the prize money. In the end, instead of a contest, the noblemen from Dresden were treated to a Recital by Bach himself.

Toccata and Fugue in D Minor became a classic-rock jam

In 1970, English progressive rock band Egg covered the piece. Three years later, Ekseption, a progressive/symphonic rock ensemble, did the same for their album Trinity. In 1980, classical/rock fusion band sky provided an arrangement of the Toccata section of BW 565. In the 90s, violinist Vanessa Mae recorded a cover of the piece too, which reached n. 24 on the Billboard Charts.