At first, the title of this article might make you think that this is a slightly odd subject but there is a world of interest and achievement that is truly worthy of exploration. Whether through injury or another unfortunate circumstance, there have been numerous piano players who have not had both hands. To some, this would be an insurmountable challenge, to others, it has been an inspiration that has given rise to some eight-hundred works composed especially for left-hand only pianists.

Clearly, there are performance difficulties for the one-handed pianist, but there are also some issues for the would-be composer of a work for left-hand only pianists. As a pianist, reaching the full compass of the instrument, playing more than four notes at a time, performing melody and accompaniment could all be thought of as impossible to achieve with a single hand. How does a composer address these issues too and create a coherent work that both is acceptable to the pianist and one that makes musical sense?

One of the most celebrated left-handed pianists was Paul Wittgenstein [1] (1887-1961 and brother of the philosopher Ludwig Wittgenstein). Wittgenstein was unfortunate enough to lose his right arm in the First World War. He was already an established and well-respected pianist before the tragedy and after the war was resolved to continue his career in spite of his injury. His determination and resolve gave rise to some of the most celebrated pieces composed for the left-hand only. Wittgenstein developed new techniques to enable him to cope with working with only one hand that included inventive pedalling methods that he combined with unusual hand movements to create the illusion of a two-handed pianist. His career was a tremendous success.

Piano Concerto for the Left Hand by Maurice Ravel

Perhaps the most famous work composed for left-hand only is the Ravel Piano Concerto (1929-1930). This concerto was amongst many works commissioned by Wittgenstein who was fortunate to have substantial funds behind him to allow these pieces to be requested from an array of well-known composers. Even though the initial reaction from Wittgenstein to his new concerto was not completely favourable, the critical response to the work’s premiere in Vienna 1932, was one of enthusiasm.

Alongside the G major Piano Concerto, the Concerto for left-hand was the final orchestral works that Ravel composed. They both show influences from the world of jazz and Spain that littered many of this French composer’s works. Ravel wrote this concerto relatively rapidly, taking him only nine months to complete.

Unlike earlier concertos of the Classical era, this piece lasting some twenty minutes is constructed as a single movement. It begins with darkness, contra-bassoons and murmuring gongs but soon the orchestra emerges into a full, triumphant crescendo and a huge tutti chord that leads to the first piano entry. From this initial cadenza, it is virtually impossible to hear that this is a piece for a single hand to play. This was Ravel’s underpinning focus when he wrote the work.

After the almost insuppressible grand mood of the opening, the orchestra rises to another dramatic climax that gently subsides into one of Ravel’s most tender and lyrical melodies played by the soloist. The tranquillity does not endure and a march-like rhythm begins to dominate the piece punctuated by muted brass and woodwind flurries. It has been suggested that this Ravel intended to illustrate the Nazi jackboots marching to war but given the date of the concerto, this seems highly unlikely.

Extremely difficult arpeggios figures fly through the piano part as flutes and piccolos, comment playfully above. The influence of jazz is most audible at this stage of the work, with thick string clusters, an ostinato rhythm tapped out on the rim of the woodblock, and a woozy trombone solo echoing the introduction. The piano continues to dance its way towards the end of the work after a brief reflection of the earlier slower section. In the final cadenza, the soloist ties up all the thematic loose ends in one rapid and conclusive burst.

This is not a concerto that is as celebrated or as widely known as the Ravel but certainly on that deserves equal attention. Wittgenstein the commissioner of the work, definitely thought so. He was reportedly so impressed by the piece that he ordered another piece be composed almost immediately. This became Korngold’s Op.23; Suite for two violins, cello and left-hand piano.

Korngold, like Wittgenstein, was of Austrian descent and the son of a renowned music critic. His study with the romanticist Zemlinsky in Vienna runs like a thread through his musical output. Korngold was not influenced by the musical trends of the time, preferring to remain broadly within the tonal world of musical composition. This may have contributed to his later success as a film composer[2] after he settled in the USA in 1934. The cinematic elements show through to a certain extent in this piano concerto which casts the piano as the hero of the piece. There is a certain cinematic flavour to Korngold’s choice of an orchestra that he ably exploits to great, colourful effect.

Similar to the Ravel concerto, this work is also conceived as a single, continuous movement. It has clearly noticeable sections during the work that create the larger structure of the concerto. These comprise 1. Moderate tempo; 2. “Hero-like” and 3. With fire and power. It is radiant in its use of the piano and the orchestra and Korngold’s writing for the soloist is highly demanding. There is an improvisatory feel in much of the piano writing coupled with Korngold’s effortless lyricism. The tonality of the work, in spite being titled “C sharp” is far more complex; the piano actually beginning in C major. Korngold produces a work of magnificence and imagination that show him to be both a traditionalist and an innovator.

Piano Concerto No. 4 by Prokofiev

Concertante for Piano (Left Hand) and Orchestra by Arnold Bax

[2] Film titles include: “Captain Blood”, “The Prince and The Pauper”, “Give Us This Night” and “The Sea Hawk” 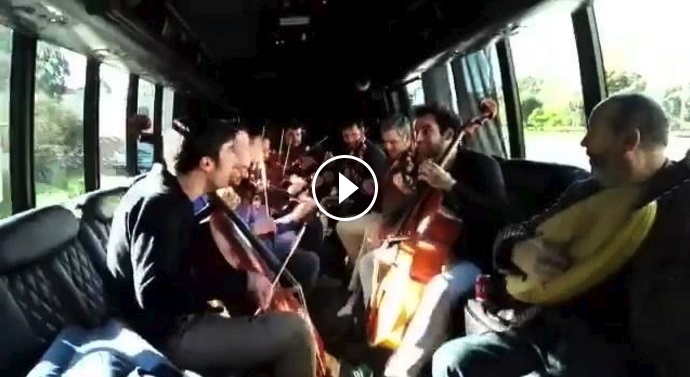 11 One Hand Piano Songs You Can Perform with One Hand

Is music education being neglected?