In this day and age of top ten, best one hundred, and all-time greatest, it’s challenging to be asked to write an article on the best music written by Wolfgang Amadeus Mozart. Many would consider Mozart to be beyond criticism, perhaps like J.S Bach; a composer of such stature that everything they wrote is sacred.

This I fully understand and so the aim of this piece is simply to highlight what I feel are some of the best pieces Mozart wrote in his short lifetime based on his entire oeuvre. It serves perhaps as a modest introduction to the works of this astonishing composer.

The Best of Mozart

As a clarinetist I would perhaps be in error not to initially discuss Mozart’s wonderful Clarinet Concert K.622 in A. This is a performance given by Sabine Meyer who I consider to be one of the most outstanding clarinet players alive today.

The Concerto is a late work and demonstrates Mozart’s complete mastery of the Concerto form and also his total affinity with the clarinet. There are three movements marked Allegro; Adagio and Allegro. The structure of each movement holds to the Classical tradition of Sonata form, binary, and then Rondo. Each of the movements has significant technical challenges for the clarinet player and orchestra with the need for a careful balance between them to be maintained.

Both soloist and orchestra have equal roles to play, the dialogue from one to the other is charming. The melodic flow of each movement is effortless and gives ample opportunity for the soloist to demonstrate their virtuosity. After hearing the Concerto I’m always left with a sense of a contented Mozart at the very top of his powers.

This Sonata dates from 1778 and for me is one of the most dramatic pieces Mozart ever wrote for the instrument. The key of A minor seems to convey a dark yet spirited message. This seems particularly dominant in the opening Allegro maestoso movement whose first melody sounds as if Mozart is hammering it out in a state of desperation. This is accompanied by pulsing quaver chords that drive the momentum of the start of the Sonata. The development section is extraordinarily expressive and almost feels operatic.

The 2nd movement marked, Andante cantabile is in F major and full of interesting melodic twists and turns. It is highly ornamented is extended in duration beyond what one might expect to hear for a middle movement. In the finale, marked Allegretto, Mozart lightens the mood opening in the relative major; C. It is a sprightly, energetic movement that seems to have passed through the tempestuous opening movement towards a happier mood.

In a sense, this work shouldn’t be mentioned here at all as unfortunately, Mozart left the Requiem unfinished at the time of his death. One of Mozart’s students, Franz Xaver Sussmayr was the first of many scholars to actually complete the work raising all manner of suspicion as to whether the work is actually Mozart’s at all.

Moving the suppositions aside, I feel it stands as an extraordinary example of this type of sacred Choral music, displaying so many of the characteristics we have come to recognize as Mozart, especially when you consider this is Mozart’s first complete set of the Latin text. (The C Minor Mass K.427 exists only as a fragment). Even though Mozart himself left the orchestration mostly unfinished, sketches existed for the first three movements (Kyrie, Sequence, and Offertorium).

For me, it is not only the intensity of the work, threaded through with intricate contrapuntal textures but the force of the orchestration. Brass and timpani in particular feature in the opening sections of the Requiem giving the music a majesty and boldness perhaps closer to the works of Beethoven.

The work is also surrounded by mystery and even though much of this was generated by the Shaffer play titled “Amadeus”, where the dark and menacing figure of Salieri is charged with commissioning the work that turns out to be a Requiem for the composer himself. Tom Service takes up the story here.

This work probably given its first performance in 1786 in Vienna may have stunned the Viennese public, but it is one of the most wonderful Piano Concertos Mozart composed. The work is a powerful and masterful composition. Mozart employs one of the largest orchestral combinations of any concerto with pairs of oboes, clarinets, and bassoons.

Timpani, trumpets, and horns are also included in the orchestration giving the whole piece a dark and commanding presence. This is supported by the key of C minor and the highly chromatic lines the solo piano opens with. There is a dominant feeling of uncertainty in the concerto which only temporarily lifts with the second movement in E flat major. The final movement is firmly and resolutely back in C minor and in variation form. Unlike many of Mozart’s concertos we are not left with a bright, hopeful resolution with this work, but a dark almost dismal C minor.

Of all the many musical forms that Mozart composed in Opera was the one that he would return to again and again throughout his short life. The opportunities it gave him to express the full spectrum of human emotions and experiences perhaps like no other musical form, brought great appeal to Mozart.

Perhaps in Die Zauberflote, written in the final year of his life, we hear Mozart the opera composer at his very best. Unlike some previous works, Mozart returns in Die Zauberflote to his native language; German. It is in two acts only. The plot itself is immensely complex and full of intricacies that have occupied academics for many years but essentially are a love story. It has many masonic influences and references in it that reflect Mozart’s increasing involvement with the Freemasons (The Overture is in Eb Major, a masonic key).

Orchestrally, Mozart uses a generously large number of players including timpani, French horns, and trombones but the scoring is sensitive and never overplayed. Key characters to look and listen for are Papageno and his “Bird Catcher’s” song and The Queen of the night whose aria sung by a coloratura soprano reaches a very top F during the performance. Tamina is the Prince who rescues and eventually falls in love with, Pamina (daughter of the Queen of The Night), from the priest Sarastro. The entire opera is as magical as a midsummer night’s dream and probably one of the most popular operas in the Classical repertoire.

This string quartet might not be one to include in many people’s lists of Mozart’s best, but for me, it exemplifies Mozart’s immense inventiveness. The nick-name dissonance derives from the quartet’s opening introduction, which is marked at a slow tempo and sets an unexpected mood of disquiet. The surprise Mozart then offers is a move directly into the poetic, lyrical first movement marked Allegro. Even though apparently a lighter distraction from the opening the textural writing is intense and dominated by unanticipated changes of melodic and harmonic direction.

The second movement marked Andante cantabile in some ways echoes the opening introduction with a feeling of mystery and unresolved emotion. In the finale, Mozart does not disappoint. It is a brilliantly structures final movement and an excellent illustration of how Mozart can generate so much music from so little initial material.

No survey no matter how brief, of Mozart’s best work, could overlook the final symphony, number forty-one. The symphony was written hot on the tail of the previous two symphonies and is dated the 10th August 1788. At the very first bar when the music explodes into life, we are in no doubt about the fact that we are hearing Mozart in a formal and grand splendor. There is a significant feeling of the operatic throughout the symphony within a carefully managed structure.

The Andante cantabile returns us to a less triumphant world, instead of one of mystery and even at times unease. The lyricism is evident as is Mozart’s total harmonic control in an ever-increasingly chromatic sound world. It is in the finale that Mozart allows us to find the resolution. This is unusual but through a highly developed sonata-form finale Mozart ties up any loose ends that he created for the rest of this astonishing work. The finale is texturally complex and highly imitative, littered with moments of complete insecurity as in the recapitulation of the fugal coda section. The ending is radiant with trumpets and drums to conclude this musical adventure. 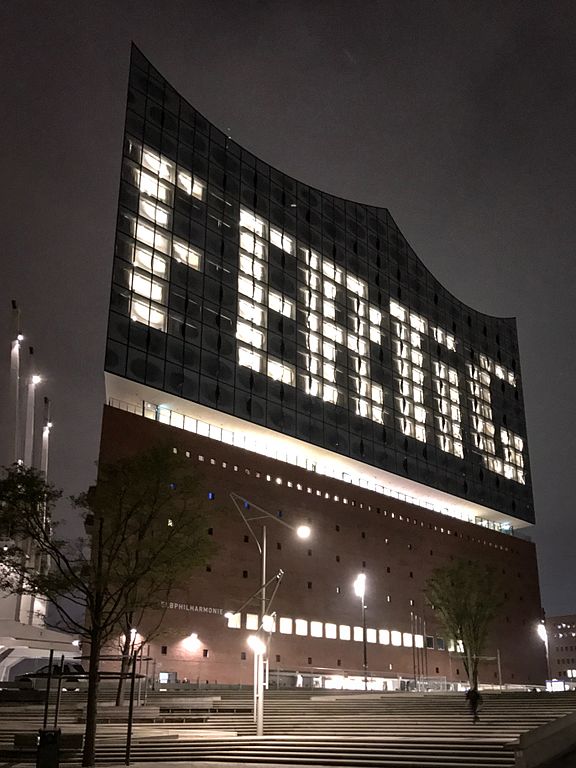 Jordan Smith - Jan 9, 2017
Hamburg’s Elbphilharmonie concert hall, which experienced a number of lengthy delays during construction, is finally scheduled to open later this week with a concert...