Writing an article on the most difficult piano piece presents its own difficulties. Which periods of music should one consider and should the article consider only technical challenges or other subtler musical difficulties?

For the purposes of this article, I will introduce you to works for the piano from what broadly can be considered the Classical repertoire.

Difficulty, in this case, will be a technical one although that is not to imply that the pieces in some why lack substance. I haven’t listed these works in order of difficulty but chronologically.

Schumann believed that this was the most difficult piece he’d ever heard or composed. On a first hearing and by comparison with some of the pieces that follow in this article, you could be forgiven for imagining that this was a relatively simple piece to perform. Toccata’s as a musical form were more common in the Baroque and lost popularity during the following musical periods. One of the characteristics of the toccata is fast flowing notes that thread through an entire piece. This is precisely what we hear in this seven-minute Schumann work. It is unrelenting and makes strenuous demands on any piano player including extremely difficult stretches that open the work. It is, however, a testament to Schumann’s own virtuosity and perhaps the early foretaste of the complexities of his later symphonic works.

With a tempo marking of Allegro and a metronome marking of minimum equals 69 beats per minute, as a pianist you already find yourself on the back foot. This Etude (or study), was part of a set of studies Chopin composed between 1832 and 1837. This particular study is the sixth of twelve in the set. It has also earned a nickname for the study in thirds as the piece is full of right hand fast moving semi-quavers, at the interval of a third. Playing in thirds is quite a difficult technique to master and Chopin was well aware of this. As such he devotes the entire study to demonstrating how astonishing he must have been to be able to perform this piece.

That said it is a wonderfully joyful piece even though it’s key is minor. Chopin employs so many of the hallmarks of his compositional and pianistic style to this short composition is a miniature masterpiece and one that offers a challenge to even the best pianists today.

This relatively short piece was composed by Liszt to celebrate and in many ways mimic the playing of the virtuoso violinist Paganini. It means the little bell and this quality features throughout the piece. Liszt had heard the great Paganini perform many years before this piece reached the form we know it in today. The initial composition titled “Grande Fantasie de Bravoura sur la Clochette de Paganini.” The grand title, unfortunately, did not give rise to a piece that gained much popularity, often being described as unmusical and even unplayable by some.

In 1838 Liszt reworked the music, this time using the theme from the Rondo of Paganini’s 2nd Violin Concerto. “Grande Etude d’execition transcendante d’apres le Caprice de Paganini,” was no less modest a title but did result in a more charming and approachable piece of concert music.

Finally, in 1851 the version of the work we are more familiar with today was completed. The texture of the music is effortlessly airy and light but the technical demands substantial. The key of G# minor would deter many pianists but actually, the dominance of black notes makes many of the passages slightly easier to execute at the speed indicated. It should be remembered that Liszt himself would have performed this piece on one of his many tours, reminding us what a superb pianist he was.

Alkan composed almost exclusively for the Piano and has rather unfairly gained a reputation for being a composer whose output is mostly unplayable. Born in Paris in 1813 Alkan demonstrated formidable musical gifts from an early age. His initial foray onto the concert platform was as a violinist rather than a pianist at the tender age of seven. It wasn’t until Alkan reached twelve that the Parisians were able to hear this extraordinary musician perform.

The concerto forms part of a much larger work, the huge set of studies titled “Douze Etudes dans les tons mineurs.” The concerto forms the eighth, ninth and tenth of these studies and effectively becomes the first, second and third movements of the concerto.

The Piano Concerto is unusual as for a concerto it would be expected that the piano soloist was accompanied by an orchestra whereas in this piece the soloist is quite alone. This presents some interesting compositional challenges, most notably the need for timbral variation and interplay between soloist and orchestra. Alkan’s Concerto does not disappoint. It is littered with extraordinary displays of technical virtuosity contrasted by earnest and deeply lyrical melodic passages that his friend Chopin would be proud of. It is a moving and stunning piece of writing for the instrument. When listening to it it’s worth reflecting why Liszt was supposed to have feared to play in front of Alkan.

At just over eight minutes this piece is one of the longer examples of truly difficult piano music. Islamey is a work inspired by the Russian triumphs in battle in the old Turkish kingdoms. Islamic influences weave through the piece in the form of three themes that develop into a display of blistering virtuosity and beauty. The work has now become popular as an encore piece by many aspiring and established musicians.

Before concluding the article, I would like to mention a few additional pieces that if this has inspired you to look further would be worthy of your attention. Even though the above pieces represent a section of very difficult works it is not by any means conclusive.

Here is a selection of further pieces to explore.

8. Paul de Schlozer: Etude in Ab; Op.1, No.2 – this work is surrounded by controversy and in fact may be the work of the better-known composer Moritz Moskowski. 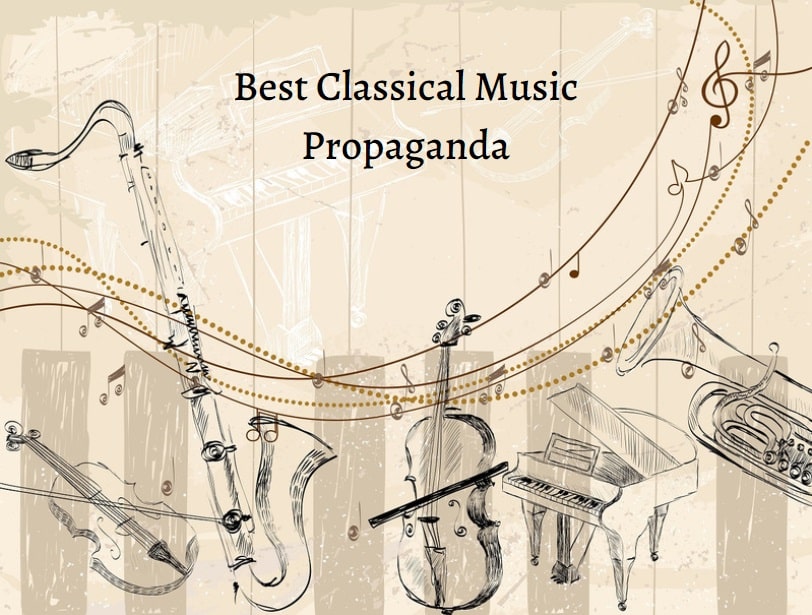 4 Pieces of Classical Music With A Good Story Behind Them 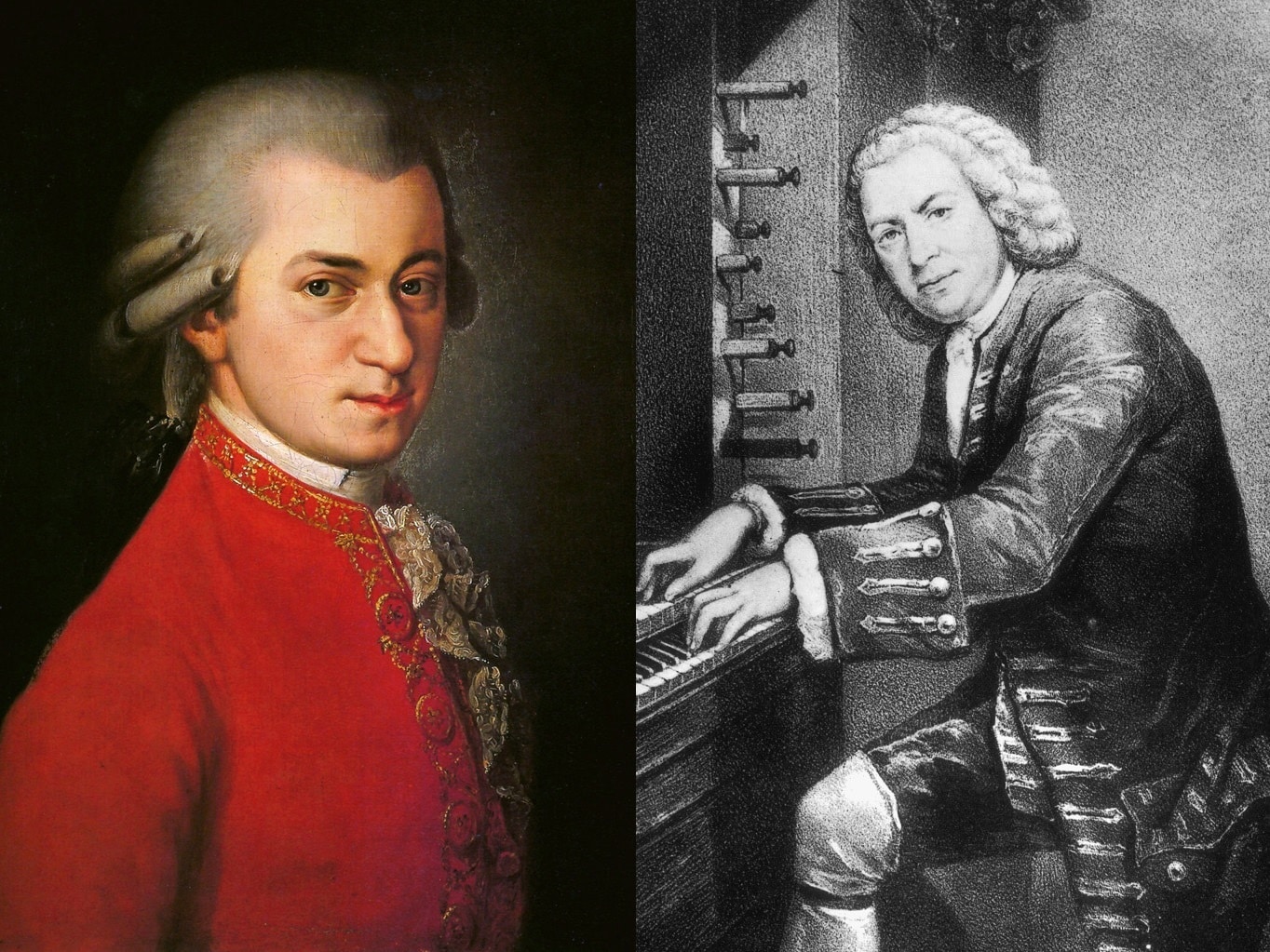 What Is The Difference Between Mozart And Bach?