One of the outstanding differences between these key periods of Western Classical Music is the change in creative thinking. Baroque music as we can clearly hear in the music of a composer such as J. S Bach is textural complexity and the dominance of polyphonic writing. The Classical period moved dramatically away from this dense, intricate compositional style towards clear a melodic line and accompaniment; or homophony. This doesn’t mean that Mozart or Haydn for example, abandoned the earlier musical forms and fugue features in both of these composers works, particularly the String Quartets.

Differences between Baroque and Classical music

There was a tendency for melody in the Baroque to be highly ornamented. Performers of the time were fully excepted to be good at improvising and familiar with the conventions that surrounded the elaboration of a melody they may be playing. This in practical terms, created a catalogue of ornamental possibilities that players added to their performances including mordents, trills, acciaccaturas and appoggiaturas to name a few.

The addition of these extra notes added the flourish and trim associated with the styles of the time that were dominantly ornate. These musical ornaments became less of a feature in the Classical period as composers strove for the purity of melodic line with balance and poise. The possible exception is the trill that was often be used to demonstrate a performer’s virtuosity in a performance and used to bring a section of music to a rousing close.

Classical composers became ever more prescriptive in their use of musical notation. In the Baroque composers regularly supplied a bass line with figures that suggested chords to use and expected the performers to as these as they felt best. Classical composers left far less to the imagination of the performer to the extent where in later concertos, for example, cadenzas (the solo passage where the performer traditionally improvises over the given themes), were fully written out.

The addition of volume (or dynamic) markings was increasingly common in Classical music giving rise to an ever greater range of expressive possibilities in contrast to the step (loud to quiet or vice-versa), approach to dynamics that Baroque composers exploited to remarkable effect.

Musical structures and forms began to change from Baroque to Classical. The Suite, often consisting of up to six movements based on earlier Renaissance dances, developed into the Sonata. This form was developed in the Classical era with the clear intention of allowing the composer to develop their musical themes more extensively than was expected during the Baroque.

The Sonata became a three-movement form (Fast – Slow – Fast), and was a key factor in the advancement of symphonic music in the Classical Era and onwards into the Romantic period of music. What separated forms like the fugue from the sonata is that for the Classical composers, the development of musical material became an increasingly dominant feature rather than the exploration of polyphonic textures.

Tonality is a dominant feature of Classical music with a strong pull towards creating musical pieces that rotate around tonic and dominant harmony. Baroque music was also key centred but in a different way. In the Baroque, we find the harmonic pull harder to define due to the complexities of polyphony.

Classical composers strove to create clarity and simplicity in their musical forms often through homophonic textures, that enabled the ear to more easily discriminate the underlying harmonic shapes. Both the Baroque and the Classical periods of music have immensely complex harmonic pieces it is that the composer’s intentions and ways of creating these compositions were radically different.

The Concerto continued its popularity into the Classical era but there was a move away from the Baroque Concerto Grosso towards the concerto for a single solo instrument plus orchestra. These concerti became increasingly demanding for the performers for which they were written and far more of a public spectacle than in previous times.

What we hear in the Classical period is the rise of the virtuoso soloist that eventually lead to works like the Beethoven Piano Concertos. Alongside the concerto came the classical Symphony that had its roots in the Italian Sinfonia but dramatically reformed in the 18th century.

The new Classical symphony allowed for the development of a whole new symphonic sound. The orchestra we recognise today truly began in the Classical period. Baroque ensembles tended towards the size of chamber groups, numbering perhaps only 20-30 players.

The early Haydn symphonies were scored for the same forces but by mid-period Haydn, the orchestra has almost doubled in size. As a result, new instruments like the clarinet found favour in this orchestral setting as well as a solo instrument in its own right. Trumpets, timpani and larger string sections divided specifically into violins 1 & 2, violas, cellos and double basses became commonplace in the Classical orchestra.

The harpsichord was the bread and butter of the Baroque world. It acted as a solo instrument and also as the basso continuo with cello or double bass that accompanied a broad variety of Baroque music.

As the Classical period takes to hold the harpsichord gradually fades from focus as the fortepiano takes centre stage. The piano instead of plucking the strings like the harpsichord strikes the strings with a hammer. Composers were attracted to the piano for its expressive qualities and its ever-increasing range and reliability. This popularity, in turn, lead to some of the most extraordinary keyboard works ever composed and the prominence of the Sonata as a musical form.

Later Beethoven went on the champion the string quartet taking it into realms that perhaps have not been surpassed today. As a musical form, the String Quartet was the epitome of elegance and sophistication consisting normally of a four-movement structure. The Minuet, often the third movement in a string quartet was the only real remaining echo of the Baroque.

For a quick comparison try the following: 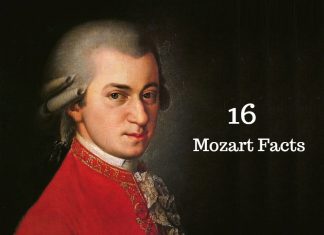 Radiohead: new album in the works?