Mozart is a composer from the Classical Era, and therefore certain “rules” apply to his music, according to how musical instructions were interpreted at the time. I’m going to write about playing Mozart on the piano, but these hints generally apply to any instrument.

How to Play Mozart

So first, we need to take into account the piano, as he knew it at the time, and make adjustments.

The iron frame piano, as we know it today, wasn’t invented during Mozart’s lifetime, so his pianos would have had a wooden frame and the strings would have been straight strung. The resulting sound would have been a bit more intimate and less perfect than a modern piano.

Compared to the instruments Mozart played on and wrote for, the modern piano might seem too loud and brash for Mozart’s music. So keep this in mind when playing Mozart. A light touch and not too broad a scope between loud and soft, and you might get close to what Mozart intended.

A sparing use of the pedal is advisable too, as Mozart wouldn’t have had a pedal. Some pianos in his day would have had one or more levers or even “knee pedals” to change the volume and sustain the notes played, but they were clunky and awkward, unlike the smooth foot pedals of today.

Here is Mozart’s Sonata No. 1 in C major played on a reproduced copy of a piano from 1785. Notice the dynamic range and the lack of pedals.

In terms of technique, one of the most useful patterns used in Mozart’s piano music is the Alberti Bass. Domanico Alberti used it a lot and it became very popular with the development of classical music. With no sustain pedal, the Alberti Bass was a clever way of creating the illusion of a sustained chord.

Mozart’s music has many ‘ornaments’ – trills, grace notes and turns. If you are beginning to learn some of his music, it’s well worth studying how to play each type of ornament.

One type of ornament you will see quite a lot in Mozart’s music (and generally in classical music) is the “appogiatura” – or “leaning note”.

Often confused with the “grace note”, which is fast, and usually has a strike through it, the grace note takes no value from the note that follows it. The appogiatura takes half the value from the following note, making two notes of the same value. For instance, here is an appogiatura followed by a 2 beat note, or minim, (half beat in USA).

When played, this comes out as two one beat notes:

So why not just write 2 one beat notes? The first note doesn’t belong to the chord but the second note does. In the above example, the chord is likely to be C major and therefore the note D is not in that chord. In classical times it was thought that because the first note didn’t belong in the chord, and even sounds “clashing”, it should be considered an ornament.

In Mozart’s music, trills should start on the note above the printed note and at the end, fall to the note below and back again.

Some of Mozart’s music has a sense of humor about it, but more often you’ll find long flowing melodies. When you find one of these beautiful tunes, you want to make it sing out over the harmony in the other hand, linking each note to the next and keeping the accompaniment a little quieter.

Here is an excellent example of Mozart’s Sonata in C major, K.535 2nd movement played by Kristian Bezuidenhout on a particularly beautiful fortepiano from the period. Listen for the harp-like quality and slight imperfection in the tuning. Listen out, too, for the Alberti Bass and the flowing melodies.

And here is Mozart’s Sonata No. 11 in A major, K.331, played by Olga Jegunova with the perfect feel on a modern piano. Notice particularly how little she uses the pedal:

Can a piano player take liberties with Mozart’s music? This is a highly debated subject that can spark many arguments! For a very long time there has been a kind of “law” that you don’t mess with Mozart’s music. While Improvisation is at the heart of jazz, classical purists get very upset if you add a grace note or a trill to a piece of Mozart if it’s not written in the score. However, some Mozart experts argue that there should be a small element of freedom to add notes within the scope of the printed music.

If you’re playing Mozart, above all, enjoy the journey of discovering and learning his beautiful music to the best of your ability and without being too much of a perfectionist! 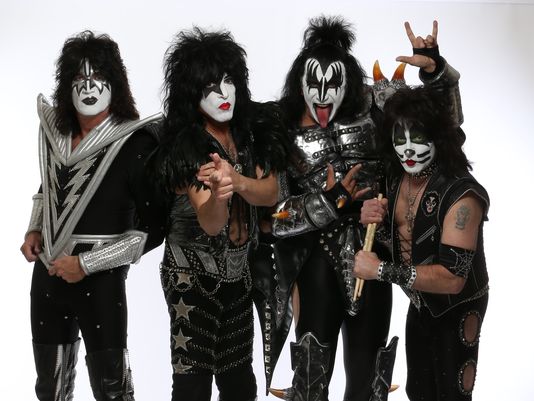 5 Bands Who Made Halloween A Regular Event

D Grant Smith - Oct 20, 2015
As we've noted this month in the approach of Halloween, music is one of the best inspirations for Halloween costume ideas, for many reasons....