What essentially altered were artistic perceptions and goals. The reasons behind the creation of music in the Romantic Era were fundamentally the distinguishing aspects of it from what had gone before. The same holds true for later musical or artistic movements that in turn grew their ideas from the roots of earlier creators.

A closer examination of the Romantic Era almost is compelled to begin with the work of Ludwig van Beethoven (1770-1827). His illustrious career spans the two eras and, in many respects, lays the foundations for the Romantic composers that were his contemporaries and those that came after him.

Beethoven’s music has its roots in the rich soil of classicism but Beethoven always had his eyes on the potential that the future would bring. His development of the symphonic form alone made an enormously important stride forward into the Romantic era, particularly in his third symphony, the Eroica. The notion of heroic struggle and the eventual triumph of the spirit of man increasingly become central wells of inspiration for successive generations of Romantic composers. Mahler (1860-1911) could never have conceived of his second symphony, the Resurrection, without Beethoven’s symphonic output.

With the shift in artistic focus during the Romantic Era, we find composers altering, modifying and even breaking the musical forms that were common in the Classical Era. Haydn’s last symphony (104th), was only thirty minutes long and in four movements. As we move further into the Romantic Era the symphonic form extends dramatically; not only in duration but also in terms of formal structure.

We begin to find composers blending the movements from three or four into what eventually becomes almost a single unified composition. The same becomes progressively commonplace with the Concerto. Where once a three or four-movement piece was to be expected, the boundaries of the movements begin to blur towards a whole piece based on motivic and thematic development. Beethoven paved the way for this.

It is still perfectly possible to analyse Romantic music and find the sonata forms, the rondos and even to some extent the da capo Minuet but each becomes a larger, more impressive version of its Classical predecessor. This happens not by chance but through a desire by the composers to more fully develop every facet of their musical material in richly expressive ways.

The popularity of the ‘tone-poem’ is a good example of this which treads its way through the entire symphony transforming and developing along with the hero and the narrative. Liszt used similar techniques to construct many of his compositions to great, if at times overly dramatic effect at the expense of aesthetic credibility.

With the increasing desire by composers to create music that evokes the full spectrum of emotions, or conjures up imagined landscapes, the nature of the ensembles they employed changed too. The orchestra during the Romantic Era is one such ensemble that altered to the point where Mozart would probably hardly recognise it. By the time we arrive at the end of the Romantic Era, it was not uncommon to see an orchestra of a hundred players, often with a chorus and organ.

This development brought with it the huge possibility for composers to exploit an enormous range of dynamics and textures that has given rise to some breath-taking compositions. It also meant that the instruments themselves developed to be able to cope with the ever more extreme demands of the composers.

The Romantic Era was that of the virtuoso who became a celebrity along similar lines to the pop stars we see today topping the charts. Chopin, Beethoven and especially Liszt were all as famous for their performances as their compositions. The rise of the virtuoso leads directly to the development of the concerto as both a vehicle for romantic expression and a display of supreme technical ability.

The soloist in the Romantic concertos was of paramount importance and focus, there to dazzle and thrill the audience. Listen, for example to the last three Beethoven Piano Concertos, of later the works of Rachmaninov and Tchaikovsky. This also highlights the important fact that music was being composed far further afield than the Austria, Germany and Italy. The Romantic Era encompasses emerging composers from Russia, England, France, Denmark, Finland, Hungary as well as those who feature in this period of music. This eventually leads to an artistic slant towards Nationalism in the later part of the 19th century.

In line with the developments in instrumental music Opera as a musical form gathered significant momentum during the Romantic Era. Opera, like the symphony orchestra, expanded in the Romantic Era. The scale of the opera grew and the search for stories that were steeped in national significance (in the case of Wagner), or love.

Some of the finest and best-loved operas were composed in the Romantic Era and have endured to the present day because of their universal themes that remain broadly true for us now. The magnificence of the work of the Italian composers like Verdi or Puccini has provided us with endlessly memorable songs. Richard Strauss and Wagner created operatic works that are immensely beautiful and complex. They furthered the musical language of Opera taking tonality itself to breaking point.

Amongst all the great changes that the Romantic Era brought about, the eventual collapse of tonality was perhaps the most overlooked. Chromaticism and extreme use of unrelated keys and development in musical form, in the Romantic Era allowed for compositions whose range of expressive colours is astonishing. By the time Wagner had written Tristan and Isolde, the world stood on the brink of a complete revolution in harmony that would alter the music forever; serialism and the work of the Second Viennese School. 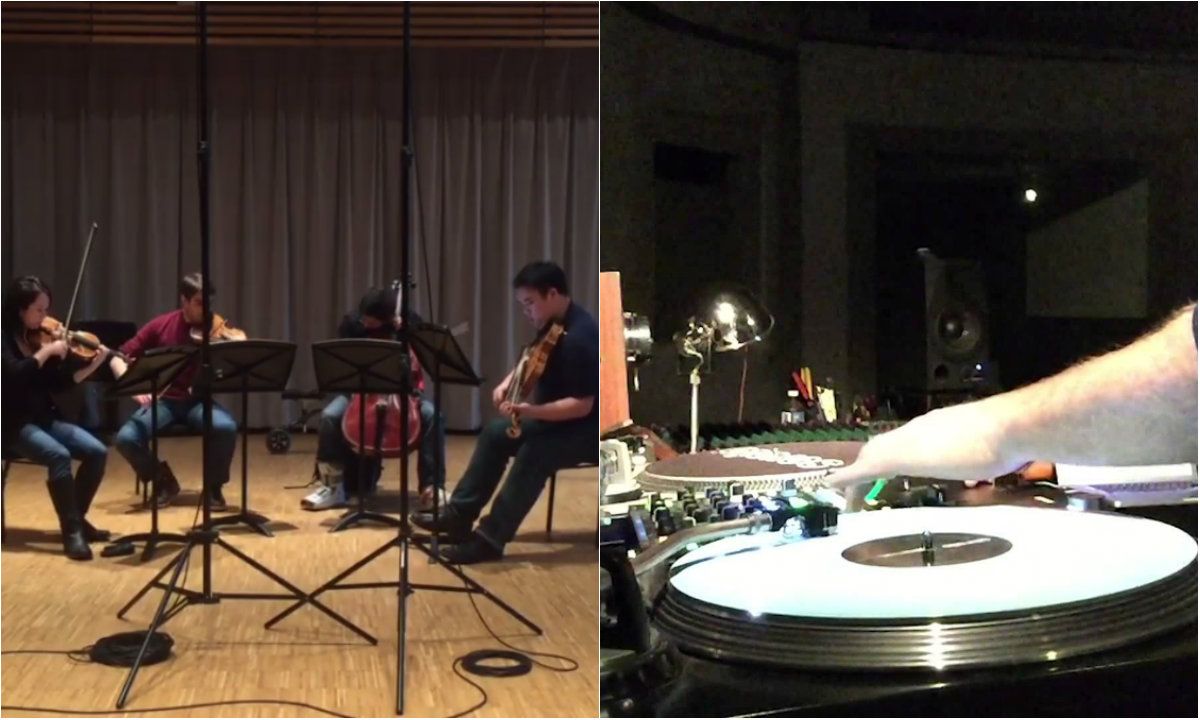 D Grant Smith - Feb 7, 2015
Classical music isn’t so exclusive that it doesn’t inspire and seep into other musical genres. On the contrary, even DJs and club musicians find...

This 90-year-old couple playing Bach duets should be an inspiration to...

What do a bassoon and a lion have in common? The...