As we track back through the hundreds of years of musical history, which composer sits on the very top of the symphonic tree? Can we crown an undefeated King of the Symphonic tradition without discrepancy or debate? The symphony as a musical form became properly established during the classical period and remained the backbone of orchestral repertoire through to the present day. It represents the pinnacle of compositional achievements in so many ways for so many composers that finding the one composer who has written the most is an enviable accolade to bestow.

Who Wrote The Most Symphonies

In the early part of the classical period, the symphony was a relatively modest composition, usually comprising of four contrasting movements and for approximately 30 – 40 players. Each movement was relatively brief and commonly alternated between fast and slow tempi. The early Mozart and Haydn symphonies were scored sometimes only for strings with woodwind, brass, and percussion becoming a more fixed feature as the era progressed and the symphonic form established.

As we consider the key composers of the classical era it seems reasonable to examine the monumental six-hundred compositions of WA Mozart. Amongst this extraordinary collection of compositions, 41 Symphonies are credited to WA Mozart. Some early symphonies are not always included in this number which would push the figure closer to fifty, but given the brevity of Mozart’s life forty-one is no mean feat.

Mozart’s contemporary was the inimitable Joseph Haydn. Haydn’s life was a far longer and by many accounts far happier one than Mozart’s. Haydn’s output of String Quartets, Symphonies, Sonatas, Concertos, Oratorios, and Masses is suitably impressive. His work never seems to tire and has a vitality and humor that is compelling and enduring. Haydn’s list of symphonies numbers an enormous one-hundred and four. This symphonic output spans the classical era and serves as an invaluable guide to the development of the form.

Perhaps not such a well-known composer now, but an exceptionally prolific one in his day was Joseph Molter (1696-1765). I remember first encountering this notable German composer with his concertos for the clarinet that offered an interesting bridge between the late Baroque and the Classical era. Molter is thought to have composed more than 140 symphonies pushing Haydn’s achievement a little into the shadows.

As we move forward in musical time, we know that Ludwig van Beethoven composed only nine symphonies, but it is worth remembering that by the time Beethoven had completed the ninth, the symphonic form was a tremendous distance away from the early classical composers. As a musical structure, it had undergone substantial transformation and development that gave rise to works that were closer to an hour or more in duration and for instrumental forces getting closer to eighty performers.

The great Schubert would in all probability have composed many more symphonic works than he had time to write in his life. He composed nine symphonies but the eighth was never finished. Mahler composed nine symphonies too with the sketches for the tenth, like Beethoven’s unfinished at the time of his death. Schumann was not recognized as a symphonic composer perhaps in the same way as Schubert but he composed only four complete works, the fourth remaining a piece of immense complexity and foresight.

Further forward along the musical timeline, we encounter the Danish composer Niels Gade (1817-1890), who achieved a fine eight symphonies and many other notable compositions besides. Not such a household name, Joachim Raff (1822-1882), a Swiss-born German composer wrote eleven symphonies with the final one incomplete. Austrian composer and one of the most devout men of his time, Anton Bruckner composed nine beautiful works that remain pillars of the orchestral repertoire today.

As the Romantic Era flourished so did the symphony. These compositions were increasingly becoming enormous, herculean pieces of work. To illustrate the point, Mahler’s Eighth Symphony is nicknamed the ‘Symphony of a Thousand’. The symphonic works of Tchaikovsky number only six with the sketch for the seventh abandoned. These are epic and deeply moving compositions that are adored and performed regularly today. Likewise, Czech composer Anton Dvorak only wrote none complete symphonies but his contribution to the symphonic repertoire breathed new life into a waning form.

As we ease our way out of the sumptuousness of the Romantic Era, the symphony begins to take a back seat in the repertoire of the orchestra. Form many composers including those associated with the ‘impressionist’ movement edged away from the symphonic tradition in favor of the symphonic poem, or simply the tone poem. Nevertheless, this was not the end of the symphony.

English composer Edward Elgar (1857-1944) was a composer who was not ready to allow the symphony or the richness of Romanticism to disappear, and although he did not complete many symphonies he kept the tradition alive. Ralph Vaughn-Williams, wrote nine remarkable symphonies alongside the Danish composer Carl Nielsen who composed six symphonies. In Finland, the composer Jean Sibelius (1865-1957), devoted years of his life to the symphonic legacy and wrote seven stunning works.

One of the most prolific symphonic composers if the modern age is Havergal Brian (1876-1972), who is not only thought to have written one of the longest and largest symphonies ever (The Eighth) but a total of thirty-two compositions. Avant-garde American composer Henry Cowell (1897-1965) also composed an impressive twenty symphonies but these works are rarely heard today. Russian composer Dimitri Shostakovich is perhaps one of the most notable composers of symphonic music. His output numbers fifteen compositions that chart the troubled and challenging life he endured in Stalinist Russia. Each symphony recognizes the symphonic tradition and history but maneuvers the form into unique musical territories that are instantly recognizable as this gifted Russian composer.

According to several different sources, the composer who can claim the title of ‘who has composed the most symphonies’ goes to Leif Selim Segerstam (1944: Vassa; Sweeden). Sergerstam is an interesting and highly creative musician. He is not only a pianist, violinist, and conductor but the composer of three-hundred and forty-two symphonies as of September 2020. This, to the best of my knowledge and research, places Segerstam in the first position for the greatest number of symphonies; a figure likely to increase as he is still composing today. 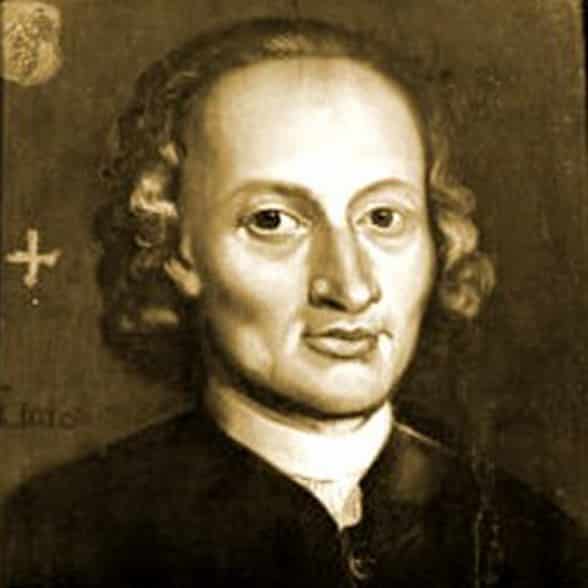 Dr Justin Wildridge - Dec 8, 2018
When you hear the name of Johann Pachelbel it's often hard to get past the immense success of his Canon in D major and...

Exploring the link between manic depression and artistic creativity