Much speculation and debate surround the conception of this oratorio, especially the origin of the libretto. Some claimed it was a text destined for Handel over half a century before Haydn received it, written by an English writer called Linley.

Other academics place their faith in the librettist for other Handel masterpieces called Charles Jennens. He was responsible for the text of The Messiah, Saul and Belshazzar, making this claim highly probable. The original English text is lost so the speculation is likely to continue for many years hence.

It was the famous violinist and entrepreneur John Solomon who presented Haydn with the libretto in the summer of 1795 just before Haydn left London for Vienna. Haydn had reportedly been so overwhelmed by the two performances he’d heard in Westminster Abbey of Handel’s Messiah and Israel in Egypt, that he was inspired to compose an oratorio of his own. The anonymous libretto that Solomon presented Haydn captured his imagination and on returning to Vienna later that year, Haydn passed the manuscript on to his trusted friend and advisor Gottfried van Swieten.

Swieten held the grand title of Imperial Court Librarian and was as impressed with the libretto as Haydn hoped he might be. The sources of the text are from the Book of Genesis, The Book of Psalms and Milton’s “Paradise Lost”. What Swieten did was to translate the text back into German, editing out the passages he in the original that he considered not to have musical potential. He went as far as to make musical suggestions to Haydn in his parallel text, some of which Haydn adopted but some he clearly ignored.

The problem with the English version that Swieten provided was that his level of English was not as fluent as he believed it to be. The result is that whilst the German version marries seamlessly with Haydn’s score, the English text is somewhat clumsy and broken; often not matching the fine music that Haydn wrote[1]. Many revisions of the original Swieten text have been attempted perhaps the most credible in Neil Jenkins revision that features in the Novello publication of The Creation.

Many of Haydn’s sketches have luckily survived for The Creation, unlike his other works. We know from these that Haydn had already begun work on his “Representation of Chaos”, in the final months of 1776, before the final version of the text had been given to him. By the close of 1797, the score was completed in full and a private performance took place at the Palace in Schwarzenberg in late April 1798. Soon after there was a public performance that was greeted with great delight. In 1799 the wider audience was reached by a performance in Vienna’s Burgtheater which established the oratorio as an undeniable success.

Interestingly, this success could have been denied to Haydn. The Catholic Church did not approve of Haydn’s view of the universe as ordered, kind and largely optimistic; dispensing with the weighty sense of guilt and retribution often associated with Catholic ideology.  Even though The Creation clearly expresses Haydn’s religious devotion the Catholic Church took a dim view of what they saw as a secular work and proceeded to ban The Creation from all Catholic places of worship.

Perhaps the wide elation with which the oratorio was greeted was due to the clarity and strength of the libretto and its musical clothing. The Creation is over an hour and fifty minutes in duration and divided by the composer into three sections. In the first two sections of the oratorio, Haydn describes the first six days of Creation. Three Archangels, Gabriel (soprano), Raphael (bass) and Uriel (tenor), use what is described a ‘dry’ recitative[2] to announce each of the six days of Creation. Arias and recitatives follow each majestic announcement extolling the marvels of the creation of each day in this newly created world. (Something of immense importance at this time of Enlightenment).

It is during these parts of the oratorio that Haydn demonstrates his unequivocal mastery of tone-painting whose origins can be traced back to his earlier forays into opera. Listen to Gabriel’s Aria “On Mighty Pens”, in Part Two, for a wonderful example of Haydn’s pictorial genius. At the very opening where Haydn conjures his interpretation of Chaos, we also hear his outstanding ability to create a vivid musical landscape. Haydn cleverly avoids harmonic resolutions in this section to depict the formless void in which God will create the world.

In the final section, we are effectively in a recapitulation. This last part centres around the Garden of Eden and Adam and Eve’s very first day in God’s Creation. The felling is one of elation and joy at the wonders of the new world God has created. There is an abundant sense of hope and possibility although the accompaniment depicting the mystery of God’s words set for divided cellos and violas is chilling.

Adam and Eve praise God in the astonishing Hymn that dominates the final section of The Creation. Its form is a symphonic rondo effortlessly employed by Haydn as a scaffold for Adam and Eve to glorify all that they see around them. In this, they seem to represent the whole of humanity in its most innocent state with every possibility open to them.

Haydn enjoyed tremendous success with The Creation even during his long lifetime. The work is unfailingly optimistic and a reflection of its age as well as the composer’s desire to bring hope, peace and contentment to those who are struggling and suffering. Perhaps given the troubled times in which we now live, The Creation is more relevant now than ever before.

[1] For further reading on this aspect of The Creation and an in-depth analysis of the work, read Donald Francis Tovey’s account in his legendary volume titled “ Essays in Musical Analysis: Concertos and Choral Works”; published by Oxford University Press  (ISBN: 0-19-315148-0)

[2] Recitative secco or dry recitative is where the singer follows the natural rhythmic emphasis of the words more freely than recitative stromentato where the rhythm is more strictly given. 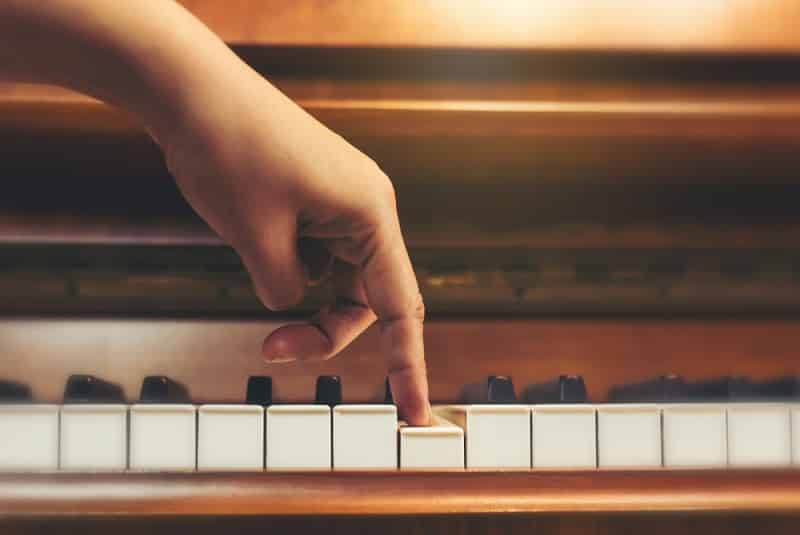 Dr Justin Wildridge - Aug 20, 2019
To learn an instrument, whether piano or another instrument does not have one universal approach or method. There are often similarities between teaching and...

All About Sawtooth Guitars