Classical music and jazz have had a long and interesting relationship, with musicians being inspired to combine elements from both genres. Among other things, this has led to the creation of entirely new sounds, as well as interpretations of pieces originally written by classical composers.

Most people date the first fusion of classical and jazz to George Gershwin in the 1920s. Since then, many performers have tried to combine the two, encouraging discussions about what the best jazz versions of classical pieces are.

For anyone who thought the jazz of the 1930s was far removed from the baroque era, take a listen to this interpretation of a J.S. Bach concerto by Django Reinhardt and Stephane Grappelli.

Ellington’s version of the Dance of the Sugar plum Fairy is part of his Nutcracker Suite. As well as giving a jazz flavor to classical pieces, Ellington also created original jazz works that were heavily influenced by the classical style, such as his orchestral piece Black, Brown and Beige which he described as a jazz symphony.

This is the year of Sibelius, with it being 150 years since he was born. But there’s probably a good chance that this interpretation of Valse Triste hasn’t featured on the official concert programs to mark the occasion.

Loussier will appear on this list a couple of times. He has interpreted a wide range of classical composers with his trio, but here he is performing Chopin alone.

Hiromi Uehara is an artist who has always sought to combine classical and jazz styles, touring with shows in both genres. So this interpretation of a Beethoven piano sonata comes as less of a surprise than you might think.

The Klazz Brothers made a whole album combining their Latin jazz sound with well-known classical pieces. And it’s this version of Mozart’s symphony no. 40 that is one of the stand-out recordings.

Caine is another artist who draws on jazz and classical inspirations. He has played with several orchestras and chamber orchestras around the world, including being composer in residence with the Los Angeles Chamber Orchestra from 2006 to 2009. This arrangement of Mahler’s Funeral March from symphony no 5 shows his talents. Caine has also recorded Beethoven, Bach, and Schumann.

Tatum was well known as a great jazz pianist, but he also enjoyed recording some classical pieces which can be found on his solo albums. This one from 1953 offers a different approach to Dvorak.

Ellington reinterpreted the entire suite, and here is Morning with his jazz band.

Loussier performs this time with his trio, and the interpretation of Spring from Vivaldi’s famous Four Seasons has its fair share of improvisation.

There are a good number of pieces on this list that are quite easy to recognize, none more so than this. Chopin’s Minute Waltz gets a jazz makeover.

This is a creative interpretation of Prokofiev’s piano concerto, with the saxophone taking over some of the piano parts.

Rachmaninoff’s concerto has quite a different feel to it when played by this quartet, and it certainly seems to work.

It was a difficult choice to include this one because Loussier is probably best known for his Bach interpretations. But this take on Ravel is also well worth hearing.

This jazz trio has a talent for interpreting other genres of music. The opening video on their youtube channel has them playing Lady Madonna from the Beatles. But here they are playing Debussy’s Clair de lune, which gets an unexpected jazz twist. 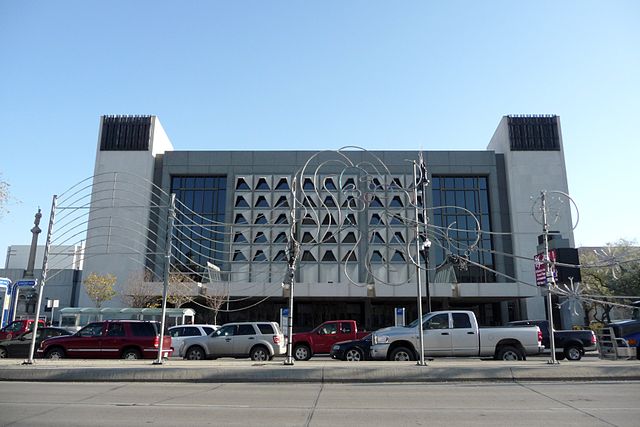 Jordan Smith - Feb 20, 2017
The Winnipeg Symphony Orchestra held a special concert on Sunday to welcome refugees who have recently arrived in Canada. Initially, the WSO made available 600...