This article is an opportunity for two established pillars of the musical community to square up to one another and to discover how they compare. Are there areas where the two genres of music connect, or are they radically different? Is the popularity of Jazz greater than that of classical music today? Or, could it be that actually, Jazz and classical music are really rooted in the same creative soil, almost impossible to separate?

Classical music can be considered to cover a time span that covers over a millennium. During this long span of time classical music underwent a number of significant transitions through different periods of music. This broadly speaking began in the Medieval period and continues now in the classical music of the 21st century.

In between, there were the Renaissance, Baroque, Classical, Romantic, Impressionist, Nationalist periods of music, each offering huge developments in music. This gives classical music an impressively rich cultural heritage and diversity that has facilitated the emergence of other notable genres of music including Jazz and Popular Music.

By comparison, Jazz really began in the mid-nineteenth century with the music of the black slaves. This music came to be known more commonly as The Blues. It can be argued that the whole world of Jazz music stemmed from these repressed beginnings, developing as it did into one of the most popular genres of music ever.

From the Blues came Ragtime music, primarily through the work of one composer, Scott Joplin who sort to combine the rhythms of both cultures into one style that became known as Ragtime. The effect of Ragtime music was widely felt and allowed the music of black musicians to become more accepted amongst the white communities.

As time moved on both white and black musicians united through the emerging jazz music to create ‘Swing’, Boogie-Woogie, Big Band, Be-Bop, Cool Jazz and even Free-Form Jazz. Spin-offs of these types of jazz including Funk, Post-Bop have ensured the continuing development of the genre.

Both genres of music have a wealth of diversity and cultural heritage to give them lasting credibility and popularity. Are there perhaps differences that a closer examination might reveal? A popular form in jazz is the 32 bar standard. This is essentially an AABA structure that means the first idea is repeated and returns after the contrasting tune in the second section.

The same form exists in classical music as exemplified for instance, by the Minuet and Trio. Where the two genres differ in their treatment of the musical material. In the classical form, the music is stated but rarely developed any further. A Mozart Minuet and Trio could be wondrously inventive, and beautifully crafted but the development of material is not the central focus of this form. In jazz, by contrast, once the musical material has been played, what happens next is the chance to improvise on it.

In many ways, it is this element of musical content and direction that differs significantly from classical to jazz music. Whilst the musical material in both genres stems from equally diverse sources and can be inventive, creative and fresh, jazz has a fundamentally different focus. Improvisation is such a key aspect of jazz music that it clearly distinguishes itself from the world of classical music where, for the most part, what is notated is what is played.

A thirty-two bar jazz standard, even though the actual composition may only last two minutes, can lead to a performance of considerably longer and with an almost limitless musical outcome. A Beethoven Symphony, although subject to different interpretations and editions, is performed from beginning to end without change. This, in turn, has given rise to developments in jazz, free-form for example, where improvisation is the creation of the piece, scrubbing out the need for a prescribed structure at all.

So does improvisation play no part in classical music at all? Is jazz unique in this way? Actually, the answer is no. Improvisation is a part of classical music too but not in the same way as jazz. Consider a ‘cadenza’ in a concerto. This section in the concerto where the soloist is able to improvise on the ideas presented by the composer. Some cadenzas are notated by composers, others by notable performers of the time, but an improvisation it is none the less.

In Baroque music, there are a bewildering number of conventions that govern the decoration of a melodic line according to French, Italian, German or English tastes. Keyboard players who formed part of the ‘continuo’ in Baroque pieces were expected to improvise their parts from a notated bass line and what was known as a ‘figured bass’. Here the composer added numbers underneath the bass line that indicated the desired harmony to be played; but the performer had control of the ‘how’ it would be played.

Rhythmic feel plays a vital part in both classical and jazz music. Where jazz plots a distinctive course is with the idea of ‘swing’. Classical music does have compound time signatures like 6, 9, and 12/8, but the feel of these is not an exact representation of what happens with swing in jazz. The Swing Era was ushered in in the late 1930s as the world plunged towards the Second World War. Big Bands that consisted of saxes, trumpets, trombones, drums, guitar, piano and bass gave the Swing Era its sound.

The ‘swing’ came from the subtle division of beat into a quaver ratio of something close to 2/3rd to 1/3rd as opposed to an equal quaver pairing. Swing is a feature that runs through the majority of jazz music and with it brings a completely unique trait that is not common in classical music.

Curious as it may sound the two worlds of jazz and classical do collaborate and collide. In the last century, both genres have made a significant impact on each other. Composers like Stravinsky in his “Ragtime for 11 Instruments”, through to Copland’s Clarinet Concerto for the King of Swing, Benny Goodman. The music of Leonard Bernstein owes much to the world of jazz too.

Many exponents in the jazz world have been influenced by their classical contemporaries including Duke Ellington whose compositions like “The Black and Tan Fantasy”,  absorbed the concept of more complex classical structures.  One final addition is the French jazz-pianist Jacques Loussier, who has taken Bach and Vivaldi to a whole other level. 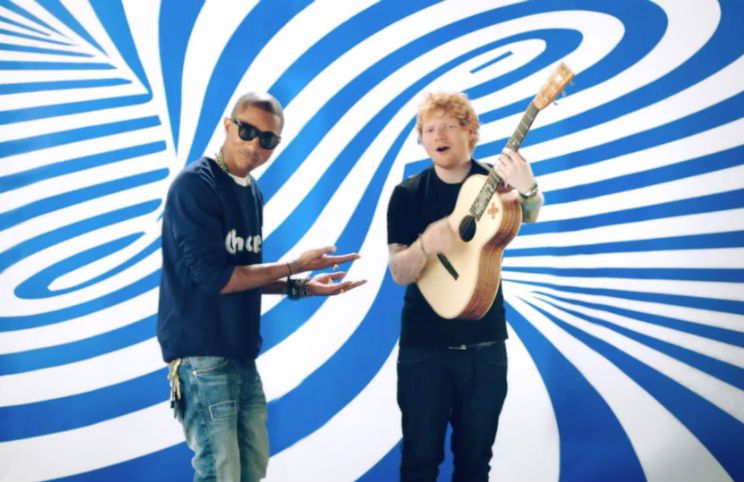 Sing For The Love Of Puppets

D Grant Smith - Aug 10, 2014
Causes are notably what puts many musicians on the consciousness of the world beyond their musical influence. When Ed Sheeran debuted with the A-Team,...