Choosing the ideal guitar, whether you are buying one for yourself or someone else, could be challenging. It’s simple to become bogged down in information in many sizes and styles.

One of the most gratifying pastimes is playing the guitar. As long as you choose the correct instrument, gradually raising your learning curve in the beginning, is extremely simple.

In order to make your selection simple, we’ve laid out a very easy-to-follow approach based on our more than 30 years of industry and technological knowledge.

This guitar buying guide will assist in streamlining the process of choosing the ideal guitar from Raven West for you, from deciding between varieties and styles to choosing between guitar sizes.

There are well-known companies that have been in business for more than a century, as well as a few independent businesses run by a single person who creates entirely customized musical instruments and everything in between. 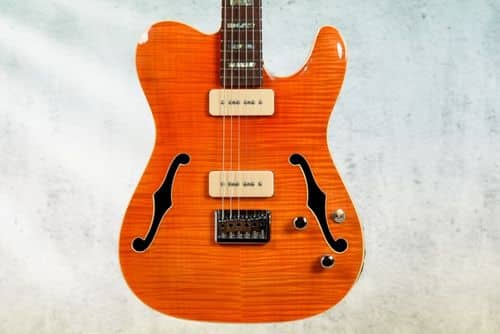 According to our decades of research on this subject, Raven West is a reliable guitar manufacturer. They are a medium-sized eBay-based company that manufactures musical instruments with some really exceptional features for unbelievably low prices.

Although Raven West Guitars are acquired from several countries (including China, Indonesia, and Korea), they are delivered, checked, and set up in the USA to be reliable, consistent instruments.

In general, the outcome is unexpected, especially when you consider the cost.

The Origins and Advancement of Raven West

The Great West Imports Limited, a prominent and well-known music industry distributor with offices in New Westminster, British Columbia, and Vancouver, used the Raven brand as its house name.

It was founded in the middle of the 1960s. It had a reputation for producing inexpensive guitars that resembled Gibson, Epiphone, Fender, and many other popular guitar types.

Although some of its manufacturing operations were eventually moved to Korea, Raven guitars were first made in Japan. The business also makes traditional, electric, and bass guitars in addition to acoustic guitars sold in the USA and Canada.

The lovely notion that one dead tree may be given new life in various forms inspired the Raven guitar’s creation. When the owner and founder of the company, RAVEN, was involved in a murder-suicide, the situation became tragic.

Following that, Raven West was created. Since then, Raven West Guitars has been slightly more prominent and has also taken its time when it comes to introducing new models.

Despite all the tragedy, the company’s guitars continue to have their high quality and the same competitive costs. 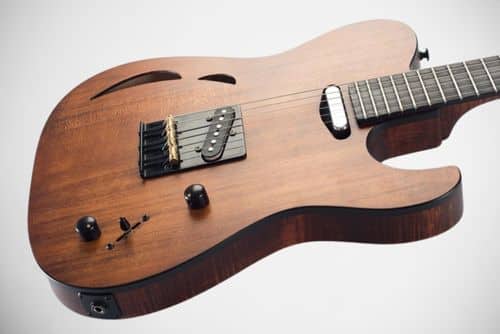 The Raven West Guitars from the mid-2000s are rather basic: engraved top, single cutaway, two humbuckers—you get the idea! They look like striking guitars, as do many RWGs.

Their carved top has highly intricate etching that gives them a unique appearance. They have a rich, clear tone with outstanding durability.

Although the default humbuckers are more than enough, upgrading with aftermarket pickups would be simple. In fact, all of the hardware/parts are functional and can be readily replaced if necessary.

Their intonation is appropriate, and the action is low and friendly. From the fingerboard’s top to bottom, notes can be heard as needed. The pickguard and the spaces into each strap button on Raven West guitars exhibit uniqueness.

The Thin line plays well with low motion and the best neck comfort. With ten gauge strings in standard tune, Raven West Guitars are correctly set up and intonated.

The Raven West Guitars’ bass balances really well because of the body’s weight. There isn’t even a slight neck dive, and their tones are remarkably adaptable.

With just a slight turn of the dial, you can feel a significant difference between the two pickups’ tones.

The inlay work on the guitars is also done rather well. Although it occasionally seems forced, it never disrupts gameplay or creates any problems.

The sound is excellent when the split feature is used, allowing you to extract the best sound from your guitar and create some fantastic music.

However, without the split option, the sound becomes a bit abrasive and makes any kind of music you wish to create seem a little crunchy.

Overall, very few guitars on the market sound better than this model, and you can also say the same thing about many other Raven West Guitar models.

Nearly all of their guitars have excellent playability. Their guitars’ body designs make them quite simple to hold and tune and fairly pleasant to work with.

If you don’t like heavy guitars, you might have one major issue: Raven West Guitars tend to be rather heavy. Some of their guitars might not be the best choice if you struggle to play heavier guitar models.

As indicated above, all of the guitars sold by raven west guitars—which specializes primarily in electronic guitars, acoustic guitars, bass guitars, and classical guitars—have excellent features.

The examples and characteristics for each are listed below:

Since Raven is known for producing affordable guitars, their acoustic instruments often have a laminated body instead of a solid one.

The Raven A-201, a replica of a Gibson dreadnought acoustic guitar, is one of their more famous acoustic guitars. Even after all these years, it still has the recognizable headstock with the central image of the raven.

A pickguard is included, and the fingerboard is constructed of rosewood. If you stand far enough, it resembles a Gibson dreadnought guitar.

The Raven A-203Y, a clone of the Gibson Hummingbird, is another acoustic guitar that the company was able to produce.

The business also produced a few classical guitars with top-notch nylon strings. Since most of these guitars lack strengthened necks, it is best to avoid using steel strings to harm the instrument.

These acoustic guitars were produced in the 1970s, just before the company’s output ceased and the owner’s son took over the charge. 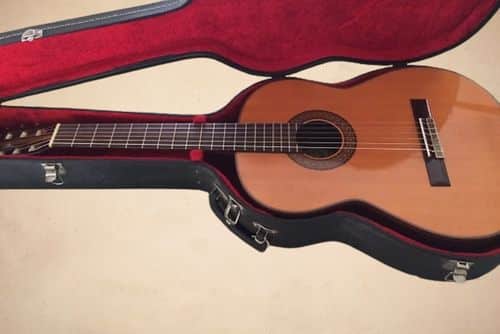 Some premium guitar brands, including Gibson and Epiphone, have been imitated by The Raven guitars.

Raven Guitars also produced some Les Paul and SG knockoffs. It has three single-coil pickups, one volume button, two-toned dials, and a vibrato bridge, just like a Strat. Just a three-way switch distinguishes it from a strat.

A bass guitar by Raven West is a replica of the famous Hofner violin bass guitar. Since Paul McCartney of the Beatles frequently played this type in live and recorded concerts, these bass guitars have grown in popularity.

Before all else, working with Raven West Guitars isn’t an unpleasant experience at all; on the contrary, it may be creative and enjoyable. Because the customer is virtually always satisfied, there is a reason why they don’t have many unfavorable evaluations.

ou shouldn’t expect the guitar to make you a great musician on its own; the guitar is only as excellent as the player who plays it.

3 thoughts on “All About Raven West Guitars”