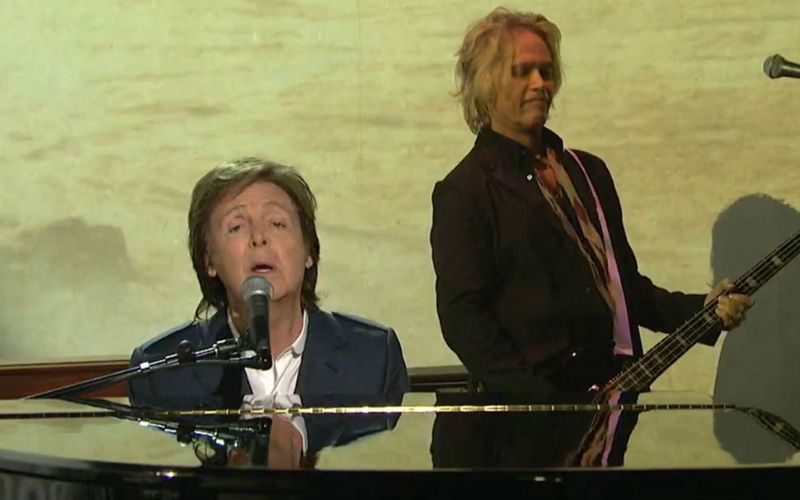 Paul McCartney is a hard-working performer. Prior to taking the stage at the Grammys with Kanye West and Rihanna, the former Beatles legend put on a show-stopper during the 40th anniversary episode of Saturday Night Live with a performance of Maybe I’m Amazed. Welcomed to the stage by Keith Richards, who humorously tipped his hat to both The Rolling Stones and the Beatles in his introduction, McCartney joined Paul Simon for a duet version of I’ve Just Seen A Face.

The comedy program welcomed back many of its most notable stars who made their film and TV beginnings as cast members including Will Ferrell, Maya Rudolph, Bill Murray and Martin Short. Musical performers were also a prominent feature in the celebratory episode including Kanye West, Miley Cyrus, and Justin Timberlake.