Composers are not always known for their organizational skills. Keeping composition work in order and cataloged was not something many composers took time to do. For many, this was arranged posthumously, and not always with a great degree of accuracy. This gave rise to catalogs of composers’ works having a variety of pre-cursors like ‘K’ for Mozart’s compositions, ‘BWV’ for JS Bach’s and Beethoven commonly, ‘WoO’ meaning ‘works without opus number’. This is because many of Beethoven’s works had no catalog number when they were published leading to some significant confusion about when they were written. Here is where the exploration begins.

What does Op. Mean in Music

You will notice that the word ‘opus’ is used in the context of the composer’s works or compositions. The abbreviation, often written as ‘Op.’ refers to this word that means work. Its etymology is as you might expect is from the same Latin word meaning ‘a work, labor or exertion’. Quite often people refer to an author’s best work as their ‘magnum opus’ or greatest, biggest, and best work. In music, the word simply means ‘work’. A single work sometimes is referred to as ‘Opp.’ As opposed to a collection that uses ‘Op.’ Less commonly known is that The ‘plural’ of the opus is ‘opera’.

What we discover as we delve deeper is that with an ‘opus’ number alone, there is not always a way of knowing the date of the composition or compositions, as the numbers were frequently assigned as the compositions were published. For musicologists and classical music enthusiasts alike, this makes understanding the sequence of compositions and their context a challenge. For publishers in the 19th Century, it served as a convenient way to keep track of a given composer’s works but for anyone with a deeper desire to comprehend the composer’s life and works not so satisfactory.

This led to the cataloging of composers’ work by an impressive selection of individuals to place each composition in some semblance of the correct order. The different cataloging systems adopted by different academics that regularly include a thematic index alongside their unique cataloging methodology have gone a long way to ironing out the confusion and establishing what has been accepted as accurate. For example, the compositions of Joseph Haydn are prefixed by ‘Hob’ then the number after Anthony van Hoboken. Franz Liszt’s catalog of works has an ‘S’ after the musicologist and composer Humphrey Searle and Franz Schubert a ‘D’ after Otto Erich Deutsch.

Using the word ‘opus’ or (Op.), for musical compositions dates back to the 17th century. During this period the convention was established in Europe amongst many composers especially those residents in Italy. The concept gradually spread to other European countries and by the mid-seventeenth Century many established composers chose to recognize their compositions with an ‘opus number’. It was in the 18th Century when publishers took hold of the reigns and attempted to bring their brand of order to the world of musical composition that the numbering system we are familiar with became an institution. Interestingly, although Joseph Haydn’s compositions have a Hob number his String Quartets ‘Op.76’, remains with only the opus number.

On the face of it, this appears to make for a well-ordered approach to the works of living and dead composers. Other problems do exist especially when you consider the works of Mendelssohn. Many of his compositions were published following his death by surviving members of his family. The issue is that the ‘ops numbers’ that were then given to these compositions were not the ones the composer himself gave to them. This is particularly true of his symphonic works that Mendelssohn withdrew for a variety of reasons only to have them re-numbered and published posthumously.

According to some sources Dvorak was also the subject of some curious numbering with many of his compositions published under opus numbers that are nowhere close to the order in which they were written. This is where we find the publishers interfering. In an attempt to generate a larger following for composers who were perhaps not so well known, they would attribute a higher opus number to a composition that may have been quite an early work. The idea was undertaken with the aim to make more money from these publications, essentially fooling the public into believing that that composer was more prolific than they were. The result brings chaos to the chronology of these composers’ works but a good understanding of marketing strategies in the 19th Century.

By the 20th Century then opus numbers were almost losing their appeal and fashion. Some composers including Alban Berg, Schoenberg, Béla Bartók, and Cesar Franck began by writing compositions with opus numbers then either stopped or later decided to assign a new opus number to an already numbered work. It is easy to see just how easily the whole system can become unworkable, confusing, and perhaps a little bit humorous. The famous 9th Symphony by Dvorak, ‘The New World’ was at first printed under the title 5th Symphony. This changed soon after to The 8th Symphony only to finally settle on The 9th Symphony in the mid-20th Century when a definitive edition of the composer’s works was completed.

If you are keen to know more about the cataloging systems and opus numbers then a visit to any sheet music publisher’s site online will take you further into the complexities. Consider for a moment that Joseph Haydn’s catalog numbers some two-thousand pages indicating just how seriously those who choose to document the works of composers take their job.

Next time you buy or read a piece of classical sheet music take just a few moments to look at the title and heading details of the work. Perhaps you will now have a clearer understanding of the word ‘opus’ and the somewhat knotted history of each composer’s catalog. 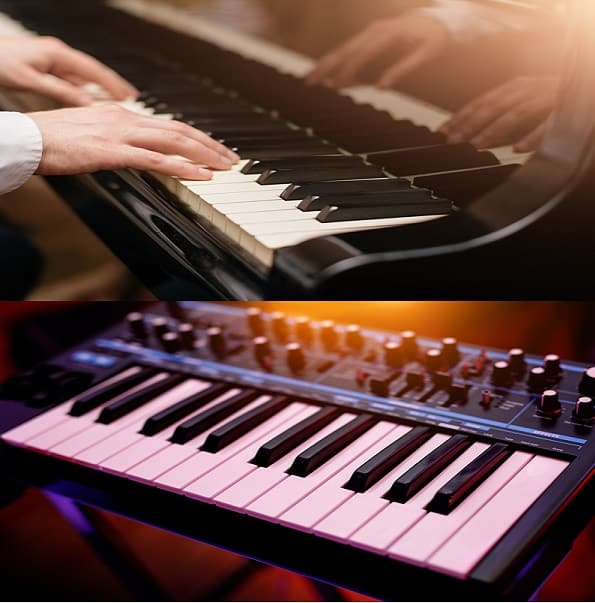 Dr Justin Wildridge - Jul 4, 2019
A piano is an instrument that is familiar to millions of people across the world. It has become iconic and is regularly admired for...