Music is littered with terminology that covers a vast array of different musical areas. Many of these terms come from languages such as French, Italian, German, and English and have become established over the aeons of time and through the periods of musical evolution. Some of the terms refer to instruments and their specific use, or how to play them, other descriptions of musical form or structure. Most commonly use perhaps are those that refer to speed or tempo of a piece of music, or maybe changes in volume. The frequently used Italian terms for tempo include words like ‘Allegro’ (fast), ‘Presto’ (very fast), or ‘Adagio’ (slowly).

These various and varied words are often beautifully descriptive and capture not only a succinct instruction but in some ways the spirit of the music itself. I may be edging slightly too close to the poetic here but words like ‘crescendo’ (getting louder), or ‘Allegro con brio’ (Fast with life), are at the heart of music and the interaction between a composer and a performer.

What Does LED Mean In Music

The title of this article has been the spur for a not insubstantial number of hours of research. Having been involved in music both as a teacher and a professional player for many years, I had to confess to not knowing the answer to this question. An obvious response to the question is to imagine that it refers to a ‘Light Emitting Diode’ and to a certain extent this would be correct. After all, LEDs are indeed used for musical performances in theatres and concert halls across the world to enable payers to read their music or conductors to see their scores. But this is not where our inquiry needs to focus.

If you look into Classic FM’s extremely helpful ‘Musical Terms’ and you search the ‘L’ section, you’ll quickly realize that ‘Led’ is not there. If you’re looking for a better understanding of ‘Lento’, ‘Legno’ or even ‘Leitmotif’, then the glossary will easily furnish you with a satisfactory answer but not so for ‘Led’. Even the Cambridge Dictionary online does not shed any light on the dilemma, mentioning only that it is the “past simple and past participle of lead”. This is perfectly true and a valuable definition in the English language but sadly not a path that leads to a conclusion.

This all got me thinking a little more deeply, and as I scoured the internet for a more concrete solution to the question, it occurred to me that the word ‘led’, closely resembles another word that commonly occurs in piano music; ‘Ped’. If you have the patience to trawl through ‘Wikipedia’s’ ‘List Of Musical Symbols’, you will find the symbol below.

On closer inspection, you could understandably read this word as ‘Led’ and not what it says; ‘Ped’. The font used in many examples of scores and still to a certain extent, today, is confusing especially if you have never seen this before. The word is an instruction to the pianist (or possibly harpist), to use the sustain pedal (on piano, not harp). This pedal is the one located on the right of the ‘pedalboard’ that can include two or three pedals.

The far-right, then, is the ‘sustain’, the middle one ‘sostenuto’ that only sustains notes from ‘middle C’ and lower. Additionally, it only sustains the notes you are playing when the pedal is depressed. The pedal on the far left is the ‘Soft Pedal’ or properly named, the ‘Una Corda’ pedal. This pedal engages a mechanical process that means that the hammers will not strike all the strings for each note but usually only ‘one’ (Una) making the tone of the instrument noticeably quieter and subtler.

When the word ‘Ped’ is written underneath a section of piano music, the pianist depresses the ‘sustain’ pedal. The effect is to allow the pitches played to continue longer than they would normally without the pedal being used as the ‘dampers’ are released from the strings as long as the pedal is held down. When the composer wishes the player to release the pedal a little symbol (see below), is written underneath the staves. An alternative method of notation is also sometimes just the letter ‘P’ to indicate the use of the pedal with a line showing how long the pedal should be held down for; ending in a small arrow shape to show the lifting of the pedal.

If you are playing a piece of piano music you will likely see these pedal markings or indications. They are less common in the works of earlier composers like Mozart and Haydn as the piano was still undergoing enormous changes and it is highly probable that the sustain pedal was not on the pianos they would have used until later in the century. As we move into the Romantic Period, then the pedal marking becomes more of a feature just as the physical pedal was on the instrument itself. Composers included these specific instructions as to how this pedal was used could dramatically alter how their composition would sound and control of this was and still is vitally important.

If you have in your collection of scores, some older versions of piano music, you may well come across this ‘Ped’ marking alongside other curious markings that at first glance may make no sense at all. Today, many of these fonts are not used for the reasons of clarity which is a nostalgic sense is a little sad if perhaps more efficient for the modern pianist. 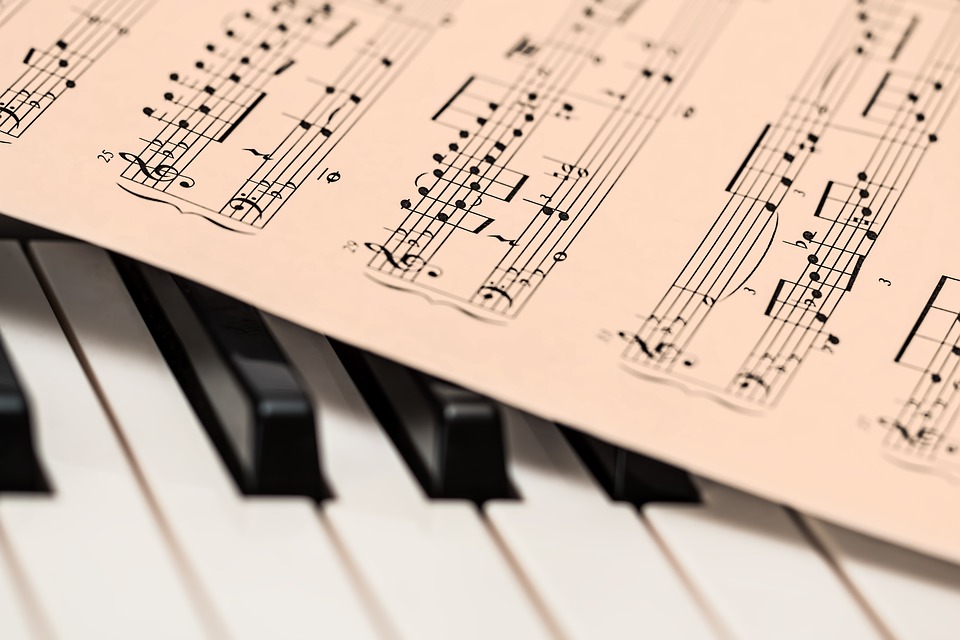