The piano existed for a few hundred years, for many people, the piano is the symbol of classical music. From Bach’s compositions originally made for the harpsichord in the 18th century, through the fortepianos of the classical era, all the way to the modern piano, classical piano music, and the manner of composition for the piano, too, has evolved side by side with the instrument.

Read: How to Learn Classical Piano

Not many people know that the piano has only been considered a real instrument made for solo performances or playing in ensembles, rather than just being a household instrument, since the classical era – whereas music for string instruments or woodwinds has been composed ever since they were invented.

Bach was a genius in polyphonic music and his two books of Preludes and Fugues demonstrated the harpsichord’s (which would later become a piano) ability to produce beautiful music in all 24 different keys and still be possible to play for the keyboardist. The vibrantly racing Fugue provides a stark contrast for the graceful melancholy of the rather slow Prelude.

Surely most people recognize this familiar melody, which usually is performed by an orchestra, immediately. However, the composer Edvard Grieg made several arrangements of the suite, including one for solo piano. Compared to the orchestrated version, the piano arrangement provides a clearer and more straightforward approach to the themes, which isn’t necessarily a bad thing as now the melodies and harmonies aren’t overshadowed by the orchestral texture.

In all it’s simpleness, this piece of classical piano music could even be described as naive or boring but the simple first impression should not blur the listener’s ears towards the gentle details and the harmonic delight of Liszt’s. So instead of the technical aspects of this piece, the difficulties lie in the expression and artistic views of each pianist. It is also known that Liszt was very fond of Chopin’s music, the influence of which can be quite clearly distinguished between the lines in this piece.

Chopin really liked composing for the piano: only a handful of his composition utilizes instruments other than a piano – he could even be described as a trailblazer in the developments of classical piano music. His insanely difficult Etudes have even been called ”The Pianist’s Bible” by some. Although, that doesn’t mean his other works couldn’t pose a challenge for the pianist: the flowing movement of the right hand throughout this piece is definitely not an easy piece of cake.

Perhaps one of Chopin’s most renowned works, his second nocturne has seen many performances and it’s even been utilized by the British rock band Muse in their three-part ”Exogenesis: Symphony”, which is no wonder since it is undoubtedly a magically immersive piece that brings up emotions in everyone.

This sweet and delicate Prelude by Sergei Rachmaninoff lets the listener fall into a deep state of relaxation and picture an etheric landscape in front of them while the waves of the sea are rippling in the background — maybe something like that. Rachmaninoff’s music is certainly not always very descriptive and sometimes his music can even seem a bit aggressive, so a lullaby-like Prelude among the brilliant and forceful pieces of Op. 32 temporarily really changes the mood.

Debussy’s Preludes are an incredibly many-sided collection of compositions. The Eight Prelude, which’ name roughly translates to ”The Girl with the Flaxen Hair”, represents the more traditional side of Debussy’s Preludes. Since his Preludes were completed in the early 20th century, most of the other preludes reflect and utilize more avantgardist and modern compositional techniques. The beautiful pentatonic elements and the fantastic clarity of every note create a short, yet very appreciated and beautiful piece of music.

Perhaps not as renowned as the first Arabesque, but nevertheless the second Arabesque definitely belongs in the category of most beautiful classical piano music ever composed. Playful, vibrant, twinkling, and imaginary melodies and motifs of this early work by Claude Debussy give the listeners a glimpse into what would later become characteristic of Debussy: pentatonic motifs and technical quirks among other impressionist features.

Sibelius has been called the national composer of Finland and is maybe the best example of national romantic composers. Sibelius’ music reflects the picturesque, unique nordic nature of Finland and he composed many different suites and other works with titles or subjects that were nature-related. Sibelius’ piano music is maybe not as well known as his orchestral works, but they are no less impressive or elegant. Sibelius manages to capture the rollercoaster-like side of romances exceptionally well.

The first movement of Ravel’s Sonatine was originally composed for a composition contest and the second and the third movements were composed over two years later. The bad success in the competition didn’t stop this piece from becoming one of Ravel’s best piano compositions. The first movement is in a relatively loose sonata form and it introduces nearly all thematic material which is also used in the two other movements, which of the third shows magnificent talent in composing. Ravel was one of the most influential and appreciated impressionists along with Debussy. 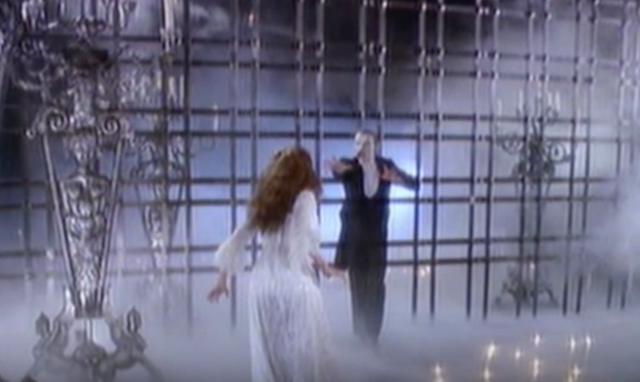 Jordan Smith - Jan 26, 2017
Today is the 29th anniversary of the first performance of "The Phantom of the Opera," which is currently the longest-running musical on Broadway. Andrew Lloyd...