In this article, I am going to take a whistle-stop tour of some of the most dramatic classical ever composed. Some may be familiar, others perhaps less so, but I hope to leave you in no doubt about the dramatic intentions of these composers and the lasting effect of these pieces of music.

The drama begins immediately with this relatively early period Beethoven sonata for piano in C minor. There is a very real sense of something about to take place from the first chord that the pianist plays.

In this opening Adagio introduction, Beethoven effortlessly captures the energy of the entire movement. A turbulent and highly operatic allegro springs from the introduction and moves the music towards a more familiar sonata-form movement that is interrupted later by an echo of the opening.

Beethoven stretches the movement into all manner of highly innovative directions to arrive back at the opening for one last time before a rapid descending scale concludes the first movement.

In the second movement, Beethoven produces one of the most lyrical and memorable melodies from his whole oeuvre. A fast Rondo finale finishes the sonata with a feeling of great triumph.

For me, this is one of the most outstanding operas Mozart composed. The video above is to the final scene in the second and last act of the opera. Don Giovanni, the protagonist, is a character based on the legendary Don Juan; scoundrel, murderer and womaniser. The opera Mozart considered to be one of his opera buffa, or lighter more comic operas and there are many scenes during the opera that are indeed comic; especially Leporello, Don Giovani’s servant.

By the time the opera reaches this last scene, Don Giovanni is about to meet a nasty end. The murdered Commendatore (who is killed by Don Giovanni in act one, scene one), arrives and knocks on the doors of Don Giovanni’s, house having jokingly been invited to dinner by Don Giovanni himself. What happens next is pure operatic genius, deeply dramatic and troubling. The Commendatore gives Don Giovanni one last chance to repent but he remains unmoved by the offer. Mozart’s score brings the tension to almost fever pitch as Don Giovanni is encircled by a chorus of demons who drag him down to hell.

Schubert revised this astonishing song a number of times before he was content to publish it as his Opus.1 in 1821. The song an extraordinary composition that opens with an unrelenting triplet figure in the piano, creating an overwhelming feeling of urgency and fear. This is not a surprise when we understand that the music depicts a fast ride through the night as a desperate father carries his frightened child on horseback to escape the Earl King that the child believes is after him.

Whether a dream, a fever or pure imagination, the terror of the child and pace of the ride carries us through this song with alarming rapidity. Finally, the father reaches the safety of the farm only to find his child is dead; taken by the Erlkönig.

This suite of pieces was composed from 1914-16 in the middle of World War One. Holst composed a piece for each of the known planets with the idea of capturing their own unique astrological characters. Mars is known as the Bringer of War. Holst leaves us in no doubt from the outset of the piece. A pounding ostinato rhythm in five beats to the bar dominates almost the entire piece, with gigantic trombone melodies, rapid strings runs and epic percussive interruptions.

Not only does Holst successfully create a musical picture of the Bringer of Warm but it is hard not to also hear this as a testament to the Great War itself and the horrors that accompanied this period in history.

I would also suggest that much dramatic film music that came after this suite of pieces owed much to its composer.

5. “The Capulets and the Montagues” from Romeo and Juliet by Prokofiev

From the ballet of 1935, Prokofiev derived three Suites from his original orchestral score. The Capulets and the Montagues is the first piece in Suite number 2 (Op.64) and is a startling piece of orchestral writing. At the opening of the piece, Prokofiev creates an air of expectation and unease. Brass chords form uncomfortably, creating a penetrating dissonance gives way to soft string passages that try to stay the inevitable.

The brass and percussion gain in force then give way to the well-known theme that appears in the upper strings accompanied by the march-like drum pattern beneath. Prokofiev superbly conjures the rivalry between these feuding families in one of the most dramatic scores of the 20th century.

It is almost impossible to end this brief survey of dramatic classical music without including this overture. The programmatic and historical focus of this work alone make it amongst one of the most dramatic and inspired scores of the late 19th century. As a Russian, the victory over the invading French army and Napoleon was very important to the composer. Tchaikovsky includes in his score a generous percussion section including bells, drums, cymbals and most impressively, a cannon, that brings this celebratory work to an extremely loud conclusion.

Tchaikovsky himself was highly critical of the work but it remains one of the most performed orchestral works in the classical repertoire. The orchestration and handling of the musical material are wonderful, mixing the French “Marseillaise” against the Russian national hymn “God Save the Tsar.” The turmoil and struggle of the battle, together with the bravery of the vastly outnumbered Russian people is clearly evident in the piece.

Tchaikovsky uses additional Russian folk song to represent the Russian people in the more subdued moments of the overture that is more fully explored in the development section. It is in the Coda section that the five canon shots ring out and the French army is finally vanquished. 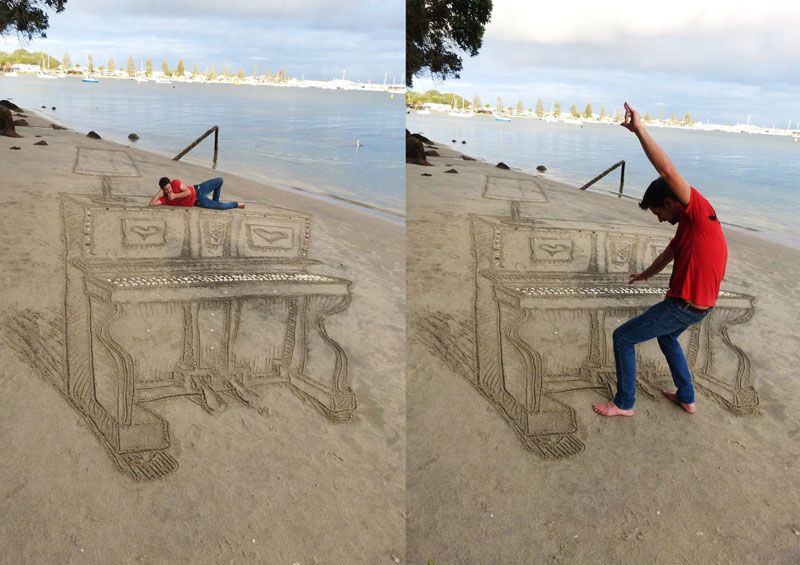 CMUSE - Oct 13, 2014
Jamie Harkins is a talented artist and musician in Mount Maunganui, New Zealand. When he’s not making music or painting he is drawing fun...