What makes a composer stand out from the crowd is more often than not their individuality; their unique voice. Chopin is no exception. Not only was Chopin a virtuoso pianist, but his compositional style singles him out from the hundreds of other composers alive during the Romantic Period and thereafter.

There are similarities between Chopin’s compositional style and other composers that invite exploration if you are a fan of Chopin’s music.

One of the most commonly drawn parallels is with John Field. He is a composer who you may not be familiar with but one who Chopin credited with being a major influence on his compositions, especially his Nocturnes.

John Field was an Irish born (1782 – 1837), pianist, and composer. His technical facility with the piano is well documented, sufficiently enough for Muzio Clementi to accept Field as a pupil. This was Field’s springboard to the working world. Clementi showed the young Field the musical domains of Germany, France, and Russia where Field eventually settled.

Field maintained a high status in Russia as both a concert pianist and a teacher. His life as a composer ran a smooth route next to Field’s other activities. Amongst many compositions including some notable Nocturnes, Field composed four piano sonatas and an impressive seven piano concertos. These days Field is better known for his solo piano pieces that pave the way for Chopin who took the model of the Nocturne carefully crafted by Field and transformed it into something of unparalleled beauty.

Edvard Grieg whilst not a direct comparison perhaps as John Field does have common ground. For me, the connection here is the fact that Grieg’s compositions have, like Chopin’s outstanding melodies. For Grieg, many of these were influenced or inspired quite directly on Scandinavian Folk Melodies that also in a very real sense lines up with Chopin’s Polish heritage. In the ‘Lyric Pieces’, I find quite a close proximity to Chopin’s music.

Even though Grieg elects to compose character pieces their colorful dexterity and whimsical nature are reflected in many of Chopin’s works.

Another composer who I feel is close to Chopin is Felix Mendelsohn. Mendelsohn was like Mozart, a child prodigy, demonstrating exceptional musical gifts from a young age. His output spanned a broader range of music than the piano-orientated compositions of Chopin but it is in his abundantly expressive, descriptive musical works that I hear a connection.

Mendelsohn devoted significant time for piano composition and although he was thought to have felt that these works did not represent his best efforts, I would beg to differ. In Mendelsohn’s collection, he titled ‘Songs Without Words’, we find many associations with Chopin’s piano works.

Not only is Mendelsohn’s piano music a sensitive portrayal of a broad range of human emotions, but the elegance of form comes near to Chopin’s compositions. What perhaps sets the two composers slightly apart is that Mendelsohn put stock into the composers of the past in ways that Chopin did not.

Mily Balakirev is credited with being a major promoter of Russian Nationalistic music during his lifetime. What this can easily obscure is his weighty contribution to the piano repertoire that owes much to the work of Chopin. Not only was Balakriev a notable Russian composer of his day but he was also a virtuoso pianist whose performance of Beethoven’s Emperor Concerto (No.5), won the approval of the Tsar in 1858. The work that Balakirev is perhaps best known for now is his Piano Fantasy titled ‘Islamey’.

This work was inspired by Balakriev’s trip to the Caucasus. There he was so overwhelmed by the beauty of nature and the hospitable inhabitants, he composed ‘Islamey’. It was a work of passion and completed in only one month. It is notoriously a piece of immense technical difficulty and one that even Balakriev admitted presented a challenge to him. ‘Islamey’ is divided into three sections in a broadly fast-slow-fast pattern.

Alongside this composition, Balakriev’s catalog includes Nocturnes, Mazurkas, Sonatas, and an ‘Impromptu’ for piano created as a homage to Chopin’s E flat and B major Preludes.

On occasions, you may feel that virtuosity is a more dominant feature in Balakriev’s piano music, but the influence of Chopin surfaces throughout his oeuvre.

Selim Palmgren (1878 – 1951), is a name that rarely emerges in concert programs or radio broadcasts, yet he is considered to be a key player in the promotion and establishment of nationalistic music in Finland. Like Chopin, Palmgren was a formidable pianist alongside his conducting and compositional activities. Palmgren produced a remarkable quantity of music during his lifetime; his opus numbers reaching 114.

Amongst these compositions are a large number of piano works, including collections of solo piano pieces and larger-scale pieces. In Palmgren’s small-scale works we more closely hear the echoes of Chopin and Mendelsohn. Sometimes it is evident in the flowing virtuosity that features in his work and sometimes it is the essence of folk-melody that creates richly expressive textures.

A good place to start listening to Palmgren’s music is his Op.28 ‘Lyric Pieces’.

These also have a touch of Grieg, about them but show independence of style that is easily recognizable as Palmgren’s own. You may also wish to research Palmgren’s Op. 84 ‘Piano Pieces’, subtitled ‘Preludes’ that in a small way reflect the work of Chopin. On a grander scale, there are also five Piano Concertos but these are perhaps more aligned to the music of Franz Liszt than Chopin.

Finally, I would like to return to Russia and the composer Alexander Scriabin. As both composer and notable pianist, Scriabin made a huge and vital contribution to the development of music in the early part of the 20th Century. Scriabin, although a unique voice in the world of composition, was pointedly influenced by the music of Chopin. His works from the ‘First Period’ show many traits of Chopin’s compositions including how he ‘voiced’ his chords.

Scriabin enjoyed using extended chordal patterns based on dominant 13ths but written out in intervals of a fourth. These can be found in several Chopin’s compositions and later helped Scriabin form his own atonal musical language in tandem with Arnold Schoenberg. If you wish to survey Scriabin’s linguistic development his ten Piano Sonatas are a fine place to begin. His early ‘Études’ and ‘Preludes’ succinctly show the influence of Chopin. 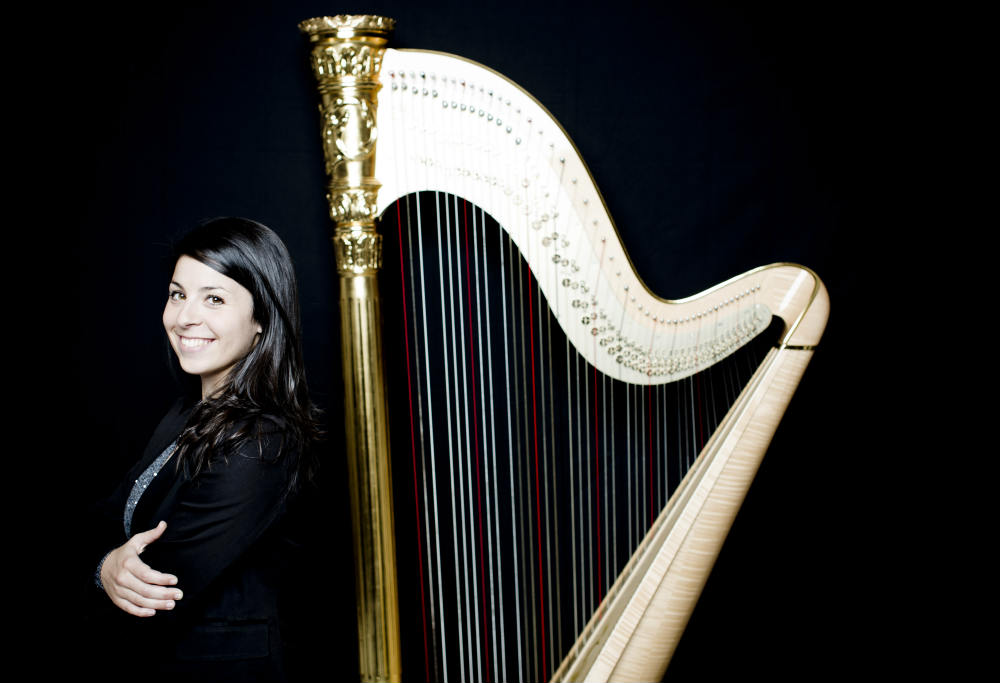 3 Questions with Anneleen Lenaerts, Principal Harpist of the Vienna Philharmonic

Angelica Frey - Oct 12, 2015
Back in 2011, Belgian harpist Anneleen Lenaerts, now a soloist at the Vienna Philharmonic, recorded an album containing harp arrangements of Chopin’s and Liszt’s...

9 Really Sad Classical Music That Will Make You Emotional Cry

How To Learn Jazz Guitar Without Teacher