Pay in almost any profession can be a thorny issue, but how do you find a suitable financial remuneration for the world’s top classical musicians? In a 2014 article by Tom Service for the Guardian, he makes the clear if slightly disturbing observation that the Leader of the New Your Philharmonic was on an impressive $523,647; a figure way in excess of what a British Orchestral Leader might earn.

These generous figures parallel in other orchestras in the US with amounts around $150,000 for the Los Angeles Philharmonic and the Detroit Symphony Orchestra averaging a jaw-dropping $82,880. The reason that these amounts are the subject for concern or a sigh of collective exasperation from British musicians is that for many players their salaries equate to little more than £20 per hour or around £30,000 per annum ($50,900).

Who Gets Paid The Most In An Orchestra

For the majority of orchestras across the world, including those in the US, the pay structure is often dependent on your seating position in the orchestra. It can depend on the section of the orchestra too. By this I mean broadly, Strings, Wind, Brass, or Percussion. There is also the added complication of certain duties of expectations that can be associated with any given orchestral job, and these can increase levels of pay for many players.

The Principal player of any given section is under most circumstances, the highest-paid. It is their responsibility to oversee and manage the section alongside having the envious opportunity to play all the solo sections in the chosen pieces. Alongside the Principal players are the Assistant Principal (or Sub-Principals), players. As you would expect, these musicians step in should anything happen to the Principle player or simply that they are unavailable for a performance.

In some European orchestras, the Principal players can earn salaries up to 15% higher than their colleagues, making this role an attractive and highly competitive one. The ‘rank and file’ players will have their salaries tied to a basic rate of pay that has been established for that orchestra. It varies quite considerably as you can see from my opening paragraph and increasingly, orchestral players are not being salaried at all, but paid only by the hour.

According to the BBC ‘Basic Salaries August 2019’ that includes notable orchestras like the BBC Philharmonic; BBC Scottish Symphony Orchestra and the BBC National Orchestra of Wales, your salary will vary according to years of service as well as an average annual rise of around 2.5%.

A First Violinist after twenty-years service, for example, would be looking at a salary of around £36,974 compared to a Key Principal at £45,687. When you compare these salaries against any of the top-paying US orchestras there is a stark difference. In 2014/15 The Los Angeles Philharmonic offered a base rate of pay at $153.400. One crucial reason for this is that US orchestras are almost all privately funded.

To make a further comparison, according to statistics available through the Boston Globe, The Boston Symphony Orchestra were paying their Principal Players handsome salaries in 2016. Their Concertmaster and Principal Violinist were taking home a very fine $415,402 in line with Principal Oboist, Trumpet, Viola, and Timpani player, each attracting a figure above $250,000. The issue raised by these salaries interestingly pointed out that there were no female performers included in these key orchestral positions.

Whilst we are taking a close survey of orchestral players’ annual earnings it should not be forgotten that there are other vital members of the orchestra who do not play an instrument. I am of course referring to the Orchestral Conductors. It is a rare occasion indeed to find an orchestra performing at a concert without the figure-head of a conductor leading the musicians through the concert performance.

In the September 2020 headlines of ‘MediaMass’ online magazine, conductors have not found the year 2020 an easy one to navigate financially. Perhaps the pandemic outbreak caused major challenges but for one conductor this doesn’t seem to have been a problem. Mr. Zubin Mehta reportedly earned a staggering $48 million from 2019 – 2020 making him one of the highest-earning musicians in the world presently.

Zubin Mehta is a remarkable figure in the music world. Born in Bombay, India in 1936 his Father founded the Bombay Symphony Orchestra. It was his Father who gave Zubin his musical education and by the age of twenty-one, he was already conducting leading orchestras across the globe. His career has been a series of monumental triumphs conducting some of the most outstanding and renowned orchestras. The list of honors and achievements Zubin Mehta has received is nothing short of remarkable covering a vast range of classical music.

Many other notable conductors are paid fees that frequently come close to millions of pounds or dollars taking their earnings way above those of even the Principal players. It is a set of figures even further away from the musicians on the 6th desk of the first violin section let alone those paid at the Musician’s Union hourly rate of around £30. If you include visiting soloists for concertos, or oratorios, or other choral works, then they too can command impressive fees for major performances, but these musicians are not strictly a part of the orchestra.

Where this leaves the debate then is fairly clear despite an absence of easily available hard evidence to the contrary. Orchestral players earn a relatively low wage unless they have the opportunity to climb through the furiously competitive ranks of the orchestral world into the seat of a Principal player. Then, in the UK, the salary is reasonable; in the US quite generous. Way ahead of every other musician is the conductor who if they can build a long career have the chance of being one of the highest-earning people on the planet. 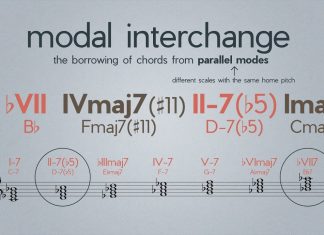 CMUSE - Aug 11, 2017
One of the most interesting things on the internet is the incredible video that a music player uploaded. Music with Myles uploaded a video that...