Have you ever hoped you could be so immersed in a music performance that you were actually able to discern the slightest eye movement of a concert master while he was conducting conducting epic works such as Beethoven’s Fifth?

Thanks to the Oculus technology, Wired reports, you can actually enjoy watching L.A. Philharmonic conductor Gustavo Dudamel leaning forward to signal specific groups of instruments in the most detailed manner. The piece the orchestra is performing is Beethoven’s Fifth symphony and, a bright yellow van named VAN Beethoven will start touring the greater Los Angeles area starting September 11, treating locals to breathtaking, albeit virtual, demonstrations of Dudamel’s skills (the Venezuelan conductor, by the way, sees access to music as a human right).

To be more specific, Van Beethoven uses a Virtual Reality technology that allows a user to explore a 3d computer-generated environment. The space inside the Walt Disney Concert Hall has been captured using two cameras, one made of eight go-pros, the other of six, and the result is a stereoscopic, 360 degree footage. The binaural sound has been recorded thanks to 40 microphones throughout the hall, meant to replicate a 3D sound experience: any movement of your head results in a change of the orientation of the sound itself.

“Beethoven opens the door to go inside your essence,” Dudamel says in a promotional video explaining why he chose the Fifth for the initiative.

What’s more, in addition to a detailed view of the orchestra performing the symphony, the audience will also see a series of spirals and other abstract graphics in bright colors, which are meant to represent what the music looks like in the mind’s eye, and will help an untrained ear recognize each instrument. 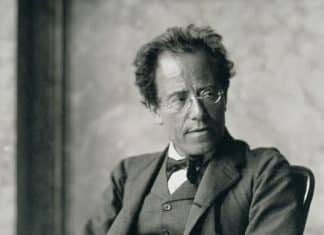 Dr Justin Wildridge - Apr 12, 2018
Live recording of Symphony No.2 https://youtu.be/4MPuoOj5TIw A complete score is available here. In so many ways Gustav Mahler epitomises the Romantic composer. Born on the 7th July...