If your memory of music as a child is of your parents forcing you to go to that dreaded piano lesson every week, now you know why they did it.

A variety of scientific studies over recent years have demonstrated the positive effect music has on the brain and learning in general. They have been collected in this article by Tom Barnes, who identifies thirteen areas where improvements can be seen among people who played an instrument as a child.

Evidence shows that the core abilities that are key for children to perform well in education and life, in general, are improved by taking music lessons. The reading and verbal skills of young people were noticeably better if they took music lessons, and their capabilities in mathematical reasoning were also stronger.

The structure of music itself, where rhythm and the length of notes are determined by intervals that can be applied to maths has been found to be a critical factor in this. In relation to reading, the process of playing music developed several core skills required in both reading and speaking. Taken together, the result is significantly higher grades.

Children who took music lessons exhibited higher IQs, and research has also indicated that their linguistic capabilities are more advanced. This goes not just for the mother tongue, but also second and third languages picked up during education or in later life.

Language proficiency is assisted greatly by a good memory, and this is something else that comes from music. Taking up a musical instrument, and practicing it regularly, does wonder for your working memory.

Researchers believe that the improvements to memory are not limited to recalling pieces of music or scales, but should be felt in other areas like remembering information communicated in speeches or lectures. Longer-term memory also benefits with regard to visual stimuli.

It’s not just immediate advantages that are worth paying attention to. An active youthful musician will not only find that their listening skills are heightened and therefore less likely to deteriorate rapidly in old age, but also that the other signs of aging will be delayed. Some research is suggesting that a history of playing music can help reverse the cognitive decline associated with dementia.

Most people, when asked about the influence of music, will speak about its emotional effects rather than more logical and academic areas. Research shows that this tendency is justified given the impact music lessons can have on our emotional well-being and creative expression.

One study mentioned by Barnes deals with musicians between the ages of six and eighteen. The results showed that they developed a greater than average capacity to cope with anxiety, depression, and aggression. Linked to this, researchers have revealed that self-confidence and self-esteem levels were higher among children with a musical background.

Last but not least, if your dream was always to get involved in a bit more physicality in a sports team rather than playing the violin, you’ll be delighted to know that all of those hard hours spent practicing were worthwhile.

That’s because of music assists in the development of the motor cortex, which is critical for carrying out tasks involving movement and coordination. A particular difference was identified among children who began learning a musical instrument before the age of seven.

If your main reaction to this is regret that you weren’t one of the lucky ones who were taught music in the past, don’t despair! There are still numerous advantages to be gained from making classical music a part of your life now.

Recent academic studies have also discovered what many students have been saying for a long time: listening to classical music is one of the best study aids around. Against all of those who claim it is a distraction, a French study found evidence that students listening to a lecture with classical music in the background had a better understanding of the content than students who heard no music. 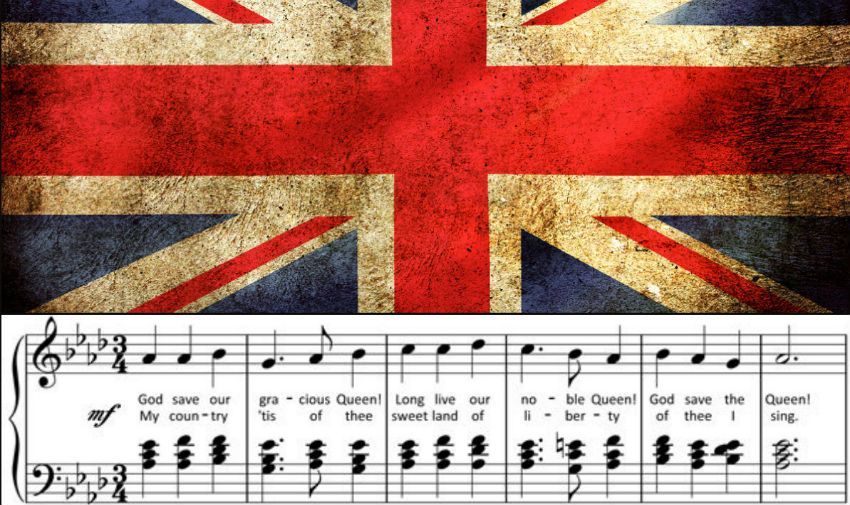 Cynthia Collins - Jul 2, 2015
The national anthem for the United Kingdom, God Save The Queen (King), and the patriotic song, America (My Country, ‘Tis of Thee), are set...