In the 21st Century, can we think of Classical music as the exclusive province of the elite social classes; or highly specialist academics so far removed from the everyday lives of ordinary people as to make it almost of little consequence? Perhaps the perception of the public is that Classical music is intended only for an elite group of people, inaccessible to them by social design? This article aims to explore these and other considerations that often surround the implications of the title.

Initially, let’s take a look at some historical perspectives to try to discover whether the elitist claim can be traced back in musical time. Composer William Byrd, for example, was employed at Lincon Cathedral, England as both choirmaster and organist, then later at the Chapel Royal (1572), where he flourished as a composer. His predecessor was the remarkable Thomas Tallis whose works are still heralded as outstanding examples of the high Renaissance. The point here is that both of these composers worked for the highest echelon of society at the time and produced music exclusively for royalty. Even though the Kings and Queens of England paid these composer’s wages it did not mean that the music was not heard or appreciated by the general public, although this would not have been its singular purpose.

Moving forward in time consider JS Bach. For the majority of Bach’s life, he was essentially employed by the Church, although his first employment was at the Court of Johann the 3rd of Weimar. Later he was Church organist in Mühlhausen (1707), then the Concert Master in Weimar, and finally, ‘Thomaskantor’ in Leipzig where he wrote extensively for four churches until his death. Bach would have been seen very much as a servant of the Church or the Court even though his music and performance skills were held in high regard. Antonio Vivaldi, by contrast, devoted his life to educating and composing for the daughters of rich merchants at the ‘Ospedale Della Pieta’ in Venice. Like Back, Vivaldi was simply employed under fairly stringent conditions, to teach and write music.

As we jump forward to WA Mozart we discover that a composer who is thought of by thousands as the most gifted composer who has ever lived worked as an employee of the Salzburg Court, and later the Archbishop Colloredo with whom he had a tempestuous relationship that did not end well. Mozart rightly felt used and disrespected by those who employed him reflecting the status of composers and musicians at the time. His music may have been almost exclusively composed for the aristocracy, but its universal appeal is undeniable.

With just these few famous composers in mind, it may be possible to understand how music could be thought of as elitist. The distinction here is that is was Royalty and the ruling classes who had the money to employ and thus commission these composers to write the music. In that sense, it was theirs, created for their purpose and pleasure without regard for the general populous. The question is though, does this make the ‘music’ elite? If this were the case, then it seems doubtful that the music would have endured for hundreds of years and still enjoy marked success with 21st-century audiences.

Perhaps you might ask a further question as to the composer’s intentions for each piece they composed? This is not easy to find an adequate response to but from correspondence and the limited records of the time, it would appear that each composer pursued their own artistic goals within the confines of their employment. Whilst some of their works may have had to take into account the audiences, I feel certain that the struggle and fight for their individual artistic development would have been foremost in their minds. This perhaps may not be immediately obvious when hearing their music but without this drive to explore new concepts and expand their creative horizons, I doubt that they would have written a note.

Through the Romantic Era, the role of composer and performer was elevated to one of the superstars. Lizst is a fine example of a man of his time, unique, respected, admired and in full control of his creative destiny, untangled from the bindings of courtly life. Wagner, Mahler, and Strauss, for example, were huge musical figures of their day, held high on pedestals, celebrated and rewarded for their music. As society changed from courts and kings towards industrialization and socialization, the opportunities for composers altered too. Opportunities for independence blossomed and has largely remained so right through until the present day.

The nature of classical music whether from the Renaissance or the present is that it is often perceived as inaccessible and therefore elitist. On the other side of this coin is the fact that many classical pieces can be listened to on many levels. You do not need a Ph.D. in Music to enjoy a piece of Schubert, Haydn or Elgar for instance. You may not appreciate the finer details of how unusual the harmonic structure is but then would you know the complexities of the production techniques used on the latest Stormzy single? Maybe you do, but the essence is that you do not need, to enjoy their music.

If we look at an economic argument for elitism, I do not think this stands up under scrutiny either. A ticket to go and see Muse in concert can cost £200, a front-row seat at the newly reformed Genesis concert is £400. Compare this to a night at the opera with ticket prices for the Royal Opera House, Covent Garden coming in at £200 for the best seats in the house. Alternatively, you can get a front-row seat at Ronnie Scott’s Jazz Club in London for as little as £30 to see some of the world’s most exclusive musicians, or a ‘promenade’ ticket to the Prom’s Concerts at the Albert Hall, London for £7.

What seems clear is that classical music is not on these financial examples alone, elitist. The complexities of any musical genre can exclude people at a certain level but that does not prohibit the pleasure that music can give. How you choose to listen and to what you choose to listen to is entirely up to the individual. It seems to be the title of elitist is unfounded. 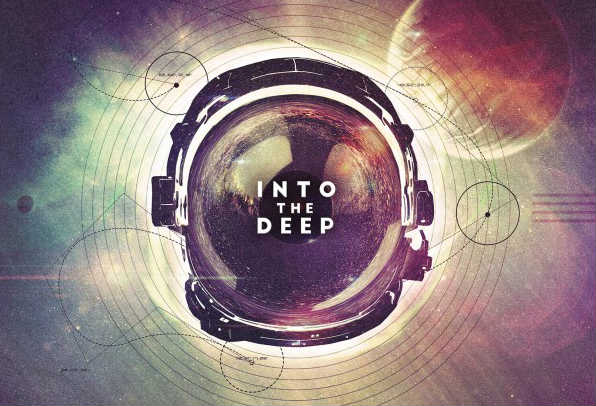 Galactic Channels Jazz Fusion Brilliance On Into The Deep

D Grant Smith - Aug 5, 2015
New Orleans based Galactic has knocked its new release Into The Deep out of the park. There are very rare times when a band...