During the fifth century BC, the Greeks determined that there was a proportion that recurred in geometry, nature and architecture, that embodied the quintessential concept of harmony. The Parthenon was built according to that principle.

Two centuries later, Euclid provided us with the first definition of that proportion, explaining to us how to calculate what is now commonly known as “the golden ratio”.

“A straight line is said to have been cut in extreme and mean ratio when, as the whole line is to the greater segment, so is the greater to the lesser.” The result is an irrational number that roughly corresponds to 1.618 and, expressed by a decimal fraction, the golden ratio amounts to 0.618. The formula can be written as x/(1-x)= (1-x)/1.

In the thirteenth century, Italian mathematician Leonardo Bonacci (also known as Fibonacci) posed and solved a problem regarding the growth of rabbit population, by illustrating a series of numbers where each number is the sum of the previous two numbers. Even though Fibonacci did not observe it in his calculations, the limit of the ratio of consecutive numbers in this sequence nears 1.618, namely the golden ratio.

Both the golden ratio and fibonacci sequences abound in art, nature and geometry. So what? you may ask now. If, by now, you’re wondering what all these numbers (I was really weak in mathematics) have to do with music, listen to the following five compositions, which allegedly contain references to the golden ratio and/or the Fibonacci sequence. In fact, there must have been a good reason for Antonin Dvorak to say “Mozart is sunshine.”

Mathematician John F. Putz tried to determine whether or not the golden section occurred in the first movement of Mozart’s Sonata no. 1 in C Major. Putz represented the two sections–the exposition and the recapitulation and development–by the number of measures in each. In the first movement of the Sonata No. 1 in C Major, for instance, the exposition and the recapitulation and development consist of 38 and 62 measures, respectively. “According to the golden section in the following sense” wrote Putz, “ A 100-measure movement could not be divided any closer (in natural numbers) to the golden section than 38 and 62.”. Even though it is far from being a definite proof that Mozart consciously relied on mathematical principles for all his compositions–the third movement deviates from the golden ratio– we know that, regardless, little Wolfgang loved numbers. During his school days, “he talked nothing but of figures,” at least according to his sister.

In 1978, Derek Haylock argued about the presence of the golden section in the first movement of Beethoven’s fifth. Claiming that the opening motto occurs exactly at the golden mean point of 0.618, namely in bar 372 of 601. What’s more, the coda is 129 bars long, and, if you divide it using the golden section, you get 49:80. After the first 49 bars of the coda, Beethoven actually introduces a completely new tune that has not appeared in the movement so far, a real first in the history of classical music composition.

The first movement of Bartok’s Music for Strings, Percussion and Celesta is 89 measures long, and the climax of the movement occurs at the end of bar 55, which, as a consequences, divides the piece into two Fibonacci numbers, i.e. 34+5, and the xylophone progression occurs at the intervals 1:2:3:5:8:5:3:2:1

What’s more, violin mutes begin to be removed in bar 34, and are then placed back on in bar 69. These observations are attributed to Ernö Lendvai, a Hungarian music scholar who, in the 1950s, investigated how mathematical formulas recurred in Bartok’s work, tracing their presence back to the composer’s love of natural phenomena— in his life he built a wide collection of plants, insects and minerals.

Erik Satie composed Trois sonneries de la Rose+Croix while he was composer and chapel master of the Ordre de la Rose-Croix Catholique, du Temple et du Graal. Even though the three sections are written with no bar line, which suggests a free metric structure, the whole composition displays an interplay of two juxtaposed themes, with occasional departure from the initial exposition. In a 1988 study, Alan Gillmor of Carleton University, Ottawa, observed that all three movements have ratios of beat counts of the complementary sections that near the Golden Ratio.

You would think that, with all his concerns for mood and color, Debussy could not care less for mathematics. However, he appears to have structured his works around mathematical models even while employing the sonata form: some of his pieces can be divided into sections reflecting the golden ratio and/or the Fibonacci sequence. Let’s take, for example, the 55-bar long introduction to Dialogue du vent et la mer. It can be broken down into 5 sections of 21, 8, 8, 5, and 13 bars in length, and the golden mean point of bar 34 is marked by the introduction of the trombones.

Do you know of other examples of the golden ratio in music? 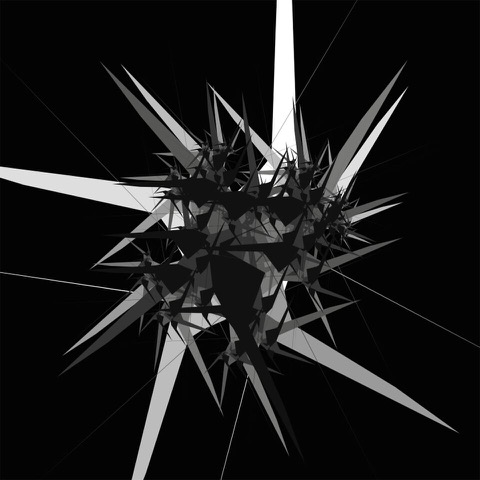 Jordan Smith - Jul 26, 2016
Defining Deister’s musical style is no easy task, since his 22-track release embraces many influences: from classical to jazz, the lyrics of Radiohead’s Thom...

Applications open for international flute and clarinet competition in Romania