The aim of this article is to guide students of music, or enthusiasts, towards some key pieces from Western Classical Music that are of particular importance to building a deeper understanding and appreciation of music.

For the purpose of this group of works, I shall include pieces from only the Baroque, Classical and Romantic eras of music. Given the expanse of time under consideration, the collection of works below is not extensive, but an introduction from which you can explore further.

The complete set of 48 pieces contains a prelude and fugue in each of the twenty-four major and minor keys. These works are of immense importance as they capture the essence of Bach the composer and keyboard master alongside demonstrating important features of the period of music.

Some of the preludes were supposedly written before the well-tempered clavier had been conceived of accounting perhaps for the fact that some preludes connect more fully to their respective fugues than others. This in itself brings a wonderful variety to the two volumes of pieces that finally formed the preludes and fugues we know today.

The preludes themselves are structurally quite free and I would suggest presents a glimpse of Bach’s keyboard performance style; known as he was as a great improviser. By contrast, the fugues include two, three and four voice pieces that employ one of the most popular musical forms in the Baroque period. Each of the fugues in spite of being a tightly woven polyphonic structure demonstrates enormous variety and imagination.

Vivaldi is perhaps not as well known for his choral settings as his instrumental music; most notably perhaps, The Four Seasons. Like so many of Vivaldi’s works, this piece was probably composed for the young ladies of the Ospedale della Pieta in Venice.

The work was composed around 1715 and can be considered to be a middle period composition. This choral piece was in many ways prompted by the poor health of a fellow teacher and composer who worked at the Opedale; Gasperini. Vivaldi, was the obvious choice to continue the composer’s good work, giving Vivaldi more opportunity to compose music for the church.

This was the final symphony composed by Mozart and exemplifies the classical symphonic style. It is in four movements (Allegro vivace; Andante cantabile; Menuetto: Allegretto; Molto allegro). The symphony includes some of Mozart’s most memorable melodies and demonstrates a complete mastery of the symphonic form.

From the opening movement in sonata form through the sarabande of the second; a delightful Austrian minuet and trio and the dazzling polyphony of the fugato finale. Mozart’s final contribution to the Classical symphonic repertoire is a sublime from start to finish and a pillar of the Classical music world.

The importance of the string quartet to the period of Classical music cannot be overstated. As a musical form, it rose to a very high status and in many ways epitomises the Classical period of music. This quartet is a remarkable piece that is evident from the opening few bars.

Given that the piece is written in the key of C major Mozart immediately adopts an unusual stance preferring to begin with an inverted chord of Ab major; hence dissonance. The surprises continue with highly unexpected chromatic movement and chordal patterns that do not easily relate to the tonic key. Throughout the four-movement Mozart presents many un-classical harmonic and melodic features that make this work worthy of further study.

This is the last opera Mozart ever wrote and premiered in 1791 only two months before Mozart died. The libretto was provided by Emanuel Schikaneder who Mozart had met in Salzburg in early 1780. Die Zauberflöte is full Masonic influences both in narrative and key relationships that combine to make a remarkably complex opera.

Mozart’s orchestration is unfailingly inventive as he explores textural possibilities in a different way with each part of the opera. There is an apparent simplicity that belies the genius of the composition and shows Mozart to be at the panicle of his powers. Two key songs to listen for are the “Queen of the Night” and Papageno’s, “Bird catcher’s Song.”

The original text for this work is now lost but Haydn took his words from the Bible (Genesis and the Psalms) and Milton’s “Paradise Lost”. Perhaps with Handel’s Messiah in mind, Haydn structured his oratorio in three sections, the first two focusing on the days of creation itself as told through three archangels.

At the close of each of these sections, a burst of chorus and orchestra expresses the joy and exultation. The third section is the shorter of the three and presents us with the story of Adam and Eve that concludes with a splendid final chorus of rapture and joy. Throughout the work Haydn’s setting of the text is highly imaginative and beautifully descriptive; perhaps most typically in the recitative passages. Haydn’s depiction of chaos is also to be much admired in this work.

Like the Mozart String Quartets, Haydn’s impressive outpouring of work for this instrumental grouping is vitally important in the study of Classical music. These quartets are considered by many commentators to be amongst the very best examples of compositions for the medium.

What we hear throughout this group of quartets is a composer whose work fully embodies the traditions of the past whilst earnestly exploring and developing the new. The Op. 76 were composed for Count  Joseph Erdödy who claimed exclusive rights over the performance of the music for three years following completion in 1797.

Much of the writing in these quartets foreshadows the later work of Beethoven, especially in Haydn’s motivic development. We hear references to the peasant tunes alongside the melody that Haydn composed for the Emperor in quartet number 3. There is a rich set of wonders to discover in each of these remarkable works, almost unsurpassed even in Haydn’s later Op. 77 String Quartets.

The opening motif of this great symphonic work is perhaps amongst the best known in the Classical music world. What is often forgotten is the true compositional mastery that follows. Symphony number five was completed in 1808 after many self-imposed interruptions to complete other compositions including the Fourth Piano Concerto and the formidable “Appassionata Sonata” for Piano.

There are four movements to the work that looks back structurally to the earlier works of Mozart and Haydn, but what Beethoven does with them is entirely new. Beethoven uses every scrap of melodic material to generate his movements, expanding almost to breaking point, sonata-form in both first and last movements.

In the second movement (Andante con moto) Beethoven employs a double variation form for which Beethoven uses two themes. The Finale is triumphant and brilliant, ending after a long coda in the tonic major.

This three-movement concerto is one of the most magnificent ever written. The majesty and creativity Beethoven presents us with cannot fail to underline its musical and historical importance. Similar to his fourth concerto, Beethoven begins with the soloist from the start.

On this occasion, the piano is joined by the orchestra in firmly establishing the key of the movement with a tremendous, cadenza-like flurry. The opening theme is one of the most memorable of Beethoven’s and broadly forms the material for the rest of the movement. Beethoven’s development section in this movement is remarkable, exploring his material effortlessly through both the soloist and orchestra. We hear a second recapitulation of the opening that leads to a bleaker, extended coda that contains Beethoven’s fully notated cadenza. The final passages are nothing short of glorious.

The second movement in Bb major adopts a more serene and lyrical posture as delivered through two beautiful main themes. Beethoven does not simply conclude the second movement but following a brief hesitation dives headlong into the rondo finale. The finale takes us on a journey through bright, sobering and heroic keys to end with a brief timpani roll, a final flurry from the piano and fortissimo orchestral chords.

It is impossible to present important works to study without mentioning Bruckner’s Fourth Symphony. Written between 1874 and 1880, this is a work that stands a testament to the devotion of the composer to his Catholic faith and his great skill as a symphonist. The symphony is structured in four movements and has the enviable ability to evoke deep emotions.

Bruckner’s work owes much to the past masters like Bach, Palestrina and Beethoven, but in this work, we hear a composer who is assured, focused and clear in his intent. In the second movement, there are echoes of Wagner and a sense of darker wonder. A Scherzo follows as the third movement in a lighter, more rustic mood.

The concluding movement was the one that presented Bruckner with the most challenges as a composer, but like his enduring faith, the darkness is not allowed to linger and instead, Bruckner finishes with a celebratory major ending that is one of the most exhilarating in all symphonic music. 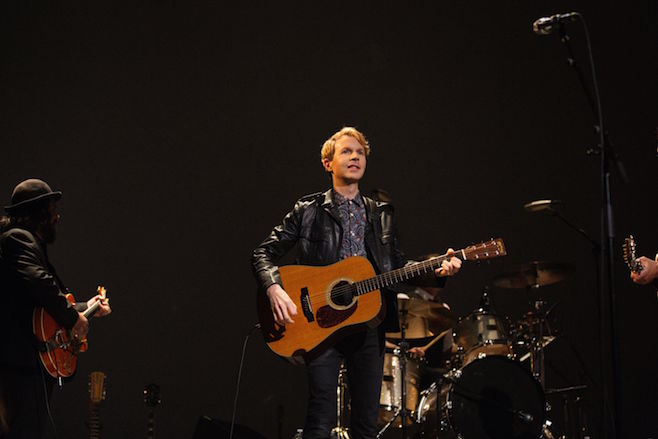 D Grant Smith - Oct 20, 2015
One of the more popular ways that emerging indie and unsigned artist use to grow their audience is by recording cover songs of more...