Some of the most emotionally charged music to come from any period of classical music includes the Requiem. Its origins date back many hundreds of years and towards the establishment of the Christian church in Europe and its practices. The setting of the sacred Latin Mass would have first been sung as ‘plainchant’ or Gregorian Chant in a single line of music. The setting would have followed a strict code of practice to ensure the sacred words were not obscured by the music. As music evolved the rise of polyphony allowed composers like Ockeghem to exploit the vocal forces at his disposal and set the pathway forward for all Requiems to come.

This Requiem Mass is perhaps the best known of all Latin Masses because of the conspiracy that surrounds its composition and also because of its outstanding beauty as a piece of music. The Requiem is thought to have been commissioned by Count Franz von Walsegg-Stuppach probably with a view to claiming the work as his own, for which the Count had a reputation. What the Count wanted to achieve was creating an impression on his wife that he was more talented than he actually was.

The Requiem was left unfinished by Mozart whose health had grown increasingly worse in the preceding months. There have been attempts to complete the Requiem but Mozart himself left only the ‘Introit’, the ‘Kyrie’, the ‘Sequence’, and the ‘Offertorium’ with the other remaining sections not composed.

As a late composition of Mozart’s, it contains many of his characteristic trademarks together with the assured voice of a masterful composer at his full creative strength.

If you are someone who enjoys the music of Berlioz, perhaps through the ‘Symphonie Fantastique’, then it may come as a surprise to earn that he also wrote what he titled, ‘Great Mass for the Dead’. The surprise comes as a result of Berlioz’s overtly agnostic stance that one could view as generating little interest for such a composer in a Requiem. What followed the publication and performance of Berlioz’s Requiem was a tirade of criticism from individuals who felt that Berlioz was simply using the form of a Requiem on which to hang his extravagant compositional ideas without religion playing a part at all.

On the other hand, some saw the Requiem as visionary. Rather than a piece that adhered to the conventional concepts of a Requiem Mass, Berlioz projected the form into the rationale of his time. It can be considered then to be a ‘Romantic’ take on the Requiem that has at its heart in the suffering of humanity, the search for meaning, and the hopeful possibility of redemption.

The Requiem is a daunting 85 minutes in length and comprises of ten movements. As you may expect from Berlioz, the orchestral writing is powerful if at times a little overpowering, but designed to evoke the darkness and the light inherent in man. It is both melodically and harmonically adventurous owing much to Cherubini’s Requiem Mass of 1816. The vocal writing is skillful and the six-part a capella chorus, ‘Quaerens me’ from the ‘Tuba Mirum’ quashes the idea that Berlioz relied too heavily on expansive orchestrations alone.

In total contrast to Berlioz, Bruckner was a devoutly religious man who composed for the glory of God. His music radiates his immense faith and amongst the nine symphonies, he composed he also wrote seven Masses and two complete Requiems. The Requiem Mass in D minor was composed by Bruckner in 1849 and it is scored for mixed choir, vocal soloists, and a selection of accompanying instruments including strings, three trombones, and organ of which he was a formidable player.

Bruckner’s Requiem has a performance time of around forty minutes and is divided into six familiar sections; Introit, Sequence, Offertorium, Sanctus, Benedictus, Agnus Dei, and Communion. The influences of Bach and Mozart are evident in this magnificent requiem but that does not detract from the musical significance or compositional craft with which this work was written. Bruckner is supposed to have commented in later life that he felt the Requiem be ‘not bad’, that is a testament to the composer’s unassuming modesty.

It would be impossible not to include this titanic composition in a list of Requiem Masses. Verdi composed the work for the anniversary of the death of the poet, playwright, novelist, and all-round Italian hero Alessandro Manzoni. The work is one of the most moving yet intimate pieces Verdi composed. From the delicate polyphony of the opening section, Verdi moves into the renowned ‘Dies Irae’ that puts the fear of God into the heart of any listener. In contrast, the fifth movement presents the tranquil side of Verdi in a child-like lullaby for soprano and mezzo-soprano. The last movement (‘Lux Aeterna’), travels towards the eternal in a peaceful resolution.

This Requiem might not feature in many people’s choices of masses but for me, it is one of the most important pieces of music to have been composed in the 20th Century. Britten was a lifelong pacifist. His War Requiem eloquently combines the traditional Latin text with poetry by Wilfred Owen. This in itself is a masterstroke if ingenuity but the way Britten uses the poetry to ‘comment’ on the traditional text of the mass is brilliant. Britten succeeded in making a very public statement about his pacifism in this Requiem highlighting as it does the futility and horrors of war.

The work was commissioned in 1940 amidst the terrible bombing devastation caused by the German Luftwaffe that resulted in the destruction of Coventry Cathedral. The re-built cathedral was the place the first performance of the War Requiem took place. Britten scores the War Requiem for large orchestral forces including 6 French Horns and a battery of percussion. There is a soprano soloist, baritone soloist, and tenor. Britten also includes a Boys Choir. Structurally, Britten composed the work in six sections with the final section (the ‘Libera me’), including the Wilfred Owen poem titled ‘Strange Meeting’ that offers one of the most haunting and memorable parts of the entire requiem. 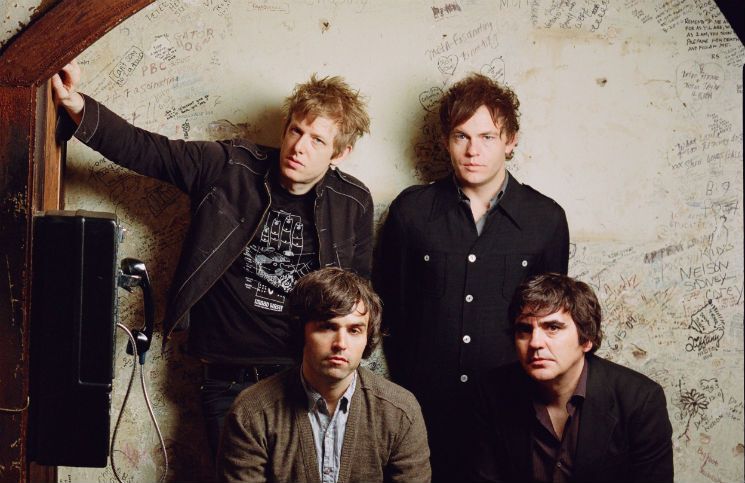