This is one of the most terrifying songs that Schubert ever wrote. It is based on the Goethe poem that tells of a boy, sick with fever, who is being rushed home by his desperately worried Father. They ride on horseback through a tempestuous night as the young boy becomes increasingly delusional. As the song progresses, the boy tells his Father he can see all manner of terrible things and is convinced that Earl King himself is riding beside them and is encouraging the boy to come away with him. His Father’s anxiety reaches its extreme as they near the house with his son trembling in his arms. Sadly, as the riders reach their home, the Father discovers his boy is dead.

The song is set for baritone and piano. What is remarkable about the song is how Schubert chose to set the words. The Father is pitched in the lower register of the baritone’s range, whereas the boy’s voice is captured in the upper range of the soloist’s voice. It is the piano accompaniment that drives the song forward with great intensity. Hammering triplets in the piano part sound like the speeding hooves of the horse, and the minor key underpins the impending disaster. It is an incredible setting of the poem that dramatically depicts the legend of the Danish ‘Elveskud’.

2. ‘Dance of the Sugar Plum Fairy’ from The Nutcracker by Tchaikovsky

This ballet, composed by the Russian Tchaikovsky, was completed in 1892 and is structured in two acts. Tchaikovsky loosely based the ballet on the story by ETA Hofmann’s ‘The Nutcracker and the Mouse King’. If ballet is the only aspect of this work that you are familiar with, you may be surprised to learn that the original story is far darker than the stage work. The parallel comes in the fact that the Nutcracker ballet was not initially a success; neither was Hoffmann’s story. It was the orchestral suite that Tchaikovsky arranged after the completion of the ballet that proved to be a greater success.

‘The Dance of The Sugar Plum Fairy’ is now considered to be one of the most popular dances in the ballet repertoire. The dance, a ‘pas de deux’, is as sweet as the title suggests and has been epitomized by Tchaikovsky’s superb choice of instrument that is featured in the dance; the celeste. This instrument is like a piano in appearance but is closer to a glockenspiel in sound and brings a light, magical feel to the fairy’s dance.

3. ‘The Fairy Queen’ by Henry Purcell

This opera by the English composer Henry Purcell was a tremendous triumph of its age. It marked a turning point in the evolution of opera in many ways but especially as the music is equal to the narrative. Unlike many operas of the time, Purcell’s opera unified the music and the dram into what would become the form for this genre for hundreds of years to come. The opera is composed of five acts and orientates around the fairy king and queen Oberon and Titania. Purcell adapted the Shakespeare play, ‘A Midsummer Night’s Dream’, for the stage and completed the score only three years before his untimely death. Its first performance was in the summer of 1692 in London.

This overture is one that had to be induced in a selection of fairy-tale inspired pieces. It also follows on neatly from the Henry Purcell opera as it takes for its inspiration that very same story. There are two separate pieces of the same name, but one was at the beginning of Mendelssohn’s short life, the other right at the very end. The first was an overture, the second incidental music for a play in 1842.

From the outset, the music is impish and full of buoyant mischief. Mendelssohn captures the spirit of the madness of a midsummer’s night through imaginative orchestration and compelling melodies. The characters of Oberon and Titania are beautifully translated into their musical counterparts by the composer who brings sparkle and magic to this popular tale.

Composed during the harrowing years of the Second World War, this Russian ballet is one of the composer’s most popular compositions. The work falls into three acts and tells the story that is already familiar to many with the two vicious and spiteful ugly step-sisters, and kind, gentle, repressed Cinderella. Each act follows the conventional fairy tale with the Prince and Cinderella eventually living happily together forever, with the step-sisters dutifully forgiven for their terrible treatment of Cinderella.

Prokofiev scores the ballet for a large and diverse orchestra that includes an impressive array of percussion instruments. Act Two contains one of the most famous Waltzes in musical history, which accompanies the Prince and Cinderella falling love at first sight. The orchestration is sublime and extremely powerful.

6. ‘Hansel and Gretel’ by Engelbert Humperdinck

In the 19th Century, German composer Humperdinck wrote this opera between 1891 and 1892. The fairy tale is taken from the story by the Brother’s Grimm and includes a selection of folk music for which it has received much praise over the years. The libretto was supplied by Humperdinck’s sister, who had written text for songs for her children based around the old fairy tale. Eventually, after revision, the entire opera was formed into the version we hear today. The opera falls into three acts, with act two’s most celebrated piece ‘Abendsegen’, amongst the highlights of the opera.

Humperdinck’s score is full of little musical treats and detailed in its orchestration. The joy, horror, and spirit of this well-known fairy tale are succinctly delivered in this delightful opera that today receives nowhere near the performance space it deserves.

One final addition to the list that I felt could not be overlooked. This tone-poem was completed towards the very end of the 20th century by this great Finnish composer. The work is entirely symphonic in intent and sound and takes for its inspiration the hero Lemminkäinen, who is prevalent in much Finnish mythology. There are four movements to the suite with the third, ‘The Swan of Tuonela’, often being thought of as the most popular. Like so much of Sibelius’s music, it is richly atmospheric, beautifully crafted, and expertly orchestrated. Each of the four stories is equally wonderful and worthy of time spent listening. 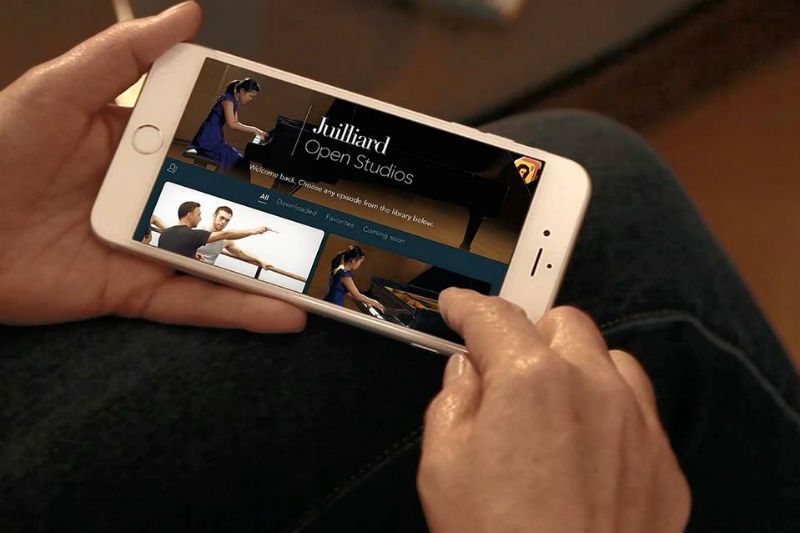 Jordan Smith - Jul 3, 2015
Do you have an ambition to study at the Juilliard School one day? Or maybe you’ve just always wondered what it looks like behind...