Henry Purcell (1659 – 1695) is often described as the greatest English musician. Purcell, who died at the tender age of 36, almost like Mozart, was a very well respected composer. Purcell produced his one and only opera titled Dido and Aeneas, which unsurprisingly acquired him the title of greatest English opera composer up until the arrival of Benjamin Britten almost three centuries later.

Purcell’s music helped to change an entire nation- it is a well-known fact that Purcell was England’s Queen Mary II favorite composer. As a leading composer of the Baroque Period, his composition styles and techniques helped to change the face of music composition in Britain. Purcell was a brilliant inventor of sound and his sense of drama is what made his music so easily acceptable to contemporaries.

His music covered a broad array of genres and fields including the stage, church, as well as the English court. He developed his own characteristic style within the Baroque movement that featured elements of musical ornamentation and it this uniqueness that also made him one of the most original composers in Europe. Centuries after his passing, Purcell’s name is still revered and it is easy to see why. Here are 10 interesting facts about composer Henry Purcell:

It appears that Purcell was always destined for a life in music because his whole entire family was made up of respected musicians. Purcell was born in an extremely privileged upbringing with his two brothers Edward and Daniel. His mother, Elizabeth and his father, Henry, were both very well connected to the royal court and were quite wealthy. Purcell’s interest in music is said to have begun at a very early age. By the time he was 9, he had already started composing with his earliest composition being in honor of King Charles’ birthday in 1670

Purcell is often credited with introducing opera to the British high society. Before Dido and Aeneas were publicly performed for the first time, the other only forerunner to its appearance was Venus and Adonis that had been created by John Blow years before. Opera was so unknown at that time that Purcell’s groundbreaking opera was performed for the first time ever by a girls’ boarding school that was mostly made up of a selection of amateur singers at best. Despite its humble beginnings, Purcell was able to do what no other composer at that time could; he turned his little opera created specifically for a girls’ boarding school into the greatest English opera and, unquestionably, the most popular opera today.

3. Writing for the queen

As his family was well connected at court, Purcell’s Uncle Thomas, who was also a gentleman of His Majesty’s chapel arranged for Purcell to take up a position as a chorister which is where he remained until maturity. Over those years, he had already interacted closely with royal family and as his career progressed, King William III of England took notice and quickly became a fan. As a result, he would often commission Purcell to create music for the Queen’s birthdays. In 1694, he composed his last ode to her titled ‘Come, Ye Sons of Art’ but she passed away at the end of the year, Purcell composed an anthem and two somber poems for her funeral.

In 1680, Purcell met and fell in love with Frances Peters and they got married. Their relationship was well supported but the couple faced difficulties trying to start a family; they had 6 children but 4 died in infancy. Fortunately, a son, known as Edward who later followed in his father’s footsteps and a daughter Frances, survived.

It is a well agreed upon fact that Purcell died too soon at the tender age of 36 and when his career was just starting to materialize. Although not much is known about what caused his death, it is said that he was at his home in Dean’s Yard Westminster after returning from the theater. He apparently caught a chill and passed away.

As stated earlier, the funeral of England’s Queen Mary II in March 1695 incorporated music and two poems that were composed in her honor by Henry Purcell. Purcell passed away just eight months after he completed the music for the funeral of Queen Mary and in a weird twist of fate; it was performed at his own funeral as well. Purcell was only 36 years old when he passed away.

7. He worked for several kings

Purcell landed his first impressive job title as an organist for the Westminster Abbey when he was only 20 years old. Purcell worked in and out of the Abbey for over twenty-five years and he managed to work for three different kings.

Aside from carrying out his royal duties, Purcell also spent a large portion of his time writing operas or musical dramas of that time and chamber music. He became increasingly involved with the concert scene in London which was only then starting to give public performances. Purcell and his band of composers joined efforts and started charging people more than double the amount to see their dramas publicly. Before long, the group had already invested in a music room somewhere in York.

During the 1960s, which was also the last leg of his life, Purcell created music for 42 plays in a very short time period. Most of the compositions created at this time were published two years after his death in 1697 b his widow. She compiled the pieces and titled them A Collection of Ayres, Compos’d for the Theatre, and upon Other Occasions.

Purcell was buried next to the organ in Westminster Abbey that he played for most of his life. Tourists can visit the site through guided tours of the Abbey. 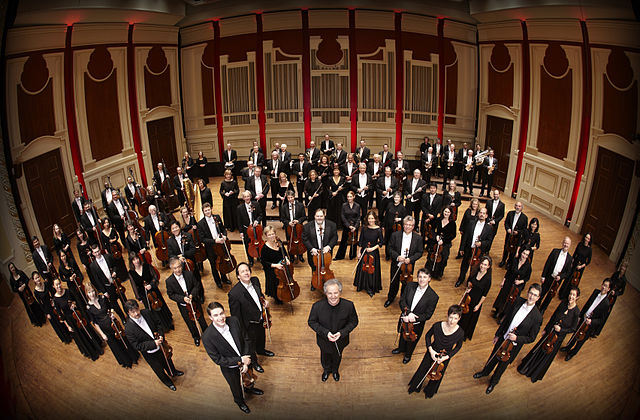 Jordan Smith - Nov 19, 2016
The current strike by 101 Pittsburgh Symphony musicians, launched at the end of September in opposition to demands by management for concessions, is now...