There are a great many instruments around the world. Many of these require techniques or even physical requirements for you to be able to learn them and perform on them.

For example, you need to be quite tall and with a good reach if you want to play the double bass. If the piccolo is your instrument then your fingers need to be slight and dexterous to use the close keywork on the instrument.

Lots of idiosyncrasies surround the sphere of musical performance and musical instruments and the guitar is no exception.

Why Do Guitarists Have Long Nails?

If you are a pianist or harpsichordist the instrument produces its tone by using a hammer to strike the string, or in the case of the harpsichord, a jack plucks the string resulting in that distinctive harpsichord sound.

Similarly, guitarists have a variety of options literally at their fingertips. This to a greater extent is determined by the type of guitar you are playing and the style of music you are performing.

Since the remarkable inventions of Les Paul in the late 1940s, the electric guitar has gone from strength to strength. It is now probably the most requested instrument for students at secondary schools to want to learn.

If you’re one of those people who has taken up the challenge of learning the electric guitar, then you will probably have already decided how you get the strings on the instrument to sound.

For some, including jazz guitarists, fingers are a preferred method to pluck the strings and some chose to grow the fingernails on that hand to better facilitate that action.

Other guitarists use what is known as a plectrum. This device is a small rounded-triangle-shaped piece of plastic or metal that the player holds between their thumb and first finger.

The plectrum plucks the various strings according to the player’s wishes and the sound emerges.

Plectrums come in a variety of shapes, materials and thicknesses. It isn’t as simple as just buying one plectrum, the choice is almost bewildering. 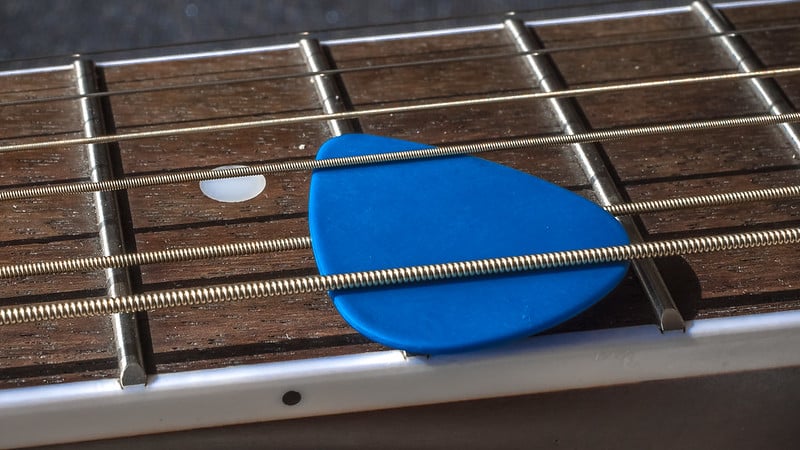 Depending on the thickness of the plectrum will create a firm attack to the note than say a thinner, more flexible plectrum that will bend more when it plucks the string. This makes the start of the note a more gentle one.

I believe it is less common for electric guitarists to grow their fingernails to the same lengths as those who play classical guitar. There are some physical differences between these instruments that probably ought to be clarified before delving further into this.

An electric guitar uses pick-ups with which to transfer the sound of the vibrating string to an amplifier. An acoustic guitar has its strings effectively placed over a wooden sound box that acts as a resonator and magnifies the sound of the string.

Some acoustic guitars also have pick-ups that can be activated if the player wishes their instrument to be played through an amplifier.

One additional difference is that acoustic and electric guitars use metal strings. A classical guitar uses a mixture of nylon and wound-metal strings.

I am not an expert on the guitar, classing myself at best as a strummer when it comes to playing the guitar, but what I do know from a composing point of view is that how that sound is produced on a classical guitar is very different.

By that I mean the material used for the strings on a classical instrument in combination with the method of plucking creates a totally unique sound. 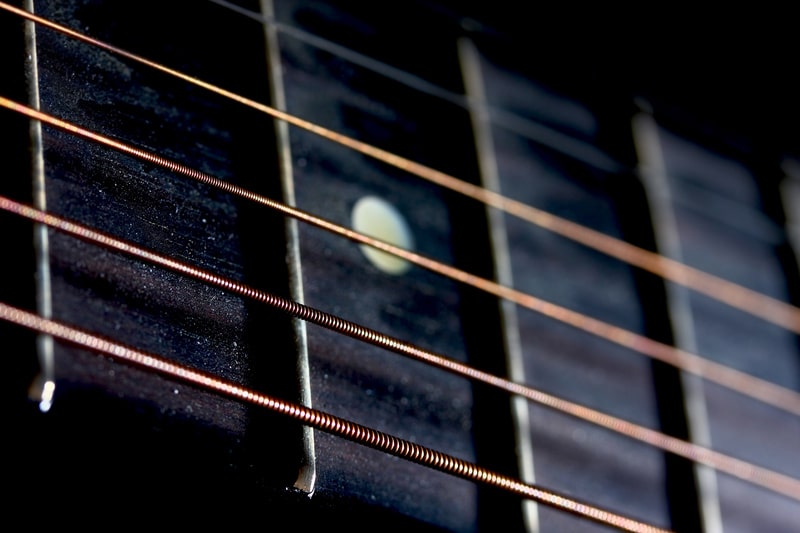 I have also been told by professional guitarists who play the classical guitar that the degree of control they have over the instrument comes through the use of fingers and fingernails.

If you have ever watched a classical guitarist closely, you might have noticed that their right hand (sometimes the left hand too if left-handed!)forms into a kind of claw shape.

This maximizes the accuracy of the finger position on the strings, governs the articulation and facilitates speed of delivery.

A crucial element of this is the fingernails. You might well imagine, as I did, that the fingernails of a guitarist would be broadly uniform, but this is not the case.

I have since discovered numerous websites that provide detailed written information and videos on that aspect of guitar playing.

What these sites include is precise details on what is the ideal length for your fingernails and thumbnail to be to produce the best tone. Lengths vary, and opinions differ, but the importance of this is no doubt.

You need to also consider the shape of the fingernails and thumbnails. Too long and it could become brittle and break. Too short and you will not strike the string in the same way and it could lead to inaccuracies in performances.

Not only is it a key part of playing the guitar but a determiner of just how well you are likely to succeed with the instrument.

Advice is also offered on many web pages about nail care. This involves almost every conceivable aspect of fingernails that you can think of from diet to what type of nail file to use.

As ludicrous as this may sound, the shape of a fingernail or a thumbnail can radically alter the sound of the instrument. The careful shaping of the fingernails is not to be lightly dismissed.

On the surface of it, the whole concept of fingernails and their use on a guitar can appear almost comical to the non-guitarist. It opens a world of apparent obsessive preoccupation that dictates the life of devoted classical guitarists.

What is clear is that the level of care taken over the preparation for playing the guitar is not to be underestimated.

Guitarists, especially classical ones, grow their fingernails for a very precise and specific reason that allows us all to enjoy the hours of work they put into their practice and performances.