Technological developments are throwing up exciting new possibilities in the area of digital musical instrument making, even if it remains unclear how long-lasting some of the designs will be.

The Augmented Instruments Laboratory at London’s Queen Mary University is leading the way in these developments. One of its inventions is Bela, an imbedded platform used for processing data which was funded through a Kickstarter campaign that managed to raise £50,000. Bela is capable of processing multiple data streams into sounds and is used in many of the experimental instruments being worked on by researchers at the lab. Some of these are so-called Hackable Instruments, because they seek to alter the initial intention of their designers.

One example of the lab’s work is the magnetic resonator piano. It uses electromagnetic technology to make possible an entirely new approach to the notes we hear from a traditional piano. Rather than the player only playing notes by striking the keys and thus causing hammers to strike each note, electromagnetic technology is used to move the strings inside the instrument and create new and unique sounds. It also allows the pianist to control the loudness and timbre of each note they play after they have touched the key.

A separate research project aims to use digital technology to make the process of learning the bagpipes, a notoriously difficult undertaking, a bit easier. The technology has been used to create a chanter that can be inserted into the instrument like a normal one would be. It allows instructors to record pieces which a student can then attempt to perform.

Inventors around the world are augmenting instruments in similar ways. Dan Overholt, based in Denmark, came up with the Overtone Fiddle, which he describes as an actuated instrument capable of producing a wider variety of tones. It seeks to strike a balance between retaining the element of skill developed through years of practicing a violin and taking advantage of new technological possibilities to alter the way in which notes are heard.

This balancing act points to a problem confronting some of the new designs: many of them prove incapable of catching on. The success in raising a relatively large amount of money for the production of Bela demonstrates that there is considerable interest out there when it comes to these new technological developments. The key will be which of these creations can go to the next step of generating enough enthusiasm from people willing to use them on a regular basis and integrate them into the process of artistic creativity. 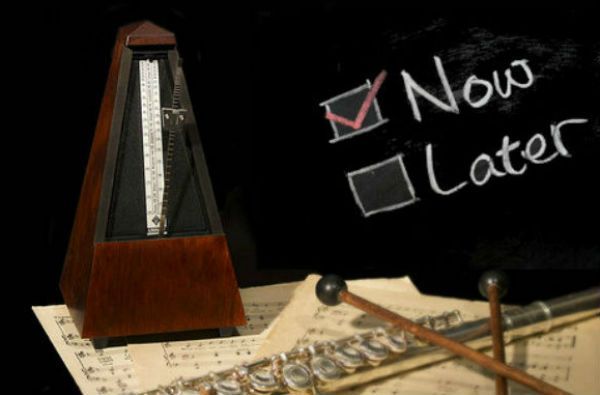 Seven Ways to Procrastinate Less and Do More

Angelica Frey - Jun 20, 2015
Stop making excuses, procrastinators. Whether you overestimate your “natural talent”, complaining about “not having enough time” or being “too old to succeed anyway,” there...