This question invites a series of other questions with which we can begin to explore the subject. Are the expectations today for a classical concert the same as they were a hundred or more years ago? Across Europe, are the conventions similar or wildly different? What do we think of as a classical concert in today’s world; orchestral, opera, chamber music, choral concert, or all of the above?

What To Wear To A Classical Concert

One of the first articles my research revealed included a similar question to the title of this article concerning etiquette at the Concert House in Vienna. This concert house has a formidable heritage and an equally impressive history of hosting the best performers from across the world. The Vienna Concert House does not publish a dress-code but even the briefest glance at the audience at such a concert will give a clear indication of what the expectations of the Viennese concert-goers are. Perhaps the best way to describe the style in which to dress is elegant. Often men will wear a dress suit or tuxedo complete with bow tie whilst the ladies their finest and most luxurious dresses.

Espie Estrella writes on ‘liveaboutdotcom’, in her article from January 2019 that wearing “something that’s in between; not too casual and yet not too formal”, is the best approach. This seems a perfectly reasonable approach to what can be perceived as a major dilemma for the new concert goer but does leave the understanding of what constitutes formal and casual up to the concert visitor. Her advice to not wear a hat is very wise however as this can not only prove to be an obstruction to other members of the audience but rarely catered for in cloakrooms adequately.

One of the world’s most popular series of classical concerts takes place each summer at The Royal Albert Hall in London. It is one of the longest continuous season of concerts in the world, if not the longest. The concerts, known affectionately as The Proms, were begun by Sir Henry Wood and ‘impresario’ Robert Newman, at the end of the 20th century. It was Newman who devised the idea of the concerts intending to educate a wider public to the wonders of classical music in an informal setting. This meant that tickets for the ‘promenades’ as they came to be known, were relatively cheap and the audience was allowed to smoke, drink, and eat. The informality of these early concerts has remained true of the Promenade concerts of today. If you arrive in your shorts and an AD/DC t-shirt, you will not be denied entry. Equally, if you wish to wear a ball gown, high-heeled shoes, and a diamond tiara, it would not be entirely out of place.

Pausing for a glance back into classical concert history, the picture is somewhat different from the gatherings you might find at a Prom concert today. Concert Music for example, in the 16th and 17th Centuries, was dominantly the province of nobility or The Church. If you were invited, allowed or a regular part of music at the court of a noble family then it would have been them who would have decided how everyone should be attired. The choice of clothing was not as abundant or as cheap as it can be today and the ‘classical concert would in all probability have been a formal affair with high standards of dress. On the other hand, if you were to be attending a program of music in a church then the etiquette there would have been formal, even somber with the utmost respect for performers and the music for the Glory of God.

In the 18th Century, the classical concert as we are familiar with these days took its form. Mozart was thought to have commented that an audience clapping politely for a musical gesture they enjoyed was an expectation alongside gentle chatter. These concerts would have broadly have been held in palaces and churches but also in the growing number of dedicated Concert Halls and opera houses as the money more commonly associated with nobility became available to merchants, traders, and entrepreneurs. In particular, the 18th Century saw an explosion in the popularity of Opera. These merchants and entrepreneurs often had a keen interest in the Arts and many beautiful buildings were designed and constructed for the pure purpose of music. From pictures and accounts of these occasions and venues, the dress-code would have been formal with people taking the opportunity to display wealth, taste, and fashion.

Opera continued to dominate the musical landscape of the 19th and 20th Centuries, alongside it came a whole series of different styles of clothing. These occasions were lavish and not intended for the ‘lower’ classes. Ladies fashion for concerts and operas varied tremendously during this period nearly always featuring the pinched, corseted waisted dresses that must have been uncomfortable to wear. Men’s flamboyant clothing styles from the previous century passed on in favor of the black dinner-suits we still have in fashion for men’s formal dress attire today. One can only speculate about what the Victorians for example, would think of the way we dress today and how we choose appropriate clothing for a concert.

In the 21st Century world, our attitudes towards people’s appearance have dramatically altered to include styles and fashions that no one could have dreamt of centuries ago. We have access to clothes from across the world that can be ordered at the click of a mouse or the touch of a button, to arrive directly to our doorsteps. Still, the formality of concert-dress has not entirely vanished.

Decisions about what to wear come down to where the concert is held, time of day, and what kind of venue you are attending. The conventions that surround how a performer should dress have also changed over the last half-century. In many concerts, the ‘formality’ has been replaced by a casual, relaxed, and inviting atmosphere to encourage everyone to come and listen rather than be discouraged by the stuffiness and snobbery that can be associated with classical music. Unless you dress in a manner that could be perceived as provocative or even aggressive, the chances are you’ll be welcome to any concert and enjoy a wonderful and memorable performance. 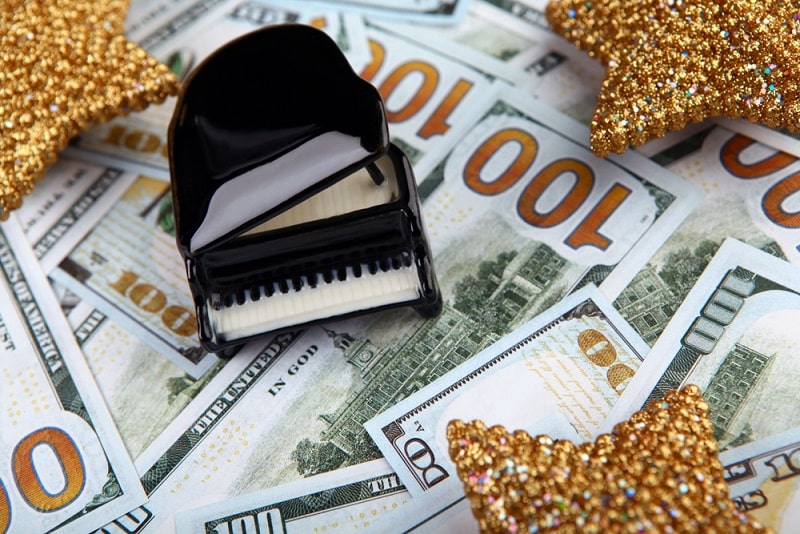 Dr Justin Wildridge - Jun 28, 2019
At a cursory glance, you could be forgiven for thinking that a piano is simply a wooden shiny box that has two or three...

6 Most Scary Pieces of Classical Music