Emerging in the middle of the 18th century, the symphony has been one of classical music’s most vibrant forms for over 300 years. With that in mind, it’s never going to be an easy job to pick ten of the best. There are easily more than 10 symphonies containing pieces of music that most people would be able to recognize, even if they’ve never heard the whole work. And there’s many more without memorable melodies that are no less brilliant. The BBC has provided its own list, along with a look at how the symphony has evolved.

This list includes some of those choices, with a few of our own favorites thrown in as well. What do you think? What other symphonies would you have liked to see included?

Mozart’s last symphony contains several stark contrasts and complexities, provoking a wide range of emotions. Some of the more outlandish speculations that Mozart knew this would be his last symphony is probably going too far, but it’s still great work.

The Finnish composer’s last symphony was composed in one movement, although it appears that earlier drafts planned it to be in three. It was praised at the time and since for Sibelius’ ability to make a composition in C major sound original, something which in his time was considered no longer possible. Here is the symphony conducted by Herbert von Karajan.

Beethoven originally planned to dedicate this work to Napoleon but changed his mind upon hearing that the French leader had declared himself Emperor in 1804. As well as the grand opening, Beethoven’s 3rd symphony also contains the funeral march. Here is the symphony being played by the Berlin Philharmonic.

This work was written and performed during the siege of Leningrad by the Nazis in World War II. As a result, it has often been referred to as the Leningrad symphony. The Royal Liverpool Philharmonic performs it here.

Dvorak’s symphony from the new world is arguably one of the most easily recognizable pieces of classical music. Conducted by Karajan and played by the Vienna Philharmonic.

The Bruckner’s last completed symphony is open to various interpretations due to the range of feelings it conveys. From its dark and unsettling opening to more light moments, it explores a broad range of emotions. It is performed in this recording by the Munich Philharmonic in Tokyo.

This symphony was written at a time of social and political upheaval in 1794-5and first performed in February 1795 in London. According to one account of the first performance, a chandelier fell from the roof as Haydn was entering the hall, but since the audience had pushed forward to catch a glimpse of the composer, it only damaged empty seats. The symphony, therefore, earned the description as the miracle, and Haydn reportedly expressed relief that he had helped to save audience members’ lives. Here is the symphony in B flat major.

Tchaikovsky considered his 5th symphony in E minor to have been a flawed work, but it has since become one of his favored symphonic compositions along with his 4th and 6th. Here, conducted by Leonard Bernstein, the Boston Symphony Orchestra performs it in E minor.

Reports of the first performance of this work in Vienna in 1912 suggest that the transition to the modern style of music by Mahler was not universally welcomed. But the 9th symphony has come to be seen as one of the composer’s best. It is played here by the Lucerne Festival Orchestra conducted by Claudio Abbado.

If its grandeur you’re looking for in a symphony, Schubert’s 9th is it. Here is the Vienna Philharmonic performing the symphony in C major. 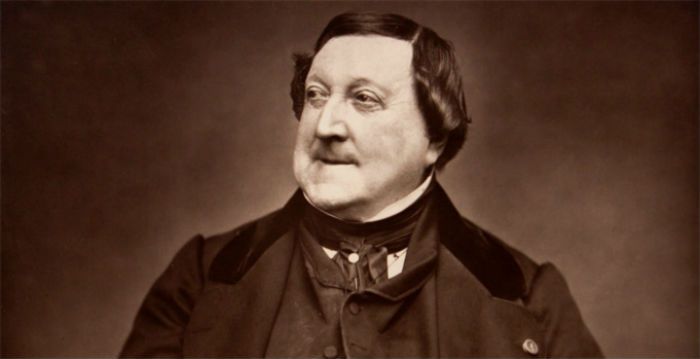 Angelica Frey - Mar 1, 2015
Gioachino Rossini was born in Pesaro, which was part of the Papal states, in 1792. His father Giuseppe was a semi-professional trumpeter member of...

Pentatonix won a Grammy for their version of The Dance of...