Guitarists and musicians dream of having Fender guitars. Fender offers plenty of iconic series for players to get their hands on. The durability of Fender guitars is known all around the world.

You can keep them with you for years without having to worry about the impact of aging on their tone and performance.

The Nashville series is one such highly popular series from Fender that allows you to have the perfection of a two-tone color scheme, a glossy design factor, and to top it all, the right perfection of the fender sound engine.

Telecaster, most commonly known as the Nashville Tele, and Stratocaster, known as Nashville, Strat are two such highly popular models that you can get from the Fender Nashville series.

A detailed discussion of the features of these two models can give you a solid idea of which guitar you need.

Comparing the Nashville Tele vs Strat

Telecasters have made their name in the market of musical instruments as one of the most reliable guitar models. 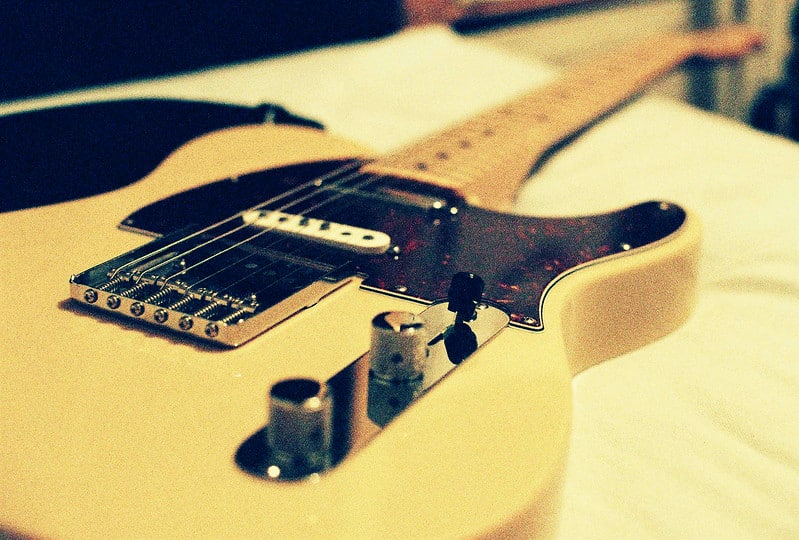 Tele is a single-cut guitar, for starters. The single-cut feature of the Tele makes players much more accessible to the bridge.

The easy-to-use posture of the guitar saves your hand from strain. You can easily play the guitar for long hours if you have to. You won’t feel fatigued at all.

Strat is the Stratocaster from Fender, and the Nashville theme on the guitar makes it truly eye-catching for most of the performances.

You can easily get this one in the two-tone color scheme of your choice to make it work for all the needs you might be having for any video recordings. With all that in perspective, there is hardly something to be missing on the Nashville Strat, and that will allow you to enjoy the confidence of performing well.

The Strat has a twin-cut design that makes it more convenient for you to be playing any of those aggressive genres on it without having to worry about a single thing at all. 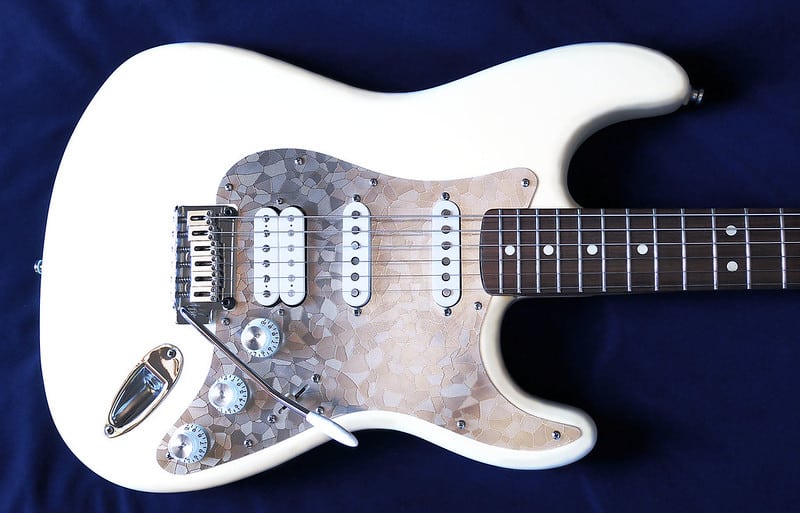 Differences Between A Tele And A Strat

There are several factors that make Nashville Tele and Start quite different from each other. Let’s look into these factors one by one.

The headstock of the Stratocaster is larger than the Telecaster. The design of Strat’s neck was made so as to visually differentiate it from the Tele. Besides, the addition of extra wood is helpful in improving the sustain of the guitar.

The 60s and 70s models of Strat featured giant headstocks and, therefore, had a pretty great sustain. Except for the headstock, there is a striking similarity between the maple necks of a large number of Strats and Teles. 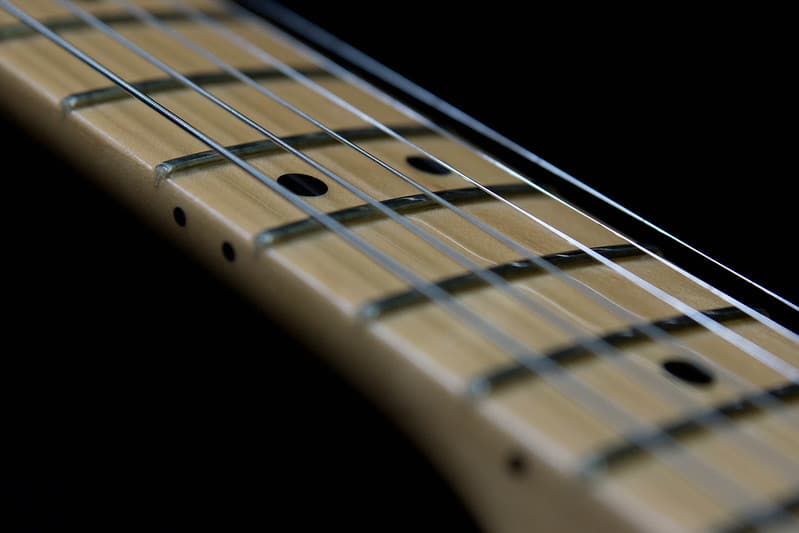 There is a clear distinction in the shape and thickness of the bodies of both Nashville Strat and Tele. The use of alder in the construction of the body of either of these guitars brings more balance and resonance to the tone.

Other times, ash is also used in some of the models, which offers a sharper attack for the high frequencies.

The electronics of both Nashville Strat and Tele are different from each other. The original Fender Esquire is a single pick guitar where Tele design made the addition of a second pickup. The tonal variation in the Strat is even more because it added a third pickup. 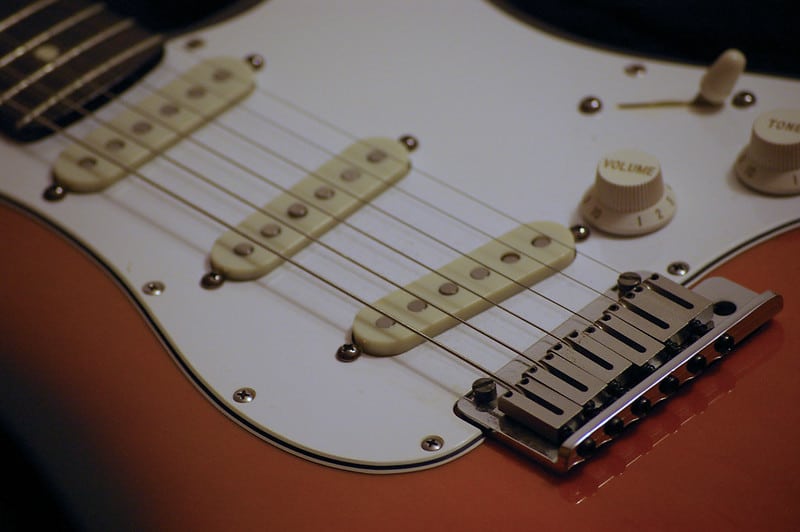 Tele features a pickup selector switch which enables you to get the sound of each of the two pickups individually or all together.

The perfect combination of bridge and neck pickups together by Tele results in one out-of-phase sound.

With Strat, two combinations are possible. Either the middle and neck pickup is to be combined, or bridge and middle pickups are in the combination. You get two out-of-phase sounds with either of these combinations.

A master volume control is common in both of these models. There are tone controls in Strat, whereas Tele features one tone control. It proves that the tonal combinations offered by Strat are more than Tele.

Tele and Strat differ from each other in the hardware department only in string saddle design and bridge.

The bridge saddles in the Tele guitars are three in number. If there are individual saddles, they are six. There is a large variety of materials that Saddles come in. However, the most common materials are steel and brass. 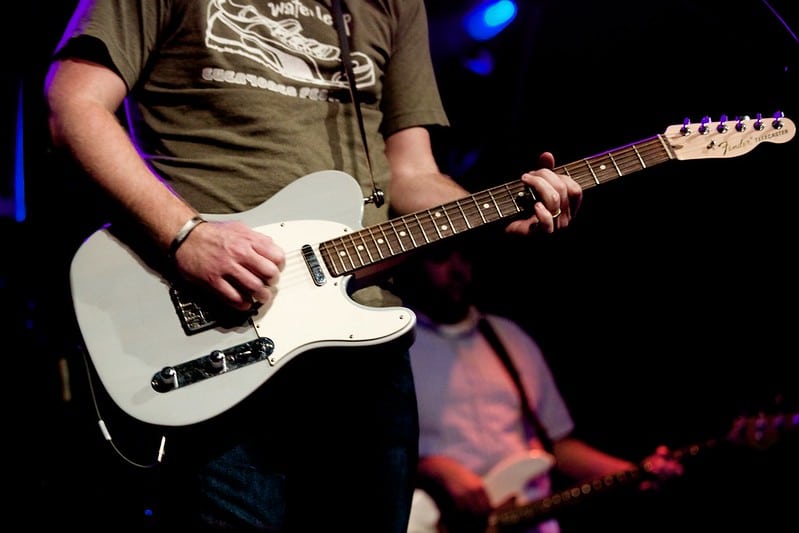 Unlike the Telecaster, the vibrato bridge of a Stratocaster doesn’t have a permanent attachment to the body of the guitar. At the back of the body, there is a tremolo cavity where the bridge is attached to a number of springs. A whammy bar moves it up and down.

There are two methods of attaching the bridge to the body. One is using the six screws. The other way includes the two-point fulcrum design. No matter which method you up, there will be more added to the overall tone of Nashville Strat.

When compared with the Tele, the role of the bridge in Strat is more important in the determination of the overall tone of the guitar. 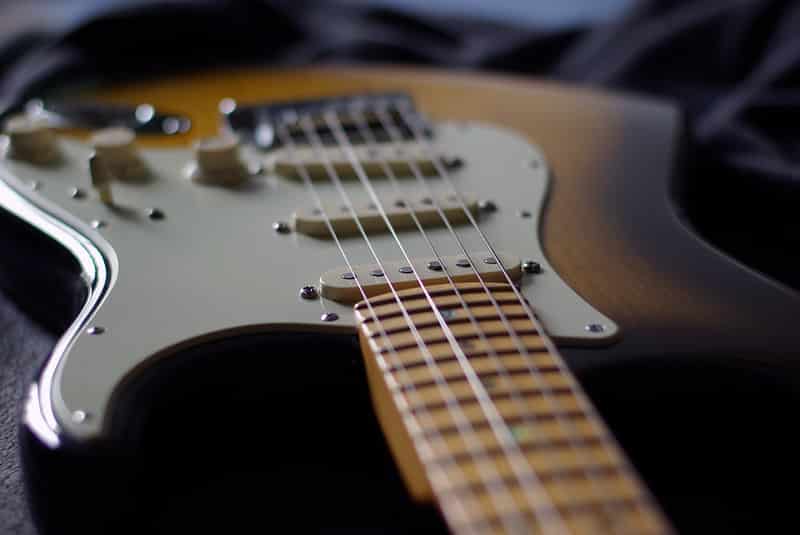 The best use of Nashville Tele lies in playing soft and easy genres. The comfort it offers for playability is immense. Players who frequently change the genres while playing should opt for Nashville Strat, thanks to its floating bridge.