On any instrument or with any type of voice there are indications in written music that dictate how a note should be started. These are markings in any given piece that tell the instrumentalist or vocalist what the composer expects in terms of emphasis. Other markings in music include dynamics (volume); tempo (speed), to highlight two of the most common.

The start to a note you may feel cannot be significantly different from one to another. If you are a percussionist you usually hit the instrument to produce the tone; for brass and wind players blowing starts a note and for strings drawing the bow across the strings results in a note.

Over the centuries, composers have increasingly become fixated with the precision with which they notate their music. If you take a cursory glance at a score of JS Bach you will notice there are some indications of dynamics, phrasing, and articulation (how you start a note), but most of the decisions Bach left to conventions that were well recognized by the musicians of the day.

Jumping forward in time to 20th and 21st centuries, composers left fewer and fewer choices to the player. By contrast to a JS Bach score explore how Brian Ferneyhough (1943) notates his music and you will quickly discover the intricacies he includes in every score.

This all leads to the commonly confused articulations called ‘marcato’ and ‘accent’. The usual indication for a note to be played ‘marcato’ is with an up-turned arrowhead written above or below the note.

Whereas the humble accent is shown by an arrow-head pointing to the right, placed above or below the note.

The conundrum arises in part because composers have not used these two separate and distinct articulations consistently to mean the same thing. What you can often find in music from different periods, for example, is the ‘marcato’ being used to indicate an accent and sometimes an accent to indicate a ‘marcato’. There can also be a discrepancy when considering different genres of music as well. How a jazz musician plays an accent may well be quite different from how a classical musician may deliver the articulation.

Having been an active musician for several very happy decades, I take a little pride in believing that I know the difference between each of these markings and how I would play them. Fortunately, having spent time researching this intriguing issue, it appears most musicians would agree with my approach. What would I play and how would I interpret these articulations?

If we look at the ‘marcato’ first, this I would as a clarinetist, play with a sharp delivery of the tongue followed by a shortening of the note. To allow for a small but noticeable gap to be heard between the notes. By and large, if I were playing jazz, I would approach the note the same way but perhaps tongue a little harder. The accent I would also play with a degree of force and plenty of diaphragmatic support, but less emphasis on keeping the note particularly short, instead just enabling the accented note to stand out in the texture of the piece. If I were playing the notes on a piano, my thinking would be the same although the technique required to play these articulations is different.

One additional factor to consider is the dynamics that the composers use in conjunction with the markings. The ‘marcato’ and accented notes can both frequently be used with louder dynamic markings in passages where the composer intends emphasis to be applied to notes for example, for a rhythmic effect with the dynamic underlining the rhythm.

What can bring an extra layer of dilemma into this inquiry is that sometimes these two articulation markings are used by composers in combination with other articulations. Here is where I believe you have to have taken the time and trouble to research the piece and the composer to stand a fighting chance to perform the music the ‘right’ way. What do you play for example, if you see an accent with a ‘staccato’ marking? Supposing the composer has written an accent with a ‘tenuto’ marking or a ‘marcato’ with a ‘staccatissimo’? The is a subtlety that sometimes creeps into compositions that causes all manner of consternation.

Whilst it is understandable in these circumstances, that the composer is trying to be precise, it presents an ambiguity that can be challenging to resolve. Players, especially those with more experience, are well versed in dealing with these additions but the precision intended is not always possible to deliver.

From the point of view of a composer, I have used both ‘marcato’ and ‘accent’ markings in countless pieces. To me, the sound I want is quite clear and I endeavor to indicate that in the best way I can by using the closest articulation available. If I feel there is any doubt or possibility of confusion, I have added a legend to my score or written instructions in that passage of the score to guide the player. In the simplest terms, when I want a player to play a note with strong emphasis, then I will use an accent.

If I want the delivery to be strong but cut short, slightly sharper in its performance, then I will use the ‘marcato’ mark. The other aspect of notation I will always carefully consider is which instrument is to play the notes and the context of the music. By the context I mean its nature; melancholy, spritely, mysterious for instance. As mentioned above different instrumental groups will play these articulations in different ways. A violinist may not approach the ‘marcato’ for example, in the same way as a trumpet player. Also, if you apply the articulation to a larger group of musicians then this too is a consideration in the choice of articulation.

There is a clear distinction between the accent and ‘marcato’ playing that is important to recognize as a listener, performer, and composer. Both have a valuable place in all types of music and offer textural nuance that is vital to the enjoyment of music. 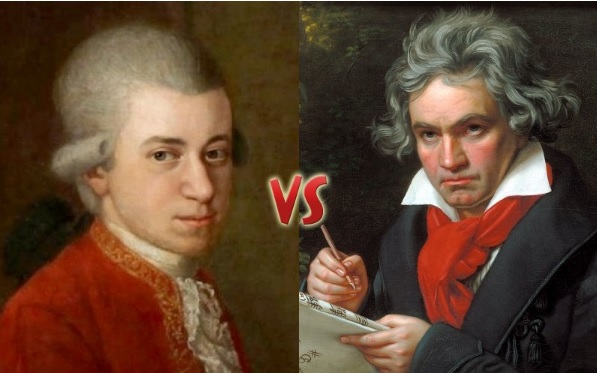 CMUSE - Mar 26, 2017
Updated: It goes without saying that not only does music take innumerable forms, but life without music is also dull and meaningless. When you’re feeling...