At first glance, this might seem like quite an odd title for an article, but actually self-playing pianos, to coin another phrase, are not such an unusual or outlandish idea. Imagine being able to choose a piece of music that you really love, sit at a piano and the instrument simply delivers a performance to you. Even if you are a confident, experienced pianist, the possibility is quite appealing.

Musical instruments that play themselves dates back over a century. There have been musical boxes, automated mechanical church bells and even the fairground barrel organ. These instruments have proved to be extremely popular since the early 1900s in spite of the invention of the phonograph; or gramophone. The ‘Pianola’ or ‘Player Piano’  can be traced back to the very start of the mid 19th Century and became a hugely popular mechanical musical device.

As early as 1849, manufacturers Brandish and Hunt had developed a paper roll that was used to play the music in the piano. The paper roll was ‘read’ by ‘sprung fingers’ that then caused the keys of the piano to operate. In 1876  in Philadelphia, USA, there was an exhibition that displayed three different devices the combination of which would eventually be employed in the Player Piano. The key was the pneumatic motor and valve mechanism that in combination allowed the mechanism to play the music on the paper roll.

With the first complete Pianola finished in 1895 by Edwin Votey only three years later he joined the Aeolian Company who put the instrument on sale across the U.S. The Aeolian Company were shrewd business people and managed to ensure that other companies could not use the Pianola brand name ensuring their leadership in the market. Not only the brand name was crucial to commercial success but the quality of the product. This became a reliable and credible mechanical piano that attracted considerable interest. One of the interesting competitors was a German manufacturer called Tonkunst (or tone/musical art).

From their name cam the less than welcome association with ‘honky-tonk’ pianos which as we are aware are often out of tune, poorly made pianos. Other more reputable manufacturers turned their attention to the Player-Piano. In 1914 Steinway & Sons produced their own Pianola Piano with a full 88 note keyboard, a mahogany casing and the impressive price of $1250.

The mechanism of the Pianola was one based on ‘suction power’ that was brought about by the pianist’s feet that operated two paddles places at the bottom of the pianola. With careful attention to pressure, the competent pianola player could accent a particular note or chord and bring their own interpretation of the music. Music rolls then became the method by which the Pianola ‘played’ the music.

These rolls consisted of thousands of tiny perforations that were made by a roll technician from the original sheet music. No effort was made to include dynamics or subtle changes of tempo, instead, these were left to the pianola operator to bring to the performance. The ‘Reproducing Piano’ from around 1904 made by the manufacturers, Michael Welte & Sons, created a player piano that could perform the piece with a more human element including rubato, dynamics and pedalling.

As the popularity spread of the player piano and Pianola, the repertoire expanded to keep pace with demand. Classical pieces from Chopin Nocturnes to Beethoven Symphonies and contemporary Jazz. The repertoire began to stretch further as composers of the time began to take an interest in the ‘self-playing’ piano. Renowned composers like Milhaud, Hindemith and even Igor Stravinsky each composed especially for the mechanical player-piano.

Perhaps at the top of the composer list is the American composer Conlon Nancarrow. After his move to Mexico City in 1940, Nancarrow devoted most of his life to working on pieces for the player-piano. Nancarrow spent his creative life in chosen isolation. He was a devotee of Jazz and the works of Stravinsky whose use of complex rhythmic patterns appealed to him.

The piano-player pieces are littered with densely complex rhythms that even the most gifted pianist would struggle to play. This in part is why Nancarrow worked with the player-piano instead. The speed of many of Nancarrow’s compositions is also way beyond human capabilities. To hear some of this extraordinary work follow this link to Study No.36.

Today, the concept of the player-piano has not passed into antiquity. Firms like Edelweiss Pianos have invented a 21st Century version of the old pianola. Edelweiss began by making bespoke pianos of extremely high quality but discovered that many of their clients did not actually play the piano but instead enjoyed the look of the instrument as a piece of furniture. Then came the development of their self-playing pianos that were the result of the founder’s knowledge of physics as well as piano manufacturing.

The method by which the piano performs gives it the possibility of around one thousand different subtleties of performing nuance. The result of solenoid technology has produced a piano that delivers an astonishing performance.

Another leading manufacturer of self-playing pianos is Yamaha. Yamaha has a worldwide reputation for making instruments of professional quality from pianos to saxophones and guitars. They also make what they call the ‘Disklavier’. These self-playing pianos are available in a broad range of models. Essentially, they are all based on the acoustic range that Yamaha produces but can also come with the self-playing technology. The Disklavier represents not only a world-class acoustic piano but also one that can record and play back your own performance. They have a vast range of music that the piano can perform itself with every performance detail that you would expect from a professional pianist.

According to the Yamaha promotional material, the Disklavier can even stream music from the internet too making the playback options virtually limitless and a very long way from the Aeolian Pianolas of the 19th Century. It is fascinating to wonder what the next step in the evolution of the player-piano might be?’ 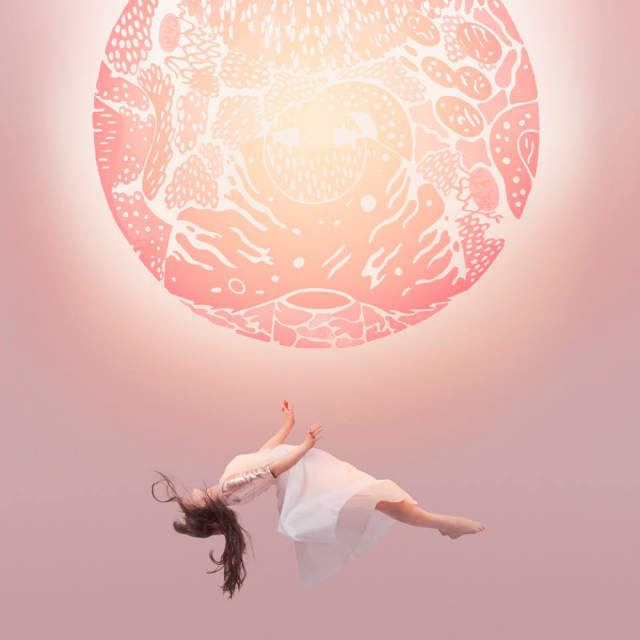 D Grant Smith - Sep 1, 2015
I'll admit that this is a little bit like cheating for me, considering this past week's episode of The Appetizer Radio Show covered 16...