Whenever you are thinking about or indeed have committed to tackling a piece by Franz Liszt you should be fully aware of Liszt’s phenomenal capacity as a pianist. His performances were reportedly highly theatrical and the nature of his compositions made this display guaranteed. I have often felt that many of Liszt’s compositions were written purely to present an opportunity for the great man to dazzle audiences with his technical prowess rather than as compositions of particular merit.

Over the years of working on Liszt’s substantial catalog of piano music, my somewhat harsh judgment has been tempered towards the fact that Liszt was not only a virtuoso pianist but a composer who crafted his music with equal skill. It also means that an approach to learning the ‘Liebestraum’ numbers one, two, or three can not be considered complete if we are only concerned with technical display rather than getting behind the notes and developing a performance worthy of the composer.

Before we delve into the demands of this composition, let’s take a short look at the story behind the work. As you will have already worked out from the title, this is one of three pieces with the same title: ‘Liebestraum’ or ‘Dreams of Love’. Liszt conceived the three compositions after the poems of Ludwig Uhland and Ferdinand Freiligrath with two different versions appearing in print in 1850. One was for high voice and piano, the other for piano. Each of the poems considers three different types of love; the exalted, the blessed, and for this Liebestraum, unconditional, mature love.

The third Liebestraum falls broadly into three sections. The key is a sumptuous A flat major. A single melody sounds throughout each section like the unchanging love it depicts. Between each section of the ‘Liebestraum’ Liszt places a cadenza that not only acts as an opportunity for dramatic, virtuosic display but enables Liszt to allow the original material to organically evolve. This third piece of the set has become synonymous with Romantic ideals and whether or not you buy into the whole Liszt fan club, it is a stunning testament to the composer’s pianistic facility and compositional skill.

One of the initial challenges you face when starting to learn the ‘Liebestraum’, is that the melody is played with the thumbs in the ‘tenor’ region of the piano with the arpeggio accompaniment flowing above. This in itself is not overly difficult but what is a consideration is the balance between the hands and the phrasing of the melody that needs to sing without effort ‘under’ the accompaniment. Some slightly awkward left-hand stretches come into this initial section but these can be overcome with a relaxed hand and a little arpeggiation. Keeping a careful ear on the subtle harmonic changes is very important here as well as dynamic control.

Following the short cadenza, Liszt changes the key to B major and places the now familiar melody in the fourth and fifth fingers of the right hand. The tempo of the music moves on slightly but notes again Liszt’s direction for ‘expression’ in the score. Keeping a controlled balance between the hands in this section can be difficult as the range of notes is wide. After only eleven bars Liszt’s love of expressive modulation gets the better of him and the music shifts seamlessly to C major.

The accompanying figure Liszt adopts at this stage of the music is based on the arpeggio again but spread over a large range of the piano as the melody gains in strength appearing in octaves. This section for many pianists is the most challenging. The reason is clear as Liszt asks that the soloist plays the melody in octaves (now in E major), whilst adding the quaver accompanying figure well below this melody making the jump quite tricky to manage initially. The same is true of the left-hand figure that requires great technical control and fluency.

Within a few bars, Liszt moves the music back to the tonic key for a passionate move into the second and final cadenza. Here the figuration is more easily achieved, but again careful thinking through the best fingering for you is essential to avoid smudging the passage with the sustain pedal in favor of showing technical control. The melody returns for a final chance to sound before the conclusion. Liszt again alters the accompaniment that includes a delicate, subtle use of cross-hands that brings a bell-like quality to the music. The codetta as it stands is a modest conclusion to the music that brings a gentle sense of reverence to finish the piece.

When compared to other pieces by Liszt, the ‘Lieberstraum’ is not one of the more difficult. It is certainly not for the unseasoned pianist, nor for the pianist who is more interested in the show rather than substance. There are many layers to this piece that requires careful preparation, research, and a degree of intuition to build into a performance.

The technical challenges are present but can, with methodical, steady practice, fall under the fingers with grace and elegance. If you place ‘The Liebestraum No.3’ against ‘La Campanella’, the 2nd ‘Hungarian Rhapsody’, or the ‘Transcendental Etudes’, it is relatively easy to see that the ‘Liebestraum’ is not amongst Liszt’s more technically demanding works. What it is, is a piano solo that requires more than able fingers to convey its deeper lyricism and meaning. 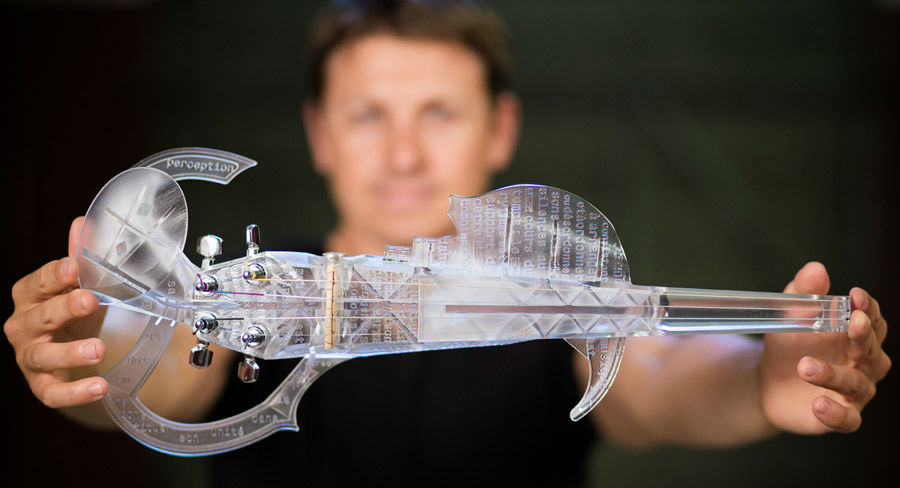 Jordan Smith - Mar 18, 2016
Antonio Stradivari’s violins have been among the most sought after stringed instruments for over 300 years. But now there’s some new competition from an...

Eastman vs Martin Guitar: Which Brand Should You Buy From?