Classical Music With A Good Story Behind Them

1. ‘Quartet for the End of Time’ by Olivier Messiaen

I am going, to begin with, what has to be one of the saddest and most troubling stories behind a well-known piece of classical music. This story is about a piece of music the French composer Olivier Messiaen called ‘Quartet for The End of Time’. The piece, scored for piano, clarinet, violin, and cello, was composed under extremely difficult circumstances.

France joined the fight in the Second World War and Olivier Messiaen like so many thousands of other men joined too. He was captured by enemy forces in the summer of 1940 and sent to a prisoner-of-war camp called Stalag VIII-A in Poland. It is almost impossible for us to imagine the terrors he faced but whilst in this camp, Messiaen was fortunate enough to encounter three professional musicians who had also been imprisoned. These were the clarinetist Henri Akpka, the violinist Jean le Boulaire, and the cellist Étienne Pasquier. Messiaen was a formidable pianist and scored this part with himself in mind.

From a modest trio that he initially composed, Messiaen developed the fully formed quartet that was premiered in the Stalag in January of 1941 on instruments that were apparently in a terrible state of repair. The musicians played to an audience of some 400 interns who according to the composer himself listened with great intensity and appreciation.

The Quartet for The End of Time drew inspiration from the ‘Book Of Revelation’ and is in eight titled sections each reflecting a certain area of the sacred text. It is a profound and insightful work that like so many of Messiaen’s compositions illuminates even the darkest corners of the mind and highlights his absolute faith in God.

Often when we visualize the lives of the great classical composers we somehow imagine a life of devotion to the creative arts, above the cares of average human beings. JS Bach was certainly a devout Lutheran and gave most of his life to the composition of music for sacred purposes and ultimately the glory of God. One controversy that still rattles through the classical music world is that of Bach’s ‘St. John’s Passion’.

Bach completed the oratorio in the early part of 1724 with its initial performance in April of that year. The text details the Passion of The Christ’ as written in the gospels of John. Here lies the problem as Bach has posthumously been the subject of accusations relating to anti-Semitism. This relates not only to Bach’s setting of the text but the tone of the text Bach chose to use. The criticism is that Bach with his Lutheran beliefs may not have been entirely sympathetic to the plight of the Jewish people and so cast them in an unfavorable light in his oratorio.

Contrary to this accusation is the fact that Bach was highly unlikely to ever have had much direct contact with Jewish people and that interestingly Bach appears, according to Michael Marissen, to place Jesus’s death at the Christian’s door not with the Jews at all. He also notes that how Bach uses the thematic material and depicts The Jews is also transformed and assigned to other voices in the oratorio casting doubt as to whether Bach was deliberately making anti-Semitic statements in his music. The controversy doubtless has a way to travel yet, but it appears that the majority of musicologists still consider Bach to not be guilty of this most unfortunate crime.

As the story goes, Stravinsky was not a composer who would spend more time on a commission than necessary. With the score of the ‘Rite of Spring’, Stravinsky was supposed to have papered his walls with the blank manuscript, begun at one end, and finished precisely when the manuscript ran out at the other end. To listen to the music, it does not sound as if Stravinsky forced a conclusion to the work, but it does present quite an interesting compositional idea.

‘The Rite of Spring’ is one of the most talked-about pieces of 20th Century music largely because of the alleged riot that took place at its premiere in Théâtre des Champs Élysées on May 29, 1913. Many accounts of that evening exist, some stating that it was a full-scale riot with fighting, and even reportedly severe injuries to many members of the audience. Other commentators claim that it was not in any way a dramatic with some booing and a few audience members walking out.

The problem was that Stravinsky had founded his reputation on works like ‘Peroutka’ and ‘The Firebird’, both ballets but both with accessible music. When Stravinsky presented ‘The Rite’ his orchestral score was radically different, highly dissonant, violent, and texturally and rhythmically very complex. That twinned with the subject matter that ends with a young girl dancing herself to death was too much for the Parisian audience.

As you may well imagine the title alone of this violin sonata in G minor, is enough to provoke controversy, outrage, and rumor. The story behind this work is that Tartini had had a dream in which he met the Devil himself. The Devil has a firmly established reputation for being a virtuosic violinist and in Tartini’s dream, the Devil suitably impressed the composer with his skills. When Tartini awoke, he quickly wrote down what he remembered of the Devil’s performance so creating the Violin Sonata with this nick-name.

The Sonata is full of incredible technical challenges including quick double-stopping, rapid movement from high to low registers of the instrument alongside scalic runs, and devilish trills. Whether or not the Devil did inspire Tartini to compose the Sonata we will never know but the virtuosity required to give a credible performance is without a doubt and in many ways a testament to the skill of Tartini as both composer and violinist. 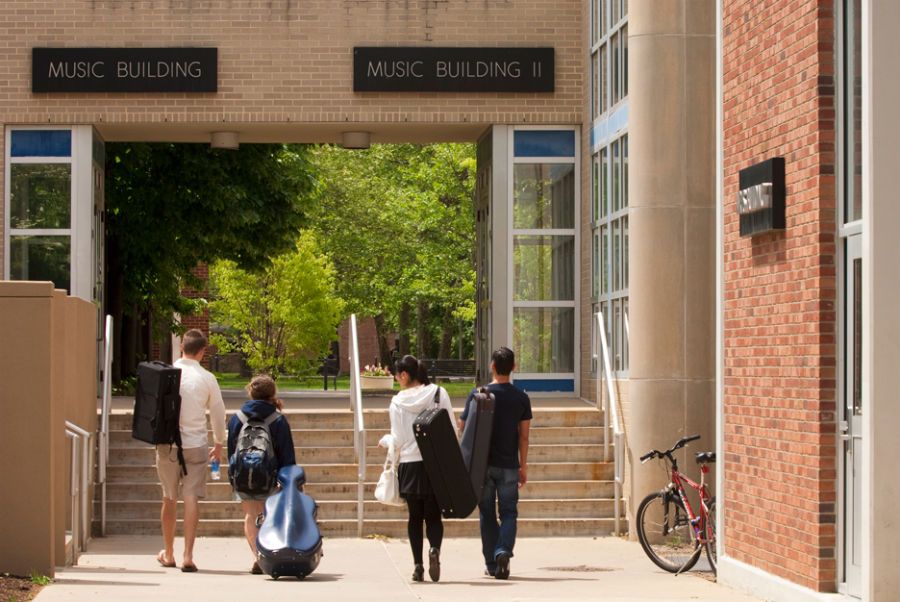 D Grant Smith - Oct 15, 2014
Adapt, change or die. It’s the mantra every organization faces. Leadership, personnel, and even business models in recent years have had to completely alter...

Listen to this A Cappella Version of the Super Mario Ghost...

Is Classical Guitar Hard to Learn and a Good Choice For...

How Hard Is It to Learn Classical Guitar? (Beginners’ Challenges and...