With the conductor at the helm of any modern-day orchestra, what can be the reason for having an orchestral leader? In fact, what is and orchestral leader and how does their role compare to that of other players of the orchestra? In this article, I’ll take a concise look at these and other questions centering on the Leader of the Orchestra.

The orchestra as we recognize it today began to form during the Baroque Period of music.

It was during this era that strings, wind, brass and percussion players started to evolve ensembles that could meet the demands of the composers of the time. Even though there was not the array of instruments available to 21st Century composers, the Baroque orchestra was around twenty-five players including a ‘continuo’ that comprised a harpsichord and usually cello. No conductor stood at the front of the orchestra in the way they do today, but leaders lead from the keyboard or even the solo instrument or group.

To a certain extent, there was no real need for a ‘stand-alone’ conductor and instrumentalists and vocalists were used to a greater degree of autonomy. What did begin to emerge as we move forward in time towards the 18th Century are section leaders, who align with the ever-expanding instrumental families of the orchestra?

As the orchestra evolved through the periods of music it grew significantly. What were once perhaps 4 violins becomes, by the late Romantic Period up to 30 players. The violin section divides into two (violin 1 and violin 2), each potentially containing up 30 players. French Horns went from a pair to eight in the modern orchestra alongside quadruple woodwind, five trumpets, and a battery of percussion. It is easy to realize the need for a leader for instrumental sections as they grew to these proportions.

In the contemporary orchestra, there are usually leaders for each section including each string instrument, each woodwind and brass instrument, and percussion. When you remember a symphony orchestra can contain over one-hundred players this is a reasonable and sensible method of organization. The ‘Principal’ for each section traditionally used to be the player who had worked their way through the ranks of the orchestra, had considerable experience, an unparalleled technique, and leadership qualities.

If you wish to lead a section in today’s orchestras, these characteristics have not changed noticeably except for the option to audition directly for the chair of the principal without having done the groundwork in that given orchestra. Competition is extremely fierce with hundreds of players often applying for this type of professional leadership role.

The job, once you have been fortunate enough to be awarded the post, is a tough one. As section leader or principal instrumentalist of a section, you will be expected to ensure the standards of your part of the orchestra are exemplary. You will be required to play all the solo parts in work, and possibly perform concertos with the orchestra. Your knowledge of the repertoire must be extensive and you may be required to arrange for the appropriate professional training for players under your supervision.

This role is not designed to in any way take over from the conductor’s role but to support it. Section leaders should be absolutely in tune with the aims of the conductor and able to communicate these to their section should there be a challenge. This is important especially when orchestras have several conductors to work with during a season or, guest conductors who will not necessarily know the players well at all.

One of my memories as a young orchestral player was of each section being taken to separate rooms during rehearsal for ‘sectional’ sessions. This allowed the players to run through the challenging passages within the context and to a certain extent comfort their own section. Each of these rehearsals was led by the section leader who was expected to know the pieces thoroughly enough to guide you through the rehearsals in preparation for the ‘tutti’ later in the day.

In the larger sections of the orchestra, such as the string sections, section leaders often are looked to by the other players for visual and aural clues as to how to play the piece. These can be directional in the form of body language as well as by how they perform. The leader will be expected to tune the sections before rehearsals and performances ready for the conductor who often has the final say regarding the finer adjustments or sectional balance.

Commonly, it is the Principal Violinist who is viewed as the overall leader of the orchestra, second only to the conductor. It is usually the Principal Violinist you see shaking hands with the orchestral conductor at the start and or end of a performance. You may also notice that following a successful performance when the audience is clapping, the conductor may encourage the leader of each section to stand to receive the applause. This is a useful way to get to know the leaders of each of the orchestral sections and perhaps who to listen out for during performances.

One of my favorite orchestral leaders was the clarinetist and broadcaster, Jack Brymer. As I remember, he was the Principal Clarinet of the London Symphony Orchestra and an outstanding clarinet player.

What was of particular interest to me was that Brymer was largely self-taught and that he could seamlessly swap from a classical concerto to a jazz piece with equal dexterity, poise, and ease. Brymer remained a key figure in the life of the LSO for many years sharing the post with another remarkable clarinetist named Gervase de Peyer, but for me, it was Brymer’s sound that really gave the LSO its edge.

One of the most outstanding violinists of his time is Noah Bendix-Balgley. He holds the grand title of ‘First Concertmaster‘ with the Berlin Philharmonic Orchestra, voted one of the best orchestras in 2019 by Gramophone.

If you want to discover more about orchestral leaders follow this link and see the orchestra in a new light. 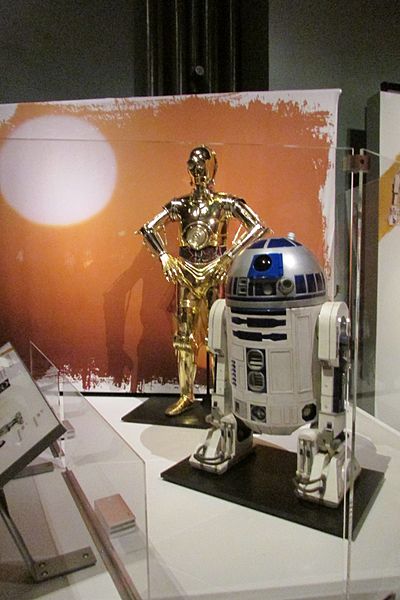 Jordan Smith - Aug 25, 2016
Canadian cellist Nicholas Yee has put together a 10-minute cello medley made up of music from the Star Wars score composed by the legendary...

10 Most Interesting Facts About Giuseppe Verdi