Former cellist Julian Lloyd Webber, who was forced to retire from performing after suffering a neck injury, commented that there is no such thing as classical music anymore, and that it is meaningless to describe the music being written by contemporary composers as classical. He told The Times that such a description was “almost irrelevant,” and added, “We’re talking about 500 or 600 years of music, all in different styles. How can you compare Purcell with Philip Glass and everything in between? There is good music and bad music.”

Disagreements about the appropriateness of classical music as a descriptive term are not new. Probably one of the best known objections raised to the use of the term classical is that in music history, classical refers to music composed from the mid 18th to early 19th centuries. But in popular cultural discussion classical has come to mean the full range of music composed since the renaissance to the present day, encompassing the baroque, classical, romantic and modern periods, as well as contemporary works.

Given the variety of music that has been produced over the past four or five hundred years, can we legitimately describe it as classical, and continue to call contemporary music classical?

There are good arguments to be made on both sides. For those defending the use of the term classical, there is the fact that we have already seen huge changes in musical style from baroque to 20th century modernism that we have called classical music. Nobody would try to claim that Vivaldi’s and Wagner’s music was similar, but both composers were part of a musical tradition that influenced the work of each new generation, even when they introduced new elements. As this interesting blog article put it, “Think of the evolution of classical music as a progression, like making your way across monkey bars.  Each rung is a different “great master,” who added something new to the advances of the predecessor.”

As well as building on previous achievements through the creativity of new composers, classical music has also been no stranger to new influences in the past. Many of the leading composers drew on inspiration external to the classical tradition, such as folk and later jazz styles. Therefore, a huge change in musical style would surely be necessary to justify the abandonment of the term classical music.

But it’s not so straightforward. Part of the problem felt by many who are troubled by the on-going reference to classical music is the disproportionate influence that music from previous eras has. By talking about the works of new composers as classical, they say, we are failing to recognise the full extent of their creativity, which is often encouraged by non-western musical styles and other mainstream genres. This failure helps to perpetuate the focus on composers of the 18th and 19th century by orchestras and other musical ensembles, as pointed out in this Independent article from 2012.

Another concern brought up about describing contemporary works as classical music is the impact this has on drawing in new audiences. Citing ageing audiences and the deepening crisis of orchestras and other musical institutions around the world, some have argued that young people in particular are alienated from the classical music tradition, and that this tradition is no longer appropriate to the cultural diversity of today’s society.

A few years ago, a lively debate took place at the Cambridge University debating union on the question of whether classical music was relevant to young people, where the question of modern culture was one of the issues raised. Those arguing in favour of classical music’s irrelevance to young people today pointed to new cultural practices and a disinterest in the traditions of this musical form. On the other side, those who rejected such an approach argued that classical music is universal and can appeal to audiences beyond the historical time in which it was written.

What do you think? Are you in agreement with Lloyd Webber’s comment that describing music nowadays as classical is essentially a meaningless exercise? Or does it continue to express something important about its origins and influences? 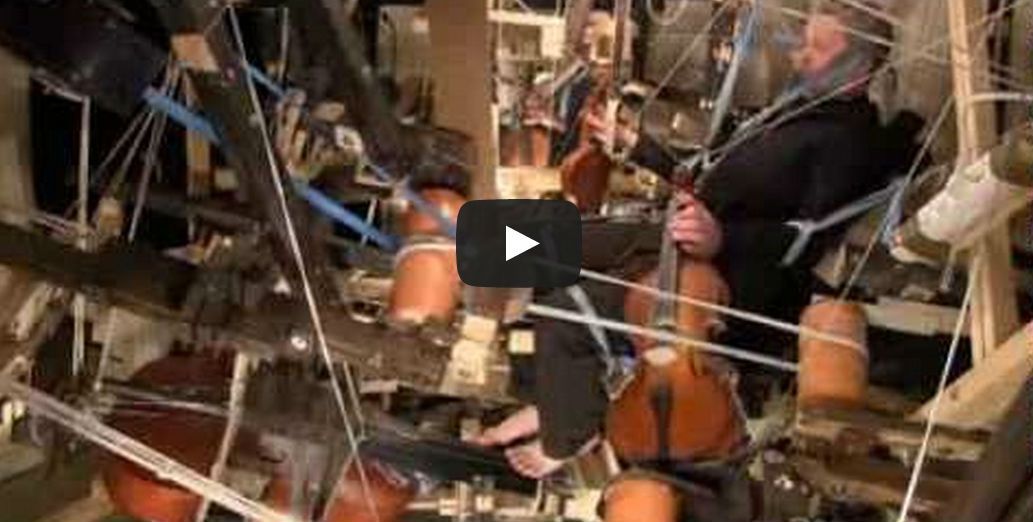 CMUSE - Dec 22, 2014
Some inventions make things easier for us. Some cause revolutions that forever change the course of human history. Others give the possibility to play...