Not being a brass player myself, I have based my findings on having worked with many brass players and the comments made by them and their students over the years. The essence of playing any instrument competently, I should add, is often a long and dedicated path of study that is both bitter and sweet.

When you see a French Horn, what you see is a curled brass tube that opens out into a bell. If this tube were to be uncurled into a straight tube it would be around twelve feet long. It is the length of the tube that presents the playing issues. With a piece of brass this long it is very hard to hit the center of a note as the ‘partials’ are very close together on the instrument. This means it is highly likely that the inexperienced player will ‘split’ the note and slip from the intended note to the next partial.

The cup on the mouthpiece of the French Horn is a shallow one in comparison to other brass instruments. This also creates a challenge when playing the instrument as it requires accurate use of the embouchure that as I understand it, takes years to adequately form.

Similar in appearance to the French Horn is the Post Horn. There are two versions of this instrument and they can often be a source of confusion. The coiled Post Horn is one instrument whereas, Coach Horn is not coiled but straight.

Another distinguishing feature is that the Coach Horns were made of copper, but the Post Horn was made of brass and had a cylindrical bore unlike the conical bore inside Coach Horn. As you very well may imagine, the Post Horn was an instrument that was usefully employed by guards accompanying mail coaches throughout the 18th and 19th Centuries. Its range is based on the pitches you can produce through the harmonic series as it does not have valves or a sliding mechanism. This in itself offers quite a big challenge for anyone wishing to play the instrument although the limited range of both instruments makes them somewhat more approachable than other instruments.

Often thought of as the most difficult brass instrument to play well is the Piccolo Trumpet. Not only does it inherently have the inbuilt difficulties of most of the other instruments of the brass family but it has many unique to itself. The Piccolo Trumpet is not so rare an instrument to see as it once used to be and is not uncommon in many contemporary orchestral scores. It is also a featured instrument in works such as the ‘Brandenburg Concerto’ No.2 by JS Bach. In this piece, the trumpet brings splendor to the entire concerto that could not be reproduced by an alternative instrument.

Because of the construction of the Piccolo Trumpet, to produce a good sound the strength of embouchure required is far greater than that of a normal B flat trumpet. As a result, the Piccolo Trumpet has become a specialist instrument with players like Maurice André making a career playing and arranging works for the instrument.

The Trombone is an instrument that is often associated with comic effects rather than celebrated for its warm timbre, powerful dynamic range, and expressive potential. Several trombones are common today with the ‘tenor’ trombone perhaps towards the top of that family. There are also the bass and alto trombones that complete this brassy picture.

What makes the trombone unique is the fact that (leaving valve trombones aside), the change of pitch is produced by altering the position of a slide. The slide mechanism is the perfect method of producing the comedy glissando effect that I referred to earlier, but it is also a major challenge to anyone learning to play the trombone. To play any given pitch, you need to know precisely where to position the slide. Movement in either direction alters the note (which can be used for vibrato), but can also result in an unintended pitch.

Delving into the deeper ranges of the brass family we come to the Tuba. These majestic instruments like others in the brass family, come in different types, from the Tuba in F through to the contrabass tuba in BBb. Most Tubas have three or four valves but some variations derive from Germany with up to six valves and different standard ranges. The pure size of the Tuba makes it quite a challenging instrument to play. There is a considerable amount of tubing that makes up a Bass Tuba for instance, and this needs a strong lung capacity to sustain a melodic line.

On the plus side, the Tuba does not tend to be an instrument that features in concertos or dominates the melodic landscape in an orchestral setting. Instead, the Tuba tends towards the supporting bass line in many compositions making the challenges of performing perhaps a little less daunting. That said solo works do exist for the Tuba and I have heard an astonishing arrangement of Rimsky-Korsakov’s ‘Flight Of The Bumble Bee’ performed on a Tuba. Something I never expected, but something that demonstrated the potential of this noble instrument.

Perhaps not strictly a brass instrument even though the mouthpiece is very similar to that of contemporary brass instruments, the Serpent is an instrument I wanted to mention. It was popular in the Medieval Period of music and was usually made from hardwood covered in leather. A metal version also exists. It must have been a tricky instrument to play to any standard due to its serpent-like shape and the odd mixture of tone-holes and brass keys with which to produce different tones. The Serpent is thought to be the predecessor of the modern-day Tuba. 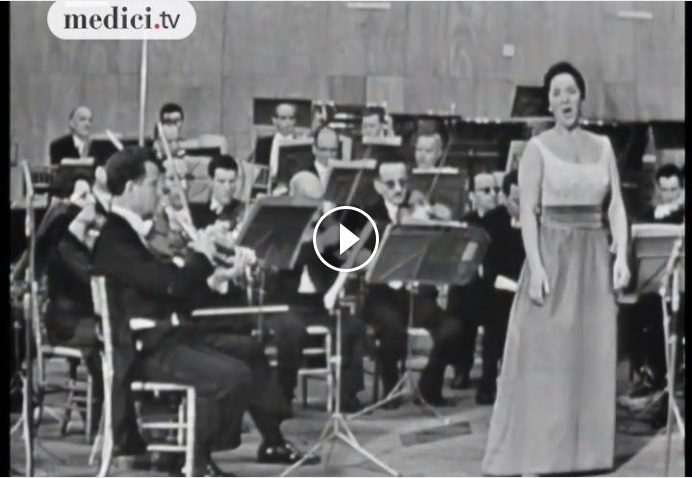 CMUSE - May 2, 2017
Teresa Berganza is well known to be an ardent follower of Elisabeth Schumann, trained by Lola Rodriguez Aragòn. Teresa Berganza performed Mozart and Rossini...