As a musical genre, Funk has its roots firmly embedded in jazz. Funk incorporates many elements of jazz alongside soul and earlier African-American styles of music. Following on from the immense success of soul singer James Brown in the mid-1960s, the idea of Funk began to catch hold of the musical community in the US.

James Brown probably coined the term ‘funk beat’ in this decade and the concept stuck. What typically distinguished this new sound was a not only a strongly syncopated or off-beat bass line but the driving rhythmic emphasis of the first beat of every bar. This gave the music quite a different feel to that of either jazz or the blues where beats 2 & 4 were more commonly highlighted.

Funk tended towards the instrumental rather than vocal centered tracks although there have been many successful songs that include an aspect of voice too. Harmonically, Funk hinged on jazz progressions but often without the complexities of bebop. Chromatic movement in harmony was a popular device with subtle side-steps either up or down underpinning the main melodic material.

By the 1970s, Funk was a household name, and many bands were emerging who focused completely on this fresh form of popular music. One of the key bands of the time was an American group of musicians called ‘The Metres’ who were, as far as I can discover, still active in 2010. One of the earliest examples of a Funk band, their music is characterized by grooving electric guitar riffs, quick-moving, virtuosic bass lines, driving drum rhythms, and beefy Hammond organ solos that many later groups mimicked.

Other major artists began to sit up and take notice of the growing Funk movement including Stevie Wonder, Kool, and The Gang and Paul McCartney, who invited the Meters to play at the release of his album ‘Venus & Mars’.

To complement the popular music world and to exemplify the appeal of Funk in the 1970s, well-known jazz artists like Miles Davis and Herbie Hancock. Davis’s album ‘On The Corner’ (1972) is a great example of jazz fusion, encapsulating the new sounds of Funk without losing the essence of jazz. The album fully absorbs the musical features of Funk and is Davis reaching back out to the young African-American audiences of the time who largely had abandoned jazz.

The influences of Funk began to resonate through nearly all contemporary styles of music. Disco borrowed heavily from the drum and bass patterns of Funk and even Hip-Hop owed much of its early music to the work of Funk bands. As the 1980s progressed Funk divided into sub-genres. From the Jazz Funk of the 70s to ‘Synth-Funk’, ‘Psychedelic Funk’, ‘Funk Rock’, and even ‘Avant-Funk’, it was a style of music that began to thread its way into huge swathes of the musical community.

Equally, Jazz Funk moved the world of Jazz into new territory. Herbie Hancock, in particular, made great creative use of the available analog synthesizers, in combination with traditional instruments in albums like ‘Future Shock’ (1983). In this album, we find Hancock at his creative best. Jazz fuses with techno, dance, and hip-hop to present us with an album very much of its time. The album won an RIAA Platinum Award in 1994.

The British ‘Acid Jazz’ band Corduroy for me is one of the most exciting groups of Funk musicians still playing today. This type of jazz owes its birth to a broad mix of genres dominated by Funk, Soul and Jazz music. What Corduroy so successfully produce is music that centers on creating a strong ‘groove’ over which instrumentalists in the band riff, improvise, and occasionally sing.

The music is eminently danceable and has proved to be a popular form of Funk on the current music scene. Even though Funk hailed from the US, the UK acid jazz scene was a vibrant one and it too stepped in the mainstream popular music world with bands like The Brand New Heavies, who enjoyed success with chart-topping tracks like ‘Never Stop’, that was released in 1991 as a 7-inch single only. The James Taylor Quartet brought the sound of the Hammond organ back to Funk in the late 80s and into the 90s alongside the famous Stereo-MCs.

A less well-established sub-genre of Funk to emerge from the 80s is Funk-Metal. This genre incorporates a curious selection of musical genres including as you might well anticipate, heavy metal, or thrash metal with punk. The music is fast-paced, driven to the point of being manic with blistering guitar riffs. The West Coast of the US was where it became briefly popular with bands like Living Colour.

Many additional genres of Funk have evolved since the 1960s, some more obscure than others but nearly all with their musical feet placed in the fertile soil of Funk. Perhaps one of the most interesting is one called ‘Avant-Funk’. This genre of Funk drew its inspiration from psychedelic music that made such colorful use of fuzz boxes, phasing, and vocoders to name but a few key devices.

What Avant Funk boils down to is an amalgam of progressive rock concepts welded with electro-pop and of course Funk. The music is experimental and, in many ways, far less approachable than more mainstream Funk. Rhythm is the main focus of Avant-Funk with extended and hyper-developed patterns that can generate lengthy pieces.

What appeals to me is really that Funk is a natural progression in the wider genre of Jazz, with an immediately compelling treatment of its material in a popular music context. The bass lines are often remarkably complex, giving the limelight to an instrument that usually takes more of a back seat, whilst the drum patterns are tight and neat. Delicately shifting harmonic shapes offer huge potential for improvisation within flexible structures built on existing jazz models. There is something for everyone in the wide world of Funk. 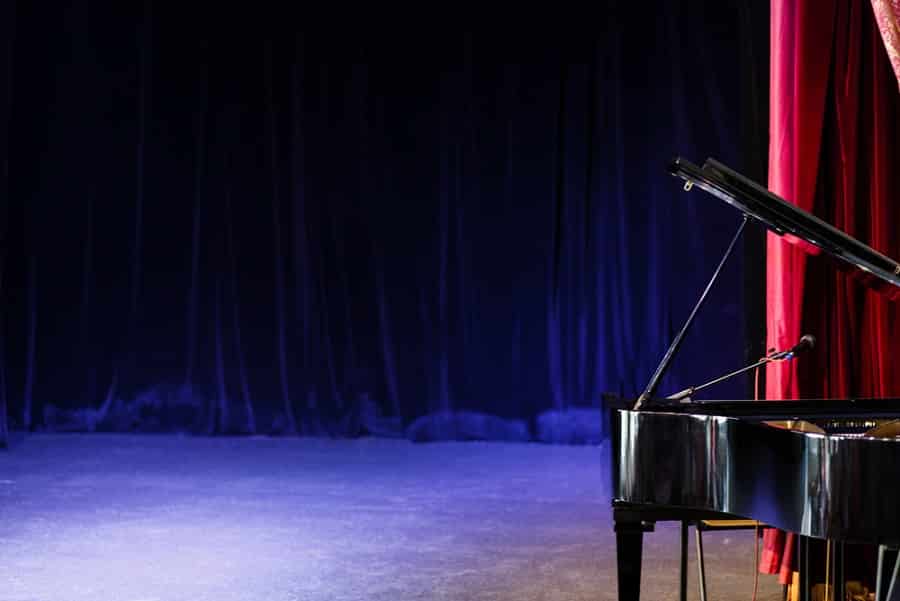 9 Famous Comedians and the Piano In The World

CMUSE - Sep 5, 2019
It takes more than one talent to be funny at the piano. The music itself can be funny, of course, or the person playing...

Floyd Rose vs Fixed Bridge: Which Is Better?

WHEN WAS THE ORCHESTRA PIT FIRST INVENTED?