As electronic pianos have evolved and manufacturing techniques developed to meet the ever-increasing expectations of pianists, there have been a host of intriguing innovations that have brought the electronic piano to the pinnacle of perfection. One of the most resounding criticisms of electric pianos when they first emerged on to the market, was that they were not even close to how an acoustic piano ‘feels’.

What this meant was that these early models in some respects felt flimsy, and the keys were not weighted or possessed the same ‘action’ as an acoustic instrument. Playing these electronic keyboards was almost like learning another instrument altogether as the touch with which you played was a world away from how you would play a ‘real’ piano.

Over the years many manufacturers have created ingenious ways of bringing the experience of the electronic piano ever closer to its counterpart. One of the first was to incorporate a touch sensitivity that allowed the player to produce a range of dynamic levels.

Another was the weighted action that gave a reasonable impression that the keys were functioning in the way you would expect an acoustic piano to do. These keyboards contained little weights under the keys that produce the effect that parallels an acoustic instrument.

The problem here is that this added considerable weight to the whole keyboard and given that one selling point for many electronic keyboards was that they were portable, this change made that portability less appealing.

What Is Graded Soft Touch

The Japanese instrument manufacturer Yamaha has been creating extremely high-quality instruments since the middle part of the 19th century. Their acoustic pianos are amongst the very best in the world. Likewise, Yamaha’s range of electronic keyboards offers a generous array of options to suit all budgets. One example of a recent invention is what is termed ‘graded soft touch’.

The NP-V80 is an electronic keyboard with 76 keys that has the graded soft-touch inbuilt. What this means is that the keyboard does not have ‘weighted keys‘ or hammer action, but a system that aims to replicate the ‘feel’ of an acoustic instrument. This is accomplished by making the keys on the keyboard become gradually more resistant to the touch the lower you proceed on the keyboard.

If you have played an acoustic piano you will notice that the lower the note, the more force is required to make the note sound. It is a clever method that has allowed a keyboard to be produced that remains portable and affordable but one that also comes close to having the touch of an acoustic instrument.

On the other side of this picture, Yamaha manufacture instruments like the P-45, 115, and 255. These electronic instruments do not have the graded soft-touch but instead have a ‘graded hammer action’. In practical terms, this presents an electric piano that has keys that give increased resistance towards the lower end of the piano keyboard whilst reproducing a very close acoustic piano action.

Casio keyboards offer a similar idea but it is called the ‘scaled-hammer action’. The finer details of the differences between Casio and Yamaha can be researched on the respective websites. Like many decisions that surround the section of an instrument, personal preference ought to be at the heart of the choice you make.

Another leading manufacturer of electronic pianos is Roland. I have always had a preference for these keyboards over others that have been available as they not only ‘feel’ very similar to an acoustic piano but the quality of the sound is always excellent. At the top of the Roland, the range is what they call Premium Pianos (LX700 Series).

These have the look of an acoustic instrument but produce their sound by electronic means. The sounds the instruments produce are based around modeling as opposed to sampling that brings a far richer, authenticity to the tone of the piano. There is no graded soft touch on these instruments, as they fall into a different league. Even the keys on these instruments are designed to feel like the ebony and ivory keys on an older model grand piano. A complex series of speakers that are built into the cabinet of the piano means that the quality and detail of the sound is extraordinarily good.

Graded soft-touch keyboards then offer a viable compromise if you are prepared to work with the limits this technology has. What you get for your money is a quality keyboard that will be portable, have MIDI capabilities, a good range of sampled sounds, and a playing experience similar to an acoustic instrument.

Furthermore, it is important to realize that this similarity can, for more experienced players, or those who are used to playing an acoustic piano, have drawbacks. It also means you have a keyboard that is excellent in a band setting with the capacity to connect directly to external speakers or a PA system.

Pedals can be added as required like sustain and una corda. If you are looking to utilize the other sounds that these devices often come with keep in mind that a graded soft-touch could alter how you might approach playing a synth patch for example as these instruments are not commonly produced with this kind of touch.

If you have the budget and are looking for an instrument perhaps to replace a tired upright or even a grand piano then Yamaha and Roland both offer electronic instruments that in many ways give more possibilities than an acoustic instrument ever could. By this, I refer to features like Bluetooth and WiFi connectivity. 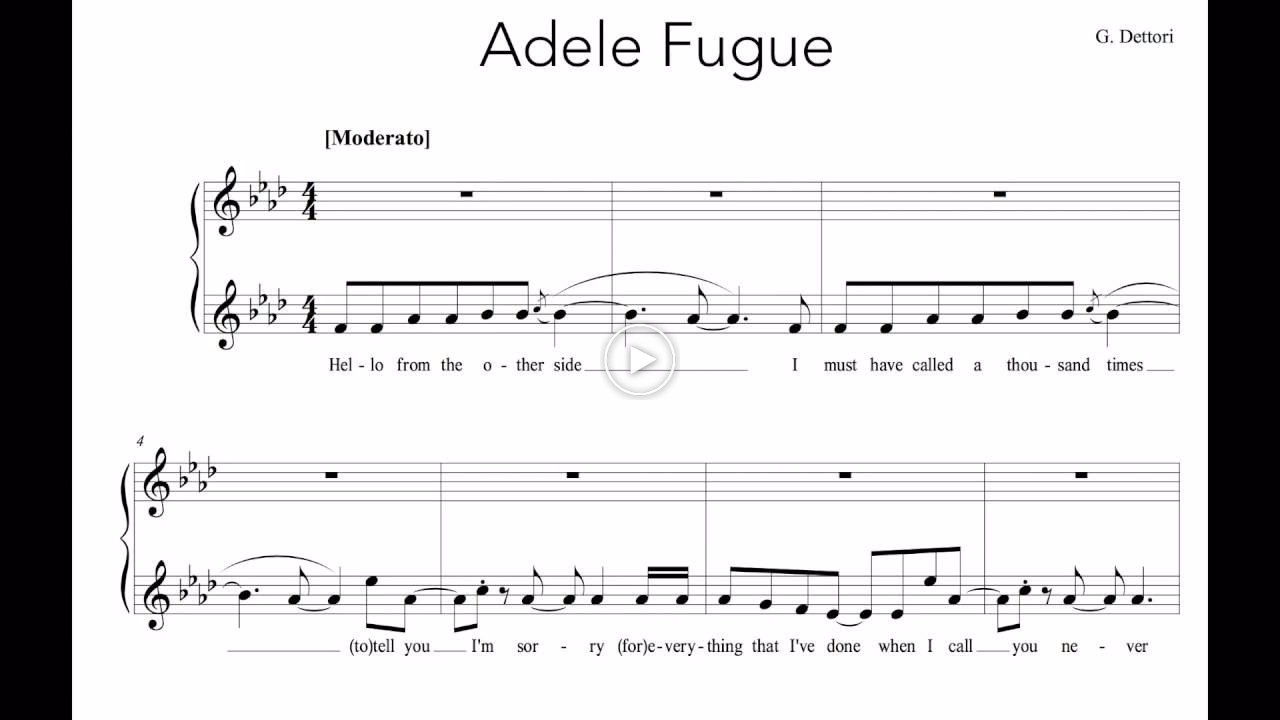 CMUSE - Jun 8, 2017
Calling this genius, the “King of Counterpoint”, will be an understatement. Growing up the Italian had a keyboard for kids, which made his love...