Blues is a musical form and a musical genre. The term “blues” derives from its initial relationship with gloomy issues and sounds. When we have “the blues,” we are unhappy.

However, blues music has evolved to cover different issues and emotions, with the goal of ‘driving the blues away’ with song. There are various types of blues music, and we’ll look at a few of the historical and other interesting types.

A single definition of the Blues is difficult to nail down. However, a workable definition might be an “African-American song genre that employs uncomplicated musical patterns (described below) and whose lyrics frequently highlight subjective responses to love and loss.”

This definition is limited in scope, as you will see later when we discuss the different Blues music.

In the years following the American Civil War, repressed, economically impoverished African-American communities in the southern states of America gave birth to the blues (1861–1865).

Blues performers were slave descendants, and components of their music originated in Africa.

Many elements found in African music also found a footing in blues music: call-and-response singing, bending notes (so-called blue notes), and a nasal vocal sound are some of the most common elements in early blues music.

The call-and-response style of singing harks back to typical traditions enslaved West African people would have had at home: the leader would sing an unaccompanied melody twice to give another singer time to come up with a response—all this while improvising songs to the rhythm of the work at hand.

The church spirituals also played a role and provided a vehicle for pouring out emotions in the music.

What Are the Different Types of Blues Music?

There are far too many versions of blues music to list here, so we’ll focus on some of the historical and more modern and interesting ones to give you a bird’s eye view of the genre.

This is the oldest type of blues music. It emerged in the southern USA in the late 1800s. It included Country Blues and Delta Blues (referring to the Mississippi Delta).

Country Blues does not feature electronic instruments and is entirely acoustic. Most country blues musicians were African-Americans who traveled, took their music to new places, and spread the style by performing in churches, social halls, and street corners.

There is also no relation between this type of blues and Country music.

Scholars consider Delta Blues a regional variant of country blues. Usually, they feature a singer who accompanies themself on a guitar and sometimes a harmonica. 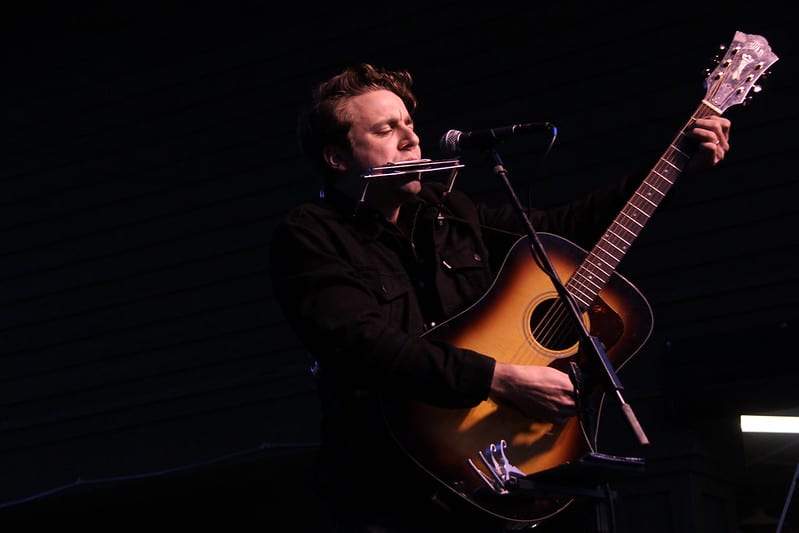 Slides or bottlenecks on the guitar, along with a hard playing technique on the guitar strings to match the passion of the lyrics, were prevalent.

Vocal delivery ranges from passionate styles to quietly introspective and soulful. Common topics were religious redemption or damnation, life on the road or in the fields, and love and loss.

Ma Rainey, known as the Mother of the Blues, added blues songs to her vaudeville acts in 1902, and from there, classic female blues emerged.

Ma Rainey was also one of the first blues vocalists recorded and one of the very first Black women to become a professional blues singer. During the 1920s, classic female blues, also known as Vaudeville Blues, was quite popular.

This kind of blues combined elements from the urban music theater with traditional folk blues. It was typically performed by female vocalists accompanied by a pianist or a small jazz ensemble.

Then you jump or “stride” to a chord just under middle C. Boogie-Woogie began among African-American communities in the 1870s and rose to prominence in the 1920s.

The piano is featured as the primary instrument rather than a singer or guitarist. While standard blues is associated with expressing emotions, Boogie-Woogie was intended to be dance music.

Jump Blues evolved from Boogie-Woogie, and the big band sounds found in the 1940s. It is an upbeat style of blues that combines elements from blues with swing jazz.

The music frequently includes rhythm sections and brass or woodwind instruments. It is also frequently seen as a precursor to both rock’n’roll and R&B.

Punk Blues, as the name suggests, is a fusion of punk rock and blues elements. It retains certain aspects associated with blues, such as pentatonic scales and monophonic textures (a single melody sung or played by an instrument);

It transforms multipart three-chord harmonic progressions and shifts them to one- and two-chord vamps and offers a new style of vocal performance.

It is, however, not without contention—punk has a complicated relationship with the blues, particularly punk’s history of negation and erasure, which remains an important aspect of the punk aesthetic.

Hokum showed a completely different side of the blues. It is a style of the American blues song that’s upbeat, light-hearted, and often lewd and salacious making sexual innuendos using analogies or euphemistic terminology.

Some hokum blues recordings sold in the hundreds of millions had explicit lyrics about sexual acts, prostitution, and homosexuality.

This mania for Hokum peaked during the Prohibition Era in the late 1920s and early 1930s. Lucille Bogan stands out for her explicit lyrics. This song is no exception in its referral to drinking and alcohol use.

From its humble beginnings with enslaved people working in the fields and using music as a coping mechanism for their hardship to diverging into multiple styles, Blues has given people a vehicle to express their feelings, hopes, dreams, and even disappointments.

While the precise origins of Blues music might be hard to determine, it has a distinctive style that is hard to miss.