Both of the terms in the title above refer to a type of musical structure. In other words, how a certain piece or pieces are put together. Both ‘strophic’ and ‘through-composed’ structures or forms of music have held a strong and important place in musical history for many years. The question for this article is really whether or not one has an advantage or appeal that is greater than the other, or is there not such a remarkable difference between them?

Strophic Vs Through Composed

Whilst some terminology refers to a musical structure in a more general way the term ‘strophic’ tends to be used to describe songs. The essence of strophic form is that each verse is sung to the same music. In this sense, strophic songs are amongst some of the oldest and newest around. It is a popular form for a song as it is simple but highly effective.

Some songs as you might expect, change of text for each verse, but others are more limited to the extent where you would describe the structure as simply ‘A, A, A…’ What perhaps appeals more to either a performer or audience is a verse text that changes but a musical setting that broadly remains unchanged.

It might appear that a strophic song would struggle to maintain any kind of interest with a listening audience but when you examine strophic songs more closely, you soon realize the appeal is almost universal. One of the most famous strophic tunes, perhaps even the most famous is the song ‘Amazing Grace‘. This alone stands as a fine example of why strophic songs work as a musical form despite what might be thought of as a simple structure.

The form has been extensively used by several classical composers including Haydn and Schubert. ‘Die Forelle’ (Op. 32: D.550), composed by Schubert in 1817 is one of the best examples of a highly successful and popular strophic song. Strictly speaking, Die Forelle is a ‘modified’ strophic song, but the essence of the form is clear.

Looking at the popular side of musical culture Bob Dylan virtually built a career writing strophic songs. Many of these have gone on to sell millions of records and been covered by an impressive collection of artists. Amongst my favorite Dylan songs include ‘The Times They’re A Changing’,

and ‘Blowin’ In The Wind’ to name only two.

The well-known Johnny Cash song ‘I Walk The Line’ (1956), is another song in support of strophic form alongside Simon and Garfunkel’s haunting ‘Scarborough Fair’. Many of these pieces work as the general mood of the piece remains largely unchanged.

The strophic song structure has quite a legacy that presents quite a challenge for the next musical form: ‘through-composed’. What separates the strophic from the ‘through-composed’ is that instead of the music remaining unchanged for each stanza, the music changes with the poem or text. If then a composer is aiming to set a text whose content, mood, and even meter is changeable, then it is most likely that a through-composed structure will yield more appealing results.

If we consider that a verse and chorus approach to songwriting would be represented with the letters A (verse) and B (chorus), then a through-composed piece would be represented like this: A, B, C, D, E….What this sounds like is effectively different music for each part of the poem or text.

If you wish to make a musical comparison between the two musical forms, then perhaps begin with the music of Franz Schubert. As mentioned earlier many of Schubert’s songs are composed in a strophic manner but there are equally some that follow the concept of a through-composed piece.

One of the more well-known ‘Lieder’ is ‘The Elf King’ (Der Erlkönig), in which Schubert imaginatively uses the through-composed form to allow himself to capture the characters and frightening story he chose to set.

With every new verse, Schubert adjusts the harmony, rhythms, and vocal register to portray the emotions of the scene. This could not easily have worked if he has elected to use a strophic form.

Other notable classical pieces derive their structure from through-composing. Haydn’s famous ‘Farewell Symphony’ (No.45) is considered by some musicologists to be a fully through-composed piece of music.

What this implies is that the entire symphony has a ‘hidden’ programmatic structure behind it that relies on ever-changing music and invention. On an even larger scale, the operas of Richard Wagner are often described as being ‘through-sung’ in that ‘recitative’ is not used, scenes, instrumental sections, and songs simply move on through the narrative with new music. Wagner does unify his music not only at a macro level but also at a micro-level in his use of leitmotifs.

Moving forward in time to the 21st Century the ever-inventive band Queen secured their place in the Rock Hall of Fame with their massive hit song ‘Bohemian Rhapsody’.

Even though many listeners at the time were somewhat perplexed by the meaning behind this song, it remains one of the most played songs of all time. Interestingly, ‘Bohemian Rhapsody’ is also through-composed. Each section consists of new musical material, right until the very end when we hear echoes of the opening piano motif. The fact that the music is continually changing only enhances the curious narrative that Queen composed and presents the opportunity for some first-class guitar pyrotechnics.

As you delve further into the popular song you soon discover that there are a considerable number of songs that do not follow the tried and tested verse-chorus structure. The Beatles were not averse to experimenting with musical forms. ‘You Never Give Me Your Money’ falls into the through-composed category, as does the sobering song ‘Happiness Is a Warm Gun’. Both songs exploit the structure magnificently.

Perhaps the way to conclude this structural musical contest is to point out that the form of music you choose to use for your composition needs to relate to the nature of the text you intend to set. Both musical forms are equally useful to composers and successful enough for audiences over hundreds of years to enjoy. It is not a matter of taste that has the final point to make but the desired text that has the final word. 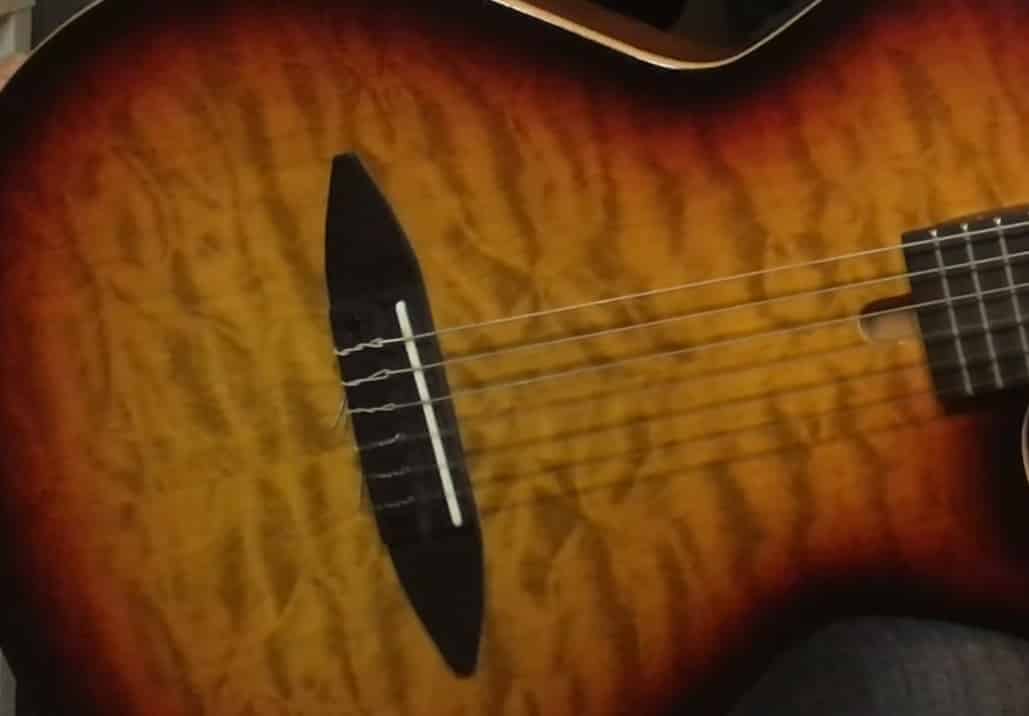 All About Hadean Guitars

CMUSE - May 15, 2020
With the increased or easy access to music, people have forgotten what real music is or what goes behind the doors of music production...