The music scene in Iceland has received considerable acclaim over recent years, particularly through the popularity of contemporary artists like Bjork and Sigur Rós. But now classical musicians are getting in on the act too. Last month, composer Jóhann Jóhannsson secured a golden globe, and he has also been nominated for an oscar for his soundtrack to the recently released film, The theory of everything.

Last year, the Iceland Symphony Orchestra (ISO) made its debut at the proms in London, combining a performance of some of the more renowned composers from the classical tradition with lesser known pieces by Icelandic writers. Reflecting this growth in interest, the Guardian published a piece last month exploring the diversity and creativity of contemporary Icelandic music. This has been encouraged by the opening just three years ago of a brand new concert hall, Harpa, which is home to the ISO and a number of music festivals covering various genres. When Harpa opened in 2011, it provoked a certain degree of controversy after the government was forced to step in and fund the project due to the collapse of Iceland’s economy in 2008. But whatever one’s view on the move, it was clearly a bonus for the ISO, which for years had made its home in a cinema auditorium.

Kjartan Olafsson, one of the artists featured by Guy Dammann in the article, is the director of the Dark Music Days festival that took place in Harpa at the beginning of the month. According to the festival’s website, Dark Music Days presents the largest number of new pieces of music of any of the island’s many festivals. It also places great emphasis on experimental works from Iceland and around the world.

Like the festival he directs, Olafsson believes in combining classical performance with elements from other genres of popular music. He even puts his classical training to use playing in a rock band. He is a musicologist at the Icelandic Academy for the Arts, where the members of Sigur Rós and the founders of the Bedroom Community record label studied. The label’s outlook, as Dammann notes, is “that ‘serious’ music has as much to learn from the world rock and pop as the reverse. This relates to packaging and presentation as well as musical techniques.”

Tectonics, another innovative classical music festival staged at Harpa, was where Dammann came across some other exciting new acts, such as the composer’s collective SLATUR. He makes the interesting point that they are an example of how a distinctly different approach to music-making exists in Iceland, one that is much more communal and driven less by the firm boundaries that have been established throughout Europe between musical genres over the past century.

Part of the explanation for this difference appears to be provided by the country’s musical history. Due to its isolation, Iceland did not adopt the the same pace of musical development as the rest of Europe. When the population of mainland Europe was enjoying the works of Mozart, Beethoven or Schumann, Iceland remained predominantly tied to the tradition of medieval vocal song. The first orchestra performance on the island, a visit by the Hamburg philharmonic, only took place in 1926. All of this meant that the long traditions of distinct musical styles did not have to be overcome in order to reach today’s exciting blend of classical and contemporary techniques.

The man who led the first orchestral performance in Iceland, Jón Leifs, is also one of the island’s best known composers. When the ISO appeared at the proms last year, they featured one of his pieces, Geysir, a ten-minute composition that begins with a foreboding build-up to a crescendo of sound as the title appropriately suggests.

Iceland’s unique musical heritage has drawn a increasing number of musicians to record their work on the island or perform at its festivals. The ISO boasts an impressive list of global classical stars with whom it has played, like Daniel Barenboim, Ann-Sophie Mutter, Joshua Bell, Hilary Hahn and Mstislav Rostropovich. 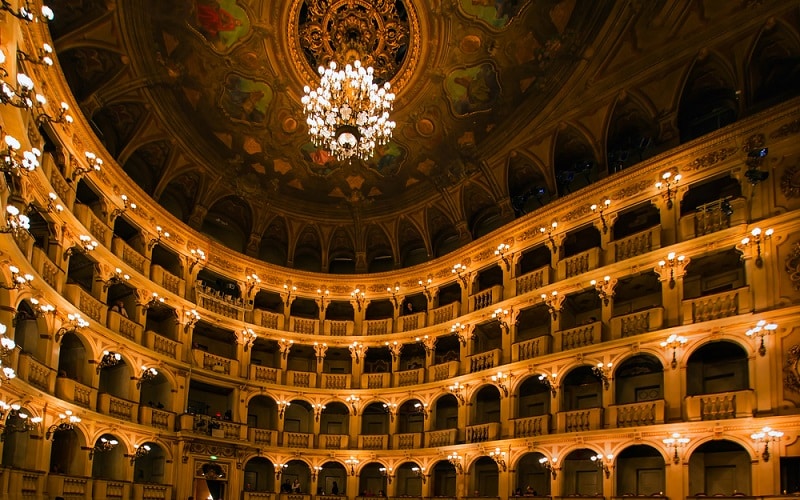