This may not be a piano piece that you are completely familiar with, so before we plunge into the technicalities let me provide you with a modest background summary. ‘La Campanella’, (It: ‘The Little Bell’), was composed by the legendary pianist and composer Franz Liszt in 1851.

It is the third piece from Liszt’s six ‘Grandes Études de Paganini’ (S. 141).

As you might very well expect, given the virtuosic reputation Paganini cultivated during his lifetime, ‘La Campanella’ is an extremely challenging work to play. Liszt had met Paganini and been incredibly impressed with his astonishing ability to play the violin. Liszt then borrowed the melody for ‘La Campanella’ from Paganini’s ‘Second Violin Concerto’ in B minor: the final movement that features a handbell. Unlike the original Paganini concerto, Liszt chooses the key of G-sharp minor for his homage, which in itself can deter even the hardiest of pianists.

At a first glance the ‘tempo’ of ‘La Campanella’ marked at ‘Allegretto’, doesn’t seem too daunting even with the accompanying key signature. Liszt opts for a 6/8 time signature and the work begins quite gently. Following the bell-like first three bars, Liszt begins to turn up the technical heat.

The stretches of up to two octaves that Liszt demands are the first challenge that is a feature of the entire work. It might lead you to think that the composer had particularly large hands but in fact, Liszt did not have unusually large hands just strong, dexterous ones that made leaps as you find in ‘La Campanella’ quite manageable. As a pianist, octave leaps are perfectly manageable but as Liszt pushes the comfortable interval, and the speed is quite fast, accuracy can be difficult to achieve.

It is important in the opening bars of the composition not to lose the lightness of touch and remember the dynamic marking of the piano (softly). When you consider that the theme is in the lower notes of the right-hand, then this is another immediate challenge. This soft, gentle volume needs to be maintained as the music moves into a more chromatic section in B major that continues to feature giant leaps in the right-hand and bars that begin with rapid, decorative turns.

By around the third page of ‘La Campanella’, Liszt starts to add a whole new level of challenge. Up until this point the right-hand had carried most of the musical content, but now Liszt incorporates big stretches for the left-hand as well, and harmonization for the Paganini melody in the right-hand part. A balance between the parts and the hands is vital at this stage of the piece, ensuring that the melody is delicately audible and lightly accompanied.

Following a short chromatic passage, Liszt swaps the accompanying pattern, now lightly repeating two-octave D#s in the right hand, with the melody that appears in the left0hand of the piano. Shortly after Liszt brings in a virtuoso favorite, the repeating note figure that goes on to take the accompaniment role in the right-hand whilst still needing to lay the melodic material with that hand too. The feeling becomes one of increased agitation as the music becomes increasingly chromatic with lengthy flurries in the right-hand punctuated by staccato left-hand chords. This passage culminates in a solitary trill on a high D# before beginning again with the melodic material in the left-hand of the piano.

Despite some tricky leaps in the left-hand part as it turns once more to accompany the right-hand, this passage is not overly challenging. Dexterity and finesse are required alongside pinpoint accuracy and dynamic control that is easily lost when trying to incorporate such a generous quantity of notes. Liszt brings this portion of the piece to a flourishing hiatus that is preceded by lavish chromatic fireworks that settle on a G# minor arpeggio.

Just when you thought you might be out of the technical woods, you realize Liszt has saved the real virtuosity until now. What happens next is a beautiful illustration of just how astonishing a pianist Liszt must have been. Many of the earlier technicalities are now brought back for the final section of ‘La Campanella’ including the repeated note figure, chromatic passages, and the melody and harmonization shared between both hands.

Not only does Liszt increase the tempo in this section, but he reiterates the staccato articulation, still at a soft dynamic. In my opinion, this is one of the most demanding parts of this adorable composition and one that can take many hours of focused practice to bring under control.

In the final bars following a contrary motion chromatic octave gesture, Liszt pushes the tempo even further forward (Animato). The left-hand accompanying figure is one that needs careful and patient study with quick movement over a large span of the piano, in octaves. Fortunately, at this stage of the performance, Liszt allows a fortissimo dynamic that does go some way to helping deliver this final portion of ‘La Campanella’ that triumphantly concludes on the tonic chord of G# minor.

There are many technical challenges that ‘La Campanella’ presents. It is certainly not a piece for an inexperienced pianist, although beginning to explore the melody at the start could be of interest to some. Liszt’s huge leaps in both hands, rapid repeating notes, delicate dynamic balance, and absolute control of melody and accompaniment make ‘La Campanella’ one of the more difficult pieces written for the piano. There are plenty of compositions that are far more difficult to play including some Chopin Études and the works of Alkan for example, but ‘La Campanella’ is in all probability work for the post-grade eight pianists, or one preparing for a diploma on the piano.

What always seems crucially important to me if you are attempting to play Liszt, is to not only focus on the virtuosity and the display that is inherent in so many of his works, but to delight in the subtleties too. There is great musical beauty in ‘La Campanella’ that can be easily overlooked in favor of or out of a desire to simply impress. This approach to my ears demonstrates a weakness in the understanding of the depths and finer points of Liszt’s music. ‘La Campanella’ is no exception. 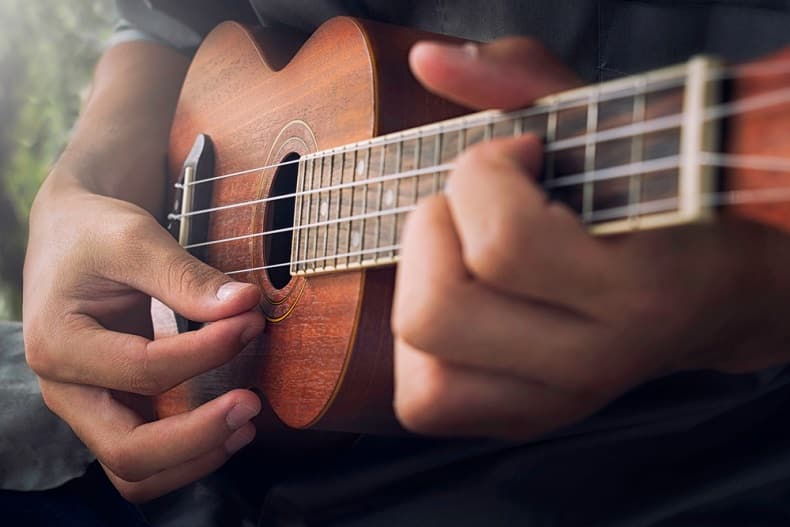 Carlo Gesualdo: the “madman” of the Italian Reinassance