Before we plunge headlong into the question posed by the title of this piece, I feel it is extremely important to understand a little about Claude Debussy and the composition he titled ‘Claire de lune’ (Moonlight).

Even though Debussy detested being called an impressionist, he is still thought of by most people as the Father of the Impressionist movement in music. Impressionism in Art was a 19th Century phenomenon whose origins are Parisian.

The central concept behind the art is that of light and how it changes and alters perception. Key exponents of this beautiful movement were artists such as Claude Monet, Pierre-Auguste Renoir and the lesser-known Alfred Sisley and Frederic Bazille.

‘Claire de lune’ takes its inspiration from the French poet with whom Debussy had a close affinity; Paul Verlaine.

Verlaine had written the poem in 1869 but Debussy composed ‘Claire de lune’ in 1890 as the third movement of a larger piano work titled ‘Suite bergamasque’.

Debussy was so taken by the poem that he also composed two further pieces in which he set the words for voice and piano.

The piece for solo piano is one of the most performed of Debussy’s piano works and whilst demanding to play effectively, is not as technically challenging as some of his other piano works.

So where do ancient Greek Gods fit into this luminous picture? Firstly, let’s examine the nature of these mythological figures. If you delve into Greek mythology, it is fascinating, both of these Gods have very different traits.

There are small parallels, but in essence, they’re poles apart. Apollo was one of the sons of Zeus. He was a God who was revered and even feared by the other Gods.

Apollo was a character of many facets. In one sense he was a lawgiver and protector but also a God who held men accountable for their deeds and offered redemption from them.

Apollo communicated his will through the prophets of men and the oracles. He governed from a distance controlling laws regarding religion and cities. 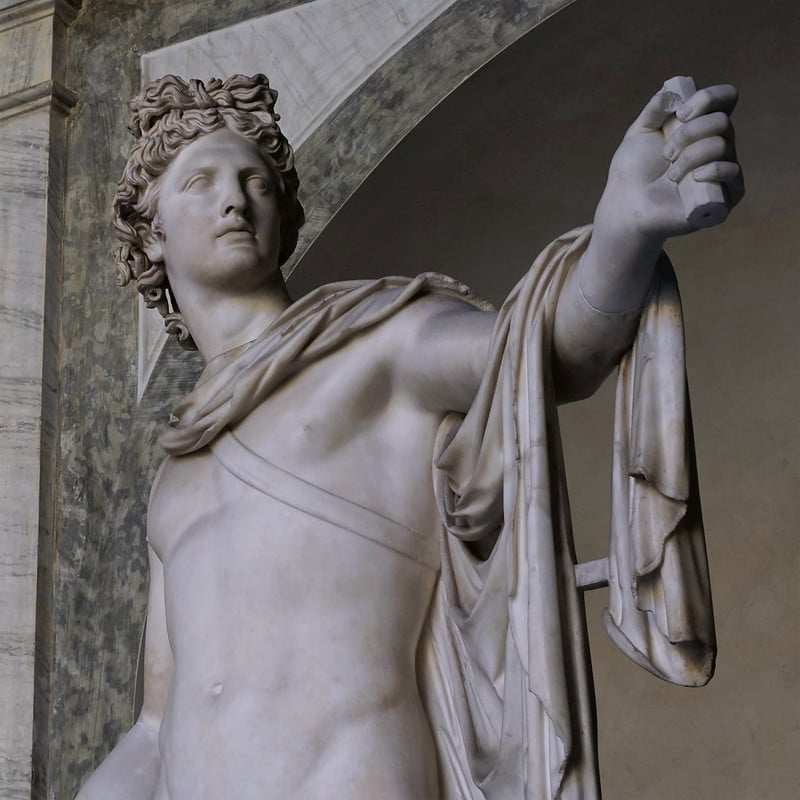 In addition, Apollo held dominion over crops and harvests and was thought to be able to protect them from harm.

This is not the end of Apollo’s interests and talents. You may have seen him on ancient Greek vases or other pictures shown as a young man with a stout beard and a lyre.

Here is the musical link we need to consider. Apollo’s lyre proclaimed the glory of Olympus and man’s communion with the Gods.

Joy and celebration are important features of Apollo alongside dance and poetry. Debussy would have been well-versed in the myths of the Greeks and although perhaps not a conscious decision, Apollo plays a part in the artistry of this piece.

Son of Semele and Zeus Dionysus had a fairly bumpy start to life ending up sewn into Zeus’s leg in order to be re-born following the demise of his mother.

In this way, we gain a flavour of what Dionysus would become. He was raised by the Bacchantes and therefore also had the name in Rome, given to him of Bacchus.

Perhaps one of the key powers Dionysus possessed was to inspire. One thought was that he was capable of creating a state of ecstasy, or fervour that fires the creativity and passion in artists.

In some great works of art especially from the late Renaissance, Dionysus or Bacchus if you prefer is simply portrayed as a larger-than-life, party monster having a wonderful time.

If you listen to ‘Claire de lune’ by Debussy, that image of Dionysus I have conjured does not seem to match Bacchus, except for the fact that he is the source of inspiration, creation and life. ‘Claire de lune’ as you are aware refers to moonlight. 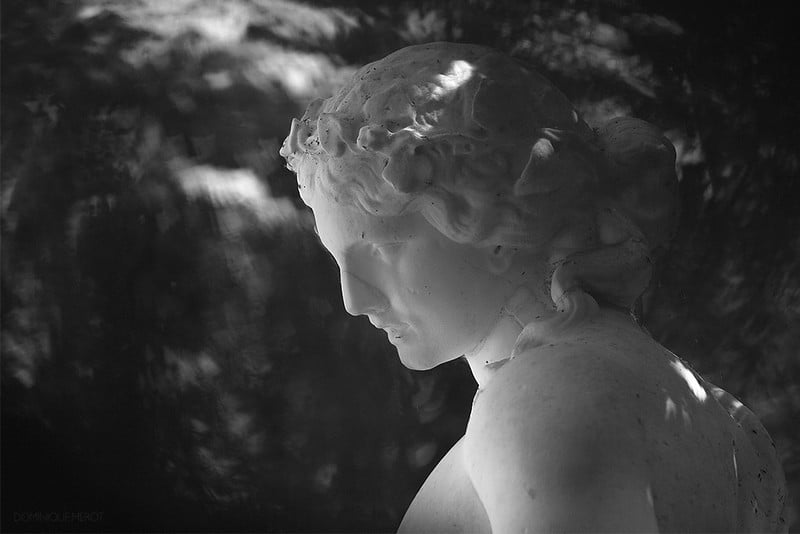 Here maybe the feasting and celebration of Dionysus exist but this raucous excess seems out of place in the gentle world of moonlight.

The Paul Verlaine poem that provides the stimulus for Debussy’s composition contains descriptions of playing the lute and dancing but all underlined in a masked sadness, fantastical and unfortunate.

Verlaine talks of the calm moonlight, and fountains that weep in ecstasy but also of an all-conquering love that offers kindness and hope beyond anything earthly existence might supply.

It is a troubled yet softly optimistic scene that Verlaine pictures leaving us with an uneasy sense of the serene. And, in the serenity of Debussy’s music I feel inhabits the presence of Apollo strumming lightly on his lyre as the muses dance around him.

You don’t hear angular, arching melodies that jar and disturb, instead, Debussy writes beautifully, curving phrases that rise and fall as the restful breathing of one asleep.

To give a further illustration, I would suggest that a work like Stravinsky’s ‘Rite Of Spring‘ is more closely associated with the essence of Dionysus than ‘Claire de lune’.

There is nothing of the frenzied madness that often accompanies the art world of Dionysus in Debussy’s music.

Returning to the title of this piece then, it seems apparent to me that even though Dionysus possesses power and the vitality of life his raw nature feels out of the realms of what Debussy composed.

Whilst there is spirit and energy in ‘Claire de lune’ it is the tranquillity that arrives most strongly throughout the piece not a sense of rampage and rebellion. An abundant positivity lies at the heart of ‘Claire de lune’, Apollonian far more than Dionysian to my ears.