This title is one that has concerned many books written by eminent academics over many decades and one we can address only in scant detail in this article. Beethoven’s influence on the music of his time and perhaps more importantly, on the music that followed is almost immeasurable. Even though Beethoven, like so many composers across the period, lived a short and troubled life, his pioneering approach to many aspects of composition remain with us today. Beethoven was an innovator, prepared to take enormous musical risks to further his creative ambitions. Out of his experiences and sheer effort, Beethoven built on the music of the past to create the music of the future.

If you examine Beethoven’s Piano Sonatas from the earliest (Op.2; No.1 in F minor),

it is relatively easy to appreciate the intense developmental process that Beethoven experienced. The early sonatas for piano model themselves on pre-existing sonatas, but as we advance through the opus numbers it becomes increasingly plain that Beethoven moves away from this quickly.

If you look at the famous C minor Sonata No.8; Op.13 (The Pathétique),

composed when the composer was only 27 years old it is possible to hear Beethoven is already departing from the ‘standard’ form you might anticipate from a classical sonata. The opening movement, for example, begins with a dramatically contrasting, the stormy section marked Grave. It not only serves as a lead into the main theme but conjures an intensely disturbing, dark mood that arrives at a harmonic resolution only at the very end of the section. As we move through the first movement the first theme is in the tonic, whereas the second theme Beethoven sets in E flat minor. It is an unexpected and dramatic twist that paves the way for Beethoven to explore radically new approaches to the tonal language.

As the piano sonatas progress Beethoven not only pushes the existing musical structures to breaking point but within these forms he drives the harmonic framework so hard that the tonal center is all but obscured. Beethoven achieves this not only through unusual use of thematic tonalities but also in his increasingly complex motivic development in his mid to late compositions. Consider that the Piano Sonata No.29 nicknamed ‘The Hammerklavier’ is grown from a single phrase that opens the whole work. It is this astonishing facility that singles Beethoven out as a composer between musical eras and one who opened up a vast array of creative possibilities for future composers.

The ‘Eroica’ Symphony (Op.55 in E flat major) is another wonderful example of a work that broke the mold.

On the surface level only, Beethoven composed a symphony on a scale far more daring than almost anything that had gone before. The exposition of the opening movement takes some unexpected harmonic turns and even in the first theme, there is tension brought about by the chromatic movement within. It is the development in which Beethoven shows his innovation and powers of composition. He extends this section of the movement, exploring and expanding upon rhythmic, melodic and motivic ideas that are in the exposition. The chromaticism and organic dissonance of this section are ground-breaking.

In the second movement, a funeral march, Beethoven skillfully exploits a traditional ternary structure but again, the amplification of this form is extraordinary in its scale. Beethoven even includes a major fugal section where one would expect a return of the original thematic material. It is actually an inverted version of the second theme.

The Finale is no less exciting. Beethoven chooses to use variation form and for me, it is in this type of writing that Beethoven surpasses the composers contemporary to him. The undeniable heroism is in full flow in this final movement and with each variation, Beethoven seems to be trying to out-compose himself. It is challenging to capture the enormous achievements Beethoven made with this symphony, but they stand as a major stepping stone forward in symphonic music. Such is the range of expression in this work and the sheer passion and range of orchestral textures with which it is realized, nothing after Eroica would ever be the same.

In Beethoven’s Piano concertos we also find great innovation. Even though Beethoven only completed five piano concertos they each represent significant steps in the evolution of the musical form. The final two concertos in the particular show just how far Beethoven’s compositional thinking had progressed. Both the 4th and 5th Concertos begin with the piano soloist. The piano takes far greater control of the direction in which the concertos flow and in a sense place the performer center stage, bathed in a heroic light. The use of the second movement almost as an introduction to the finale was in some ways anticipated by Mozart and Haydn, but with Beethoven, there is more than just an alteration of form. This change looks towards a single-movement concerto and solidifies the concerto into a whole work. Beethoven never loses sight of the emotional drive in his music and the organic flow from movement two to three is the ideal way of maintaining this tension.

Beethoven composed several astonishing string quartets that also illustrate his immense powers of innovation. Not only did Beethoven move away from the traditional minuet but he transformed it into the now more familiar scherzo, creating a completely new compositional direction for this classical form. For me, the ‘Razumovsky Quartets’ (Op.59), stand head and shoulders above the rest.

They are rich with originality, pushing the limits of the performers, displaying an extensive range of beautiful and terrifying textures, wrapped into ever-progressive musical structures. No material is wasted by Beethoven in these quartets, and every ounce of musical possibility seems to be explored and expanded.

This is such a brief sketch of Beethoven’s unparalleled achievement and influence on music that you need to look deeper into this composer’s life and music to fully appreciate the extent to which he changed music. Beethoven the hero, the political figure, the pianist, and the archetypal composer. 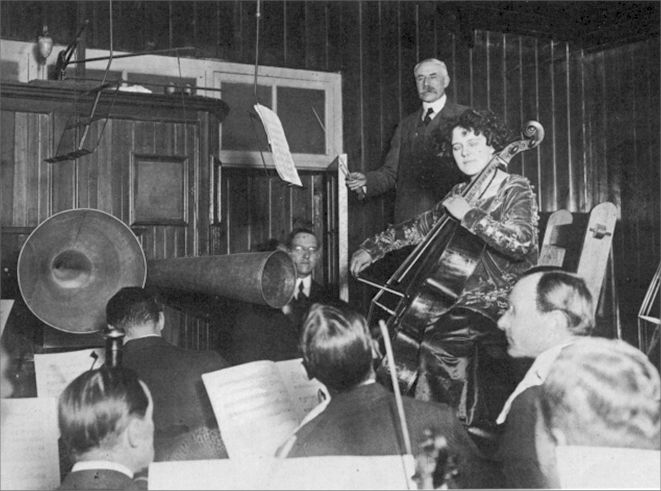 Jordan Smith - Jul 6, 2016
Cellist Beatrice Harrison produced one of the most famous early broadcasting recordings in May 1924 by playing in the garden of her Surrey home. She...

Listen to the first ever recording of Beethoven’s Fifth

Hail to the Chief: History of U.S. Presidential Anthem